Moving Forward from the Duggar Scandal: Sexual Abuse in the Church and the Epidemic of Silence 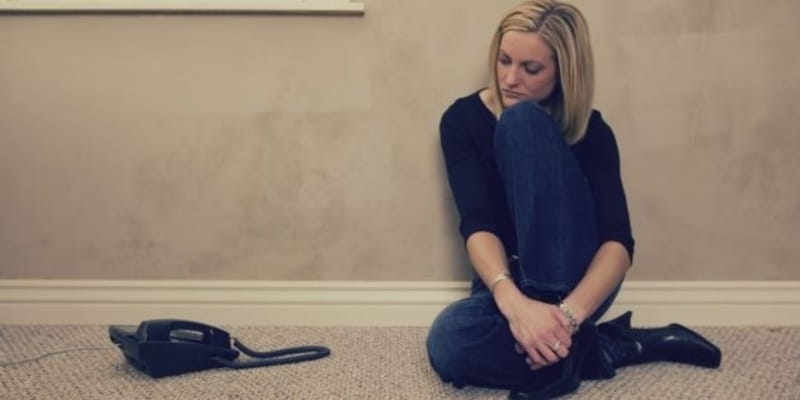 Moving Forward from the Duggar Scandal: Sexual Abuse in the Church and the Epidemic of Silence

Particularly over the past decade, story after story of alleged sexual abuse within the Catholic church surfaced, sparking conversations that needed to happen and inciting cries for justice.

But now the spotlight is on the evangelical world, with high profile sexual abuse cases gaining national attention. Last year, the nation read about sexual harassment allegations toward Bill Gothard and reports of Bob Jones University rape victim shaming and the mishandling of several cases.

And just last week, reality television star Josh Duggar admitted to the molestation of five young girls and resigned from his post at the Family Research Council.

The good news: the truth is getting exposed. The bad news: statistics tell us these stories are only the tip of the iceberg.

Statistics: The State of the Church and Sexual Violence

Many studies have concluded that around one in four women and one in six men have been victims of sexual violence at some point in their lives. Combined, that equates to just over 20 percent of the Church.

The findings of a June 2014 IMA World Health survey revealed that nearly three quarters of church leaders are not aware of the level of sexual violence victimization experienced within their congregations.

This same study showed that slightly more than half of pastors surveyed were not familiar with local resources available to victims. However, more than 80 percent of them would take the action necessary to help prevent cases of abuse if they had the resources and training to do so.

Russell Moore, president of the Southern Baptist Convention’s Ethics and Religious Liberty Commission, has been vocal about the need for dialogue around this subject from our pulpits and though church life, in general.

“We cannot assume that we can avoid this topic simply by making sure our doctrines are right, our values conservative, and our people sheltered from the world. If we are not addressing this issue, it is only because we are ignoring what is going on in our communities, and all too often in our pews,” Moore explained in the blog post.

“This requires that churches come with conviction to this question preemptively, before any specific situation arises, with a word from God.”

Boz Tchividjian agrees. He is the founder of GRACE (Godly Response to Abuse in the Christian Environment), a Christian-based organization whose mission is to recognize, prevent and respond to child abuse.

Tchividjian believes that an understanding of the subject within the church lays the foundation for protection and healing from sexual abuse.

“Most people in the church don’t know enough about the subject. We need to start conversations by reaching outside of our world to understand the issue. When we have a better grasp of the dynamics of sexual abuse, this will help the church develop and transform a culture that is safer for children and a safe place for abuse survivors,” he said.

“The more that issue becomes part of the DNA of the church, the less safe the offenders will be in those environments. And the less safe an offender feels in that environment, the more likely he will go elsewhere. The key is: do we have leadership in churches that acknowledge that we need to be teachable on this issue?”

There is growing anecdotal information that points to silence on the issue of sexual abuse within the church. While Jesus offers forgiveness to all who ask, Tchividjian points out that justice is too often forgotten when these cases surface.

“Often, when they (the offenders) confess, cry, and ask for forgiveness, we run to embrace that. And it’s much nicer to embrace the narrative of forgiveness and transformation,” he explained.

“And then, we see the Christian community say, ‘We need to move on. God can forgive him. Why can’t you?’ There need to be consequences, even if it has been hidden for years. Otherwise, what we are doing is leaving the victims behind.”

Other reasons for silence simply can be chalked up to a public relations issue—a means of saving face.

More specifically, Tchividjian said he hears an excuse in the form of not wanting to damage Jesus’ reputation.

“I’ve heard leaders say, ‘We don’t want to get this out into the open because it will hurt the image of Jesus.’ Well, Jesus doesn’t need us. This statement places too much focus on ‘we’ and not on Jesus,” he said. “It’s really just a pious way of protecting our own reputations, but it sounds more spiritual to say we are protecting the reputation of Jesus.”

Another reason, Moore believes, sexual abuse is swept under the rug in churched contexts is because it is often mistaken for sexual morality.

“Sexual abuse is immoral, but it is far more than just sexual. Sexual abuse is an act of violence, in which one leverages power to sexually violate the helpless. The resulting aftermath is not just a guilty conscience awaiting judgment on the part of the perpetrator, but a victim who has been assaulted,” he wrote.

What Should be Done?

Can the love of Jesus extend to the life of a sexual predator?

“Yes,” Tchividjian said. “But it doesn’t mean the predator is not dealt the earthly consequences of his or her actions.”

And to both Moore and Tchividjian, that means church discipline and civil discipline.

“The state has been given the sword of justice to wield against those who commit crimes (Rom. 13:1-7). The church has no such sword (Matt. 26:51-53). This means that the immediate response to allegations of sexual abuse is to call the civil authorities, to render unto Caesar the responsibility that belongs to Caesar to investigate the crime,” explained Moore.

“The church may or may not know the truth of the allegations, but it is the God-ordained prerogative of the civil authorities to discover such matters and to prosecute accordingly. When faced with a question of potential sexual abuse, call the authorities without delay.”

When civil justice is brought as well as ecclesiastical justice, the gospel is on display.

“The gospel is all about light and truth. When you don’t bring something into the light, you are in direct conflict with the gospel,” said Tchividjian. “The gospel is also about a God who sacrificed himself to save and redeem the individual. But when churches and Christian organizations sacrifice the individual to save and redeem themselves, they are doing the complete opposite of what the gospel calls them to do.”

Joy Allmond is a web writer for the Billy Graham Evangelistic Association, and a freelance writer. She lives in Charlotte, N.C., with her husband, two teenage stepsons and two dogs. Follow her on Twitter @joyallmond.