The Biggest Pro-Life Goal for 2017 is Halting U.S. Taxpayers’ Funding of Abortion 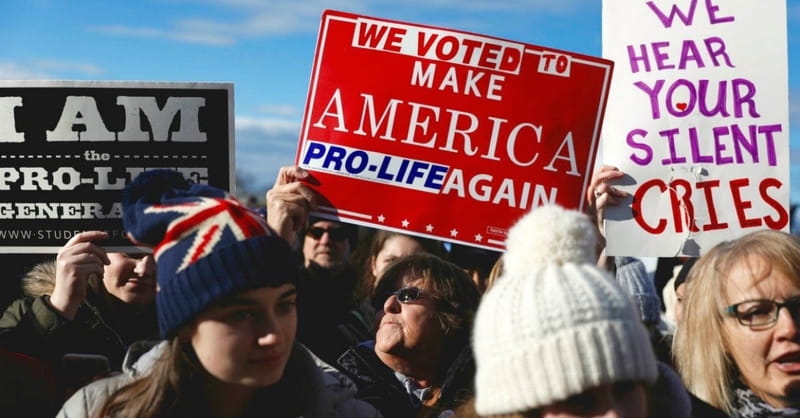 The Biggest Pro-Life Goal for 2017 is Halting U.S. Taxpayers’ Funding of Abortion

It’s been a whirlwind of activity since the inauguration, giving hope to pro-life advocates that our persevering prayers to end abortion will soon be answered. Now that a Constitutional champion has been nominated to the U.S. Supreme Court, we consider other key goals.

Halting government funding for abortion is a vital part of our strategy. When people pray outside abortion centers, we call it a Silent Siege. And when an army sieges a city, victory is only achieved when the supply lines of the enemy are cut off.

There are three major initiatives underway to get taxpayers out of the abortion business: restoring the Mexico City Policy, defunding abortion providers and making the Hyde Amendment permanent. Let’s consider each one—starting with one already realized!

President Trump made a significant stride in fulfilling his pro-life campaign promises when he reinstated the Mexico City Policy on his first Monday in office. This one executive order will halt $600 million U.S. tax dollars, over the next four years, from funding organizations overseas that promote and provide abortions.

President Ronald Reagan first signed the Mexico City Policy in 1984. Since then, Democratic presidents have repealed it soon after taking office—while Republicans have reinstated it as President Trump did. Yet success is always met with opposition.

Eight nations are now vowing to raise their own funding so there is no “gap” in providing and promoting abortion worldwide. The primary beneficiary of this funding will be the International Planned Parenthood Council, currently chaired by Alexander Sanger; he is the grandson of racist eugenicist Margaret Sanger, founder of Planned Parenthood.

Globally, pro-abortion groups are also turning to wealthy philanthropists. Bill and Melinda Gates, whose foundation does remarkable work stopping the spread of disease and educating underprivileged communities, have nonetheless been approached to fund “family planning”—including abortifacient forms of birth control.

Bill Gates seems to support the pro-abortion cause in a recent interview, saying, “When government leaves an area like [family planning], it can’t be offset, there isn’t a real alternative. This expansion of this policy, depending on how it’s implemented, could create a void that even a foundation like ours can’t fill.”

Perhaps his foundation should change its slogan to All Lives Have Equal Value (except in the womb). It’s tragic that pro-abortion philanthropists refuse to see their humanity. Clearly this issue of global abortion funding will continue to animate pro-choice activists.

The nation’s largest abortion provider, Planned Parenthood, currently receives $553 million dollars every year from U.S. taxpayers. Dr. Brent Boles, a practicing OB-GYN in Tennessee, has spent years scrutinizing Planned Parenthood and their practices after having to save young women from botched abortions in his medical office.

If new legislation passes, groups taking innocent lives would no longer receive federal funding. But it will take more than one bill to achieve this goal.

This week, the U.S. House released its budget reconciliation bill—designed to fund federal government operations, which currently expire at the end of April. This bill has been paired with certain provisions to repeal and replace Obamacare.

Family Research Council provides an overview: “Congressional leaders agree with the importance of making sure this bill has rock solid pro-life protections. However, there is still a pro-life concern in the bill because it could allow funds from the refundable credits to pay for abortions in health savings accounts.”

Essentially, the reconciliation bill will halt 75 percent of public funding to abortion providers for one year. By tying the repeal of the Affordable Care Act and the defunding of Planned Parenthood to this “must pass” bill, Republican congressional leadership hopes both have a greater chance of passing despite opposition.

Reconciliation bills only need a simple majority of Senators to pass, versus the usual three-fifths majority—and they are not subject to filibusters. The move eases their chances of passing the defunding measure, since Republicans have a 52-48 majority in the new Senate.

What about the other 25 percent of funding to abortion providers? It will take state-level efforts to halt those dollars. Since the release of investigative videos revealing Planned Parenthood practices, 24 states have attempted to halt Title X funding for the group—thus far, 15 have prevailed.

Two days before President Trump entered office, the Obama Administration instituted an administrative measure banning states from withholding federal dollars from groups that provide abortions. It’s a federal overreach that only makes sense in light of how the abortion industry funds Democratic candidates.

On February 16, 2017, the House of Representatives overwhelmingly passed H.J. Resolution 43 by a 230-188 vote to overturn this rule. Now the action on this bill goes to the Senate, which must pass S.J. Resolution 13 to reverse President Obama’s last-minute gift to Planned Parenthood.

States should have the freedom to exclude certain providers from receiving funding, especially in the case of Planned Parenthood when their unethical practices are actively under investigation.

The final aspect of preventing abortion funding gets a little technical, but it is nonetheless important: “codifying” or making permanent through legislation, the Hyde Amendment—a policy attached to every appropriations bill annually since 1976, ensuring that no taxpayer funds directly fund abortion services.

The No Taxpayer Funding for Abortion Act, which already passed the U.S. House on January 24, would compel even future lawmakers to follow the path of life by making the Hyde Amendment permanent—instead of an annual renewal always debated.

Now the Senate version awaits a vote before President Trump can sign it into law. Pro-life leader Rep. Diane Black (R-Tennessee) provides an excellent explanation of why this policy matters in her speech on the House floor.

Marjorie Dannenfelser, president of pro-life advocacy group Susan B. Anthony List, recently said: “There’s never been a time, ever, when the muscle of the pro-life movement has been so strong.” Will that strength result in true pro-life policy change?

We must never let our successes be taken for granted, It’s paramount for all pro-life citizens to continue to fight and pray every step of the way. No voice should be silenced!

Debby Efurd serves as president of Dallas-based Initiative 180 and its program of recovery, Peace After the Storm. She earned a bachelor’s degree in counseling from Dallas Baptist University. Debby is the author of Go Tell It! (which released in 2015) and a blogger for Bound4LIFE International, a grassroots movement to pray for the ending of abortion, carry the spirit of adoption, and believe for revival and reformation.

Photo: More than 300,000 pro-life advocates made their voices heard at March for Life 2017