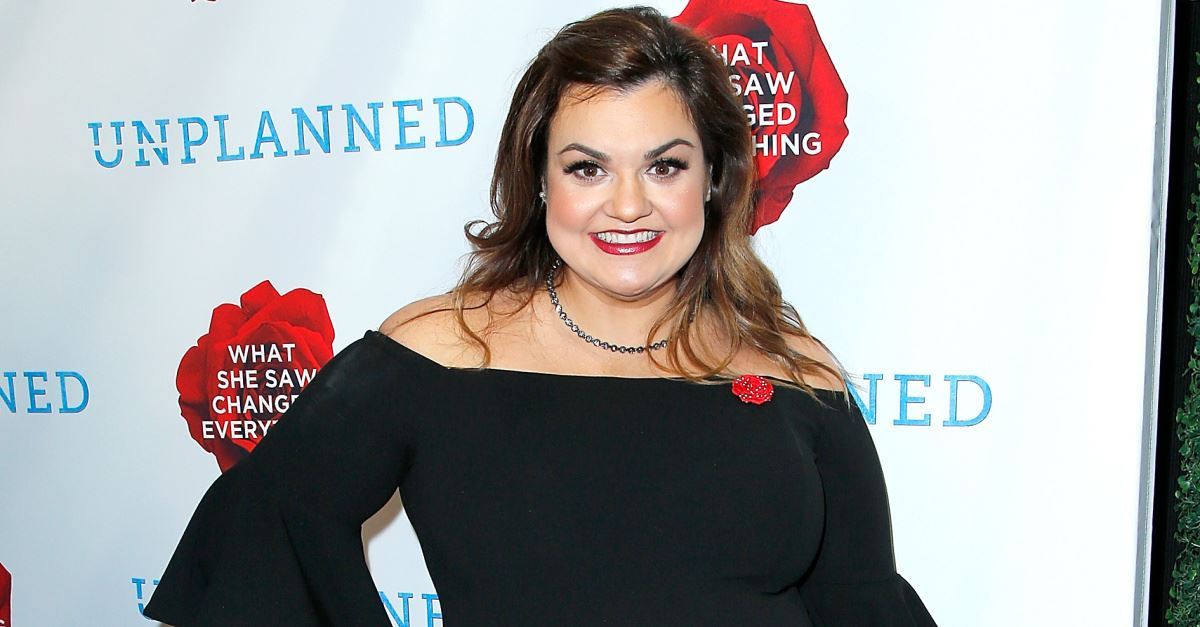 One day, about a decade ago, a Planned Parenthood abortion clinic director saw something at her own clinic – and it made her instantly pro-life.

I interviewed Abby Johnson on the radio a few years ago. She told me about something that happened that made her question how good Planned Parenthood really was: “I had been instructed to increase the abortion quota at our facility, which was strange to me because I really got involved with Planned Parenthood, believing that abortion was something we were trying to eradicate, [to] make unnecessary through various education programs.”

I said, “Safe, legal, and rare?” She said, “Sure, that’s what we said to the media, and that’s what I believed.” She naively thought abortion (as a last resort) was helpful to women.

Abby said in a television interview for D. James Kennedy Ministries (DJKM): “Planned Parenthood says that they offer options counseling, but that’s not true... they don’t really know how to effectively counsel on anything but abortion. I was great at selling abortion. I was a very, very good salesperson. I could sell an abortion to anybody. It’s so easy when you get a woman into your office, and she is vulnerable and she’s unsure.”

But on September 26, 2009, at the request of a visiting doctor who insisted on sonogram-assisted abortions, Abby ran the sonogram machine and saw from a different perspective what her life’s work (up to that time) was really all about.

In her book, The Walls Are Talking(with Kristin Detrow, 2016), Abby writes, “As I stood watching, a thirteen-week-old unborn child struggled and lost its life within its mother’s womb, finally crumpling and disappearing into the cannula, a hollow plastic tube attached to the suction machine by a flexible hose.”

She described it this way in the DJKM television interview, “I was just in shock. I couldn’t believe what I was watching. And the baby was actually making some progress. It was moving further and further away from the instrument, so much so the doctor had to reposition the cannula. And he finally got everything in place, and he asked the technician to turn on the suction, and she did.”

Abby continues, “In just, a few moments, I saw the child’s body begin to go through that tube.

For those few moments I was watching this child fight hard for its life. It didn’t have a chance. We had all those instruments and all that technology, and that little baby didn’t have a fighting chance, and it did fight.”

Abby adds: “I walked out of the room that day just realizing, ‘I’ve got to make a change. Never again. I’m never going to participate in this again.’”

Today, Abby’s story can be seen on the big screen. Unplanned, based on her best-selling book of the same title (with Cindy Lambert, 2010), opened this past weekend and was a surprise hit. It came in number four at the box office, which is quite an accomplishment for an independent pro-life movie that virtually all of Hollywood does not want you to see. I saw it on its opening weekend and highly recommend it.

Eric Scheidler, executive director of the Pro-Life Action League, told me: “The depiction of abortion in Unplanned is something that every pro-life person should see – and every pro-choice person.”

Today, one of Abby Johnson’s central goals is to assist abortion clinic workers who want to leave the abortion industry. Her organization, And Then There Were None, is directly geared toward this.

In her book, The Walls Are Talking, Abby says she relates to Mary Magdalene: “I have also done my fair share of sinning. And I have also been forgiven much more than I deserve. I abused and betrayed women in the worst possible way. I convinced them to kill their children…. It was Christ who changed me.”

If you haven’t seen the movie yet, make your plans to go seeUnplanned.