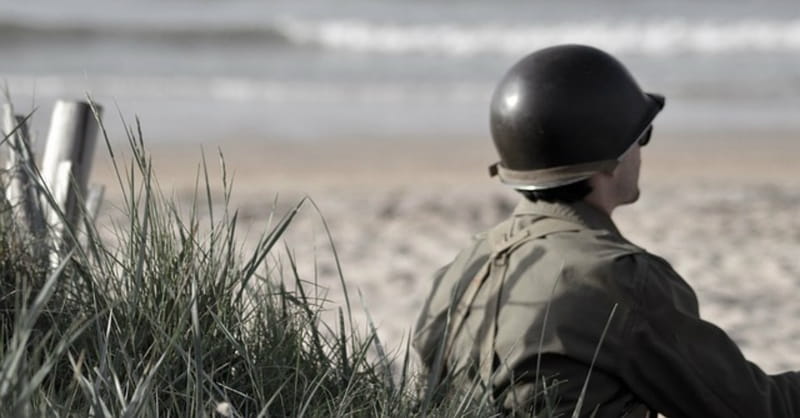 “Just existing became what was important.”

“Yet even as I struggled with the day-to-day sadness and despair,” said Frank, “I never once had any regrets that I signed up to serve.”

An extended tour of Nazi camps as a wounded POW scratching for survival wasn’t what Frank had in mind when he signed up to serve his country in World War II. The kid from the smoky steel-mills of East Pittsburgh enlisted in the Army Air Corps. He became a tail-gunner.

Frank’s life took a dramatic turn on November 2, 1944 in a bomb-run over Germany. He crammed into the tail of a B-17, wedged inside a flak jacket. The target was Merseberg, a major industrial area. He flew amid an air armada of 500 heavy bombers—each carrying eighteen 250-pound “general purpose” bombs—escorted by 900 fighter planes.

While the Americans were ready for business, so was the Luftwaffe. Frank’s plane came under hot pursuit by German fighters. Frank took them on with a twin .50 caliber machine gun. It was a dogfight, and Frank was badly wounded. His B-17 was filled with holes. The crew had to bail, quickly.

Frank was bleeding profusely and could barely move. His buddies tried to get a parachute on him, but it opened inside the plane. They wrapped it around him, taking care not to cross the chords, and tossed him out. To Frank’s great relief, the chute opened. Instantly, the deafening chaos quieted, and Frank said he floated like he was on the wings of angels.

The tranquility halted with a rude thump as Frank hit the ground. German soldiers immediately seized him.

Liberation finally came April 29, 1945, by General Patton’s Third Army. Frank described the jubilant scene: “After the flag was raised, General Patton rolled in, sitting high in a command car. His very presence was awe-inspiring. I stood there staring at General Patton, our liberator, appearing larger than life.”

Thousands of emaciated, ecstatic POWs chanted, “Patton! Patton! Patton!” Some fell to their knees, overcome with emotion. Patton seized a bullhorn and spoke: “Gentlemen—you’re now liberated and under Allied control…. We’re going to get you out of here.”

Frank eventually arrived in New York City and hitchhiked all the way to Pittsburgh. He unceremoniously arrived at his folks’ front door—no trumpets, no dramatic music, no parade. He hugged his mom and dad and sat down. He found and married his sweetheart, Anne.

How did Frank survive this Nazi “hell-hole?”

“All I can say is that the good Lord was watching out for me,” wrote Frank in a riveting memoir, Eleven Two: One WWII Airman’s Story of Capture, Survival and Freedom. There, Frank provided the secret to his survival and success: “Pray. It helps.”

It’s a message that Frank shared with young people every chance he had: “I prayed throughout my ordeal, asking Him for help.” He shared it with me, my sons, and a classroom of my students four years ago.

As Frank prayed, he promised God that he would never complain about anything again if he survived. That’s a promise he kept. Our blessings are so bountiful that we need to be grateful, especially compared to the deprivations others have faced—like a Nazi prison camp. We need to be always grateful, said Frank, and always faithful.

That was Frank Kravetz, winner of the Purple Heart.

I’ve told Frank’s story before. I tell it again now for two reasons: First, Veterans Day falls again this November (as does Thanksgiving), a time to remember men like Frank. And second, sadly, this will be a Veterans Day without Frank Kravetz.

Frank died in August, at age 91. He joined his beloved wife Anne, who died just four months prior. They were married for 68 years.

A mutual friend attended Frank’s funeral and the luncheon that followed at the local VFW in East Pittsburgh, of which Frank was a founder. He told me that of the 100 original founding members, only two remain.

This Veterans Day, let’s take a few minutes from our insanely busy lives and from this insane culture and country—one that those vets would not recognize—to remember men like Frank Kravetz who served with no regrets. The freedoms we have today, many of which we merrily abuse today, are possible only because of the abuse they suffered at the hands of hellacious enemies 70 years ago.

Dr. Paul Kengor is professor of political science and executive director of The Center for Vision & Values at Grove City College. His latest book is 11 Principles of a Reagan Conservative.