Suicide by Any Other Name 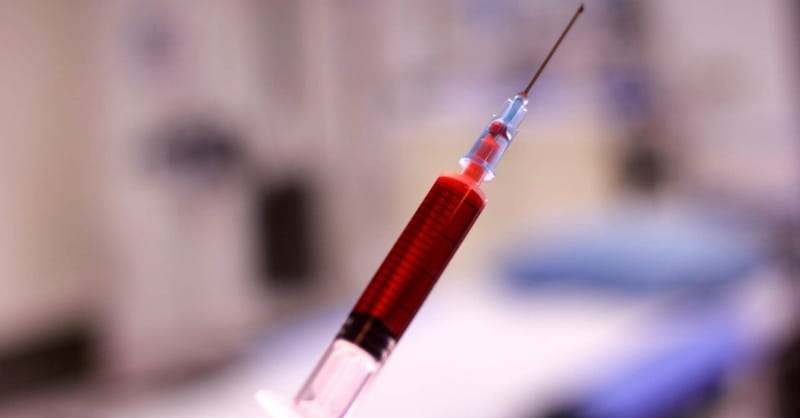 Suicide by Any Other Name

The grim reaper is feeling bullish.

Following success in California — the fifth state where doctors are now free to prescribe lethal doses of medication to terminally-ill or dying patients —  so-called “right-to-die” activists have turned their eyes to Maryland, New York and beyond.

“I think that this is a national wave,” Maryland House of Delegates member Shane E. Pendergrass told The Washington Post. Pendergrass plans to sponsor “right-to-die” legislation in January.

It’s a wave with the potential to sweep some of society’s most vulnerable — the elderly, the terminally ill and disabled — prematurely into the hereafter.

When Oregonian octogenarian Kate Cheney was diagnosed with terminal cancer, she sought a prescription to end her life. The first doctor denied the request due to concerns about Cheney’s mental capacity and her daughter’s aggressiveness. A second doctor deemed Cheney mentally competent but noted that her “choices may be influenced by her family’s wishes and her daughter, Erika, may be somewhat coercive.”

Months later, Cheney gathered with her family, drank the deadly mixture provided by her doctor and died.

But verbal cloaking is the stock in trade of the “right-to-die” forces. The Orwellian-speak they employ to describe their effort is telling. It’s death by euphemism.

For starters, no one is being denied the “right to die.” What some are trying to prevent is the drafting of doctors into the death business. Physicians are meant to help us heal or provide relief from pain. They aren’t supposed to play assistant in a suicide.

Oh, but we aren’t supposed to refer to self-inflicted death as “suicide.”

Rocky Shaw, president of the California State Coroners Association, told the Los Angeles Times that before California’s new law passed if someone took a lethal dose of drugs it would be ruled a suicide. But the new law states that “death resulting from the self-administration of an aid-in-dying drug is not suicide.” This, according to Shaw, “leaves a question about how to classify” a physician-assisted death.

This is no doubt because Compassion and Choices, a national “right-to-die” organization that lobbied for the California law is working furiously to, according to its website, “Normalize accurate, unbiased language throughout the end-of-life choice discussion (‘aid in dying’ instead of ‘assisted suicide’).”

Like all Orwellian creeds, it states the opposite of its intention. The goal here is to ensure that inaccurate and biased language is used to obfuscate the truth.

Interestingly, Compassion and Choices was once called the Hemlock Society just as the Euthanasia Educational Council morphed into the more gauzy Concern for Dying.

Assisted suicide advocates often claim that they merely want to help people avoid pain in their final days. But according to Oregon’s public health department, the top reasons given for physician-assisted suicide in the state are loss of autonomy (91 percent), decreased ability to engage in enjoyable activities (87 percent), loss of dignity (71 percent), loss of control of bodily functions (49 percent) and becoming a burden on others (40 percent).

Is anyone ashamed that we live in a culture where people believe that if they aren’t autonomous or might be a burden on others that they should ingest drugs and die? This is the unrelenting message of the “right-to-die” crowd that sees “dignity” in shoving people toward death when they are in their most vulnerable state.

This attitude is reminiscent of “the Quietus” as it was called in P.D. James’s dystopian novel “The Children of Men.” Elderly people, who were viewed as a drain on society’s resources, would don white garments and commit mass suicide in a ceremony covered approvingly by the media. It turned out that many were drugged and coerced by the government.

Today, sadly, the coercion seems to be coming from closer to home.

Kirsten Powers writes weekly for USA TODAY and is author of “The Silencing: How the Left is Killing Free Speech.”