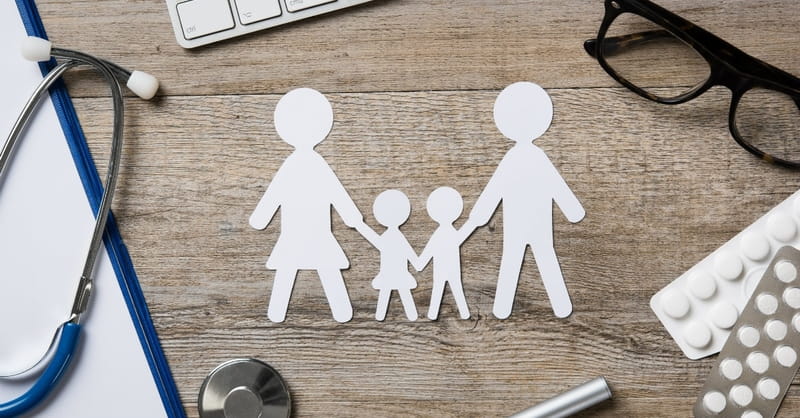 Throughout the centuries, the Christian church has been involved in health care. Jesus healed the sick, showed compassion to the needy, and told us to go and do likewise.

The church created the phenomenon of hospitals. Even today, all over the world, many hospitals and many medical clinics in out of the way places do what they do because they were ultimately inspired by the love of Christ.

But what about those who want to serve as a medical missionary yet they have an unpaid student loan that helped train them to become a doctor, a nurse, a physical therapist?

MedSend out of Charlotte was founded in the early 1990s to help meet this need. Recently, on my radio show, I interviewed Rick Allen, the president and CEO of MedSend.

Allen told me, “In the mid-1980s, there was a recognition that several mission hospitals and clinics around the world were in danger of closing because a new generation of health-care providers was not coming to replace those that were of the World War II generation, who were looking to come home. So a study was made at the Billy Graham Center of Wheaton College, and what was uncovered was that it was educational debt…individuals felt called to missions, but they would take ten years or so and pay it off. Of course, life happens. You get the practice. You get the family. All the responsibilities. And they weren’t going. They were hunkering down here in the U.S., and it was the debt that was the core issue.”

So, as a project within the Christian Medical & Dental Association (CMDA), MedSend was born in 1992.  MedSend has since spun off as its own organization.

Rick Allen says they have been able to free up over 650 healthcare professionals to serve in the field. The former students are carefully screened to make sure they practiced good stewardship in their loans and expenses. The candidate makes a commitment to the mission field for at least two years, and during that time their loan payments are picked up by MedSend.

Allen says they are currently supporting about 200 health care professionals across the globe, including those working in urban settings in the U.S. Of those helped by MedSend, 50% are doctors, 25% are nurses, and 25% are other health-related personnel.

Because of MedSend, active Christians who could not have afforded to go otherwise are able to serve effectively. Among them:

Dr. David Stevens is the current CEO of the CMDA, the organization that helped give birth to MedSend about 25 years ago.

I’ve interviewed Dr. Stevens on a few occasions. He told me, “We need to be on the front lines as Christians health care professionals, giving of our skills to the poor as we have done for centuries through the church….God can use us to be examples, to make a difference in these people’s lives---‘they will know we are Christians by our love.’”

Commenting on MedSend, Stevens observes, “Healthcare missions is the key to penetrating difficult-to-access countries and completing the Great Commission. The greatest barrier for those desiring to serve is educational debt. MedSend has eliminated it---enabling hundreds of missionaries to bring health and the Gospel around the world. They are fueling a renaissance in medical missions!”

Despite all the opposition in some quarters of this world to Christian missions, Allen notes, “Even where other forms of Christian witness are not welcome, a healthcare professional, frankly acting as a tentmaker, if you will, is still welcome. So at this point, they’re welcomed to every country in the world except one.” (That would be North Korea).

He adds, “As the world becomes more difficult and dangerous, as well as closed to Christian witness, healthcare still is a leading edge in global missions today.” It’s good to see that they have found a creative way to help get those on the mission field who want to serve, while addressing their debts that stood in the way.