Ravi Zacharias Was One of the World's Most Famous Apologists. He Was Also My Friend. 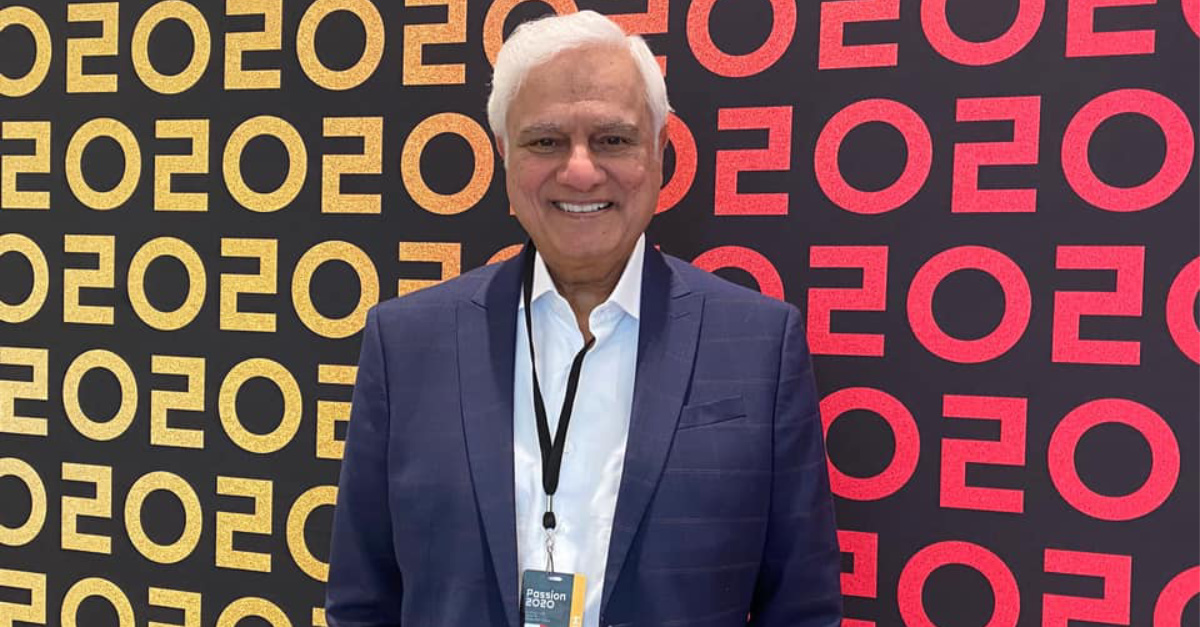 Ravi Zacharias Was One of the World's Most Famous Apologists. He Was Also My Friend.

“If you meet Ravi Zacharias, please introduce him to Billy.”

These were my mom’s words as I was starting in ministry. My brother Billy, who could be mistaken as my twin, lived in Hong Kong, and my mom was convinced that his life was supposed to be connected to Ravi, the one Asian believer she knew of.

“Mom, I don’t know Ravi Zacharias,” I told her as graciously as I could. “But if I do meet him, I’m not sure introducing him to my little brother will be the first topic I’d bring up.”

“Well, I’m praying about it,” my mom replied.

In 2013, I finally did meet Ravi in Bangalore, India at a gathering of Christian leaders. More than his accolades of honorary doctorates, countless books and meetings with kings, sheiks, and presidents, it was his humility and availability that most impacted me that day and in the years that followed. He made time for me amid a busy conference schedule where he was a keynote speaker, and I was a lowly young evangelist attendee. He even invited me to visit him in Atlanta. Whether he thought I’d take him up on it or not, I don’t know, but I booked my flight that day and our friendship began!

Ravi gave his life to the gospel, which meant he had given his life to investing in others.

“Nick, many preachers are too focused on themselves and their platform,” he told me once. “It’s easy to surround yourself with people who can help you, instead of those who can go beyond you. I want to encourage you to find leaders and pour into them.”

Ravi modeled this firsthand in my life, and the way he ran his organization had a deep influence on the way we run ours, Pulse.

Over the seven years I was privileged to call him a mentor. He called me countless times just to check in. He asked about my marriage. He asked me about my challenges. He asked me how our funding was, and when we were struggling, he came to speak at a fundraiser for us and even introduced me to some of his donors. When he endured a humiliating season related to his honorary doctorates and a false accusation that went public, he was vulnerable with me like I’d never seen a leader, which gave me freedom to be vulnerable as well. At crisis moments, Ravi would make time for me. He was my friend.

At my invitation, Ravi took part in events with us in Kiev, Jakarta, Washington and Dallas. In 2016, he joined us on the National Mall for a gathering called Together 2016, even standing up for us when other evangelicals backed out over a promotional video shot by Pope Francis for the event. At a moment that could have crushed our organization, Ravi risked his relationships for us.

Every time I would ask Ravi to speak his response was the same: “Nick, you and others are good with the big crowds, but I’m not sure I can connect in that setting. I do better at universities.”

Far from false humility, Ravi Zacharias, a giant of the faith, was insecure. I’m sure today there are millions of young people who are thankful that he faced his fears and began speaking at larger venues.

I finally did get up the courage to ask Ravi about my brother, and while I couldn’t make the connection between the two of them on my trips to Asia, God answered my mom’s prayers and made a way. Sitting in a hotel lobby in Taiwan, Ravi Zacharias walked right past my brother who was there on a business trip. Emboldened by my persistent mom, Billy got up and

said, “Mr. Zacharias.” Ravi looked up and said, “You must be Nick’s brother!” Ravi and Billy spent a few hours together that evening and have stayed connected ever since. It’s just who Ravi was, always available to others.

Ravi Zacharias changed my life, and I believe his homecoming will produce an exponential wave of evangelists, apologists and everyday believers emboldened to follow his example. On May 30, we are hosting an event in his honor called Make Jesus Known, to train and equip believers around the world to share the faith that Ravi gave his life to.

During my last conversation with Ravi less than two weeks ago, we prayed together, and celebrated our recent collaboration over Holy Week. In the midst of quarantine, our team put together an evangelistic program featuring Ravi’s message, some musical guests along myself sharing a gospel invitation that was translated into 43 languages. Nielsen ratings estimated over 100 million people watched the broadcast, and over 135,000 people texted, called or emailed indicating a response to the gospel. Sitting in chemotherapy, preparing for his final days, Ravi Zacharias spoke to more people than ever before.

“Isn’t God amazing, Nick? He is moving,” Ravi said to me. Until the end, he was focused on Jesus.

Nick Hall is the visionary of the Together movement, author of Reset, and the founder of PULSE, a ministry at the center of the largest millennial-led prayer and outreach efforts in the world. He is the president and CEO of The Table Coalition and sits on the board of the National Association of Evangelicals. Follow him @NickHall.