Pro-Life Laws Are Needed... but They Are Not Enough 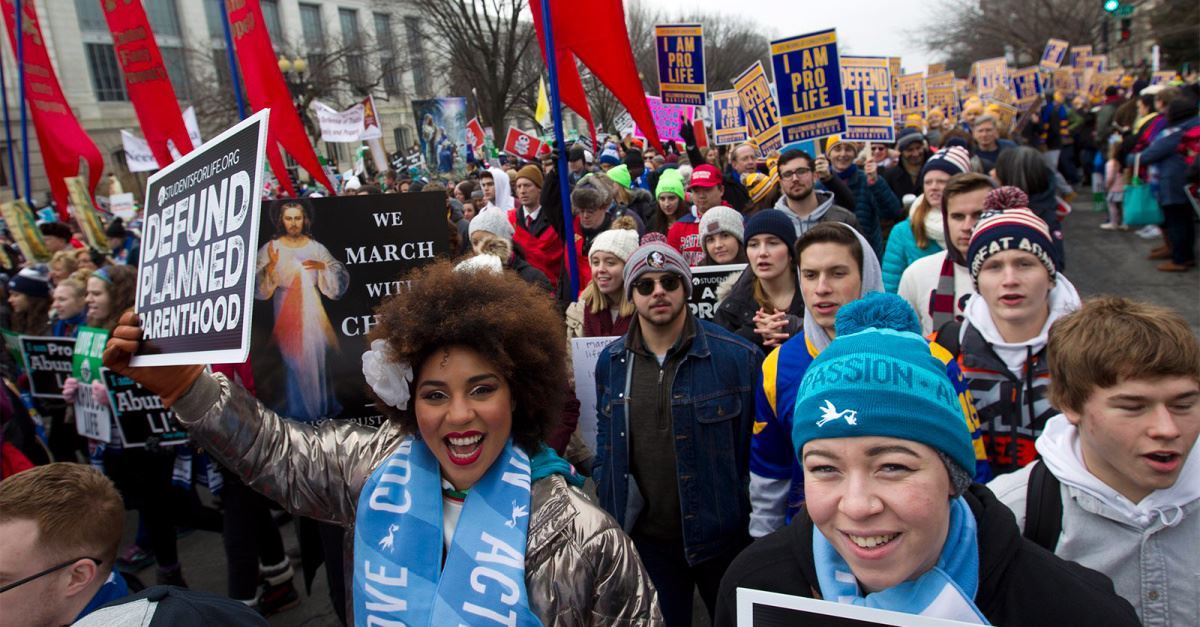 Pro-Life Laws Are Needed... but They Are Not Enough

(RNS) —  In recent months we have seen a renewed and strengthened push to limit access to abortion on demand in a number of states across the country. We have seen legislation passed in states like Alabama, Missouri, Georgia, Mississippi, Kentucky and Ohio that significantly reduces access to abortion.

The response has been a bit typical.

Many conservative Christians, especially those who are historically inclined to vote Republican, have applauded these efforts.

On the other side are Christians, often more progressive and seemingly likely to vote Democrat, who contend that these legislative efforts are unhelpful and instead seek legislation that promotes poverty alleviation, medical access and adoptive efforts.

Interestingly enough, both sides call themselves pro-life, and both sides often seem frustrated with the other.

This strange and, in my view, unnecessary dichotomy between the two Christian camps makes no sense to me.

As a follower of Christ, I am convinced that the Christian call is to protect and contend for life. My identity as a follower of Jesus transcends my political loyalties. I believe that I am an ambassador for Christ.

This means that when pro-life legislation is passed, or in process, I’m going to support it, regardless of which party offers it.

Laws are not the only way to protect the vulnerable, but they are necessary. We should want our laws to recognize the dignity of every human being.

Yes, please. Why? Because I am pro-life.

Increasing access to healthcare and working to alleviate poverty? Yes, please. Why? Because I am pro-life.

Beyond that, I worry that much lip service gets offered in the name of legislation, but little action on the ground is attempted. We expend a lot of energy, on the right and on the left, contending for our view of the best way to help protect and preserve life, but legislation can only go so far.

Our family is an adoptive family, and an interracial family at that, and we’re in the application process to serve as volunteers with our local children’s home.

Because we are pro-life.

I am working with our church, with a local non-profit that works toward poverty alleviation and with a local church that is predominantly made up of racial minorities to create pathways to long-term sustainable economic success for minorities in our city.

Because we are all pro-life.

As important as pro-life legislation is, in all its various forms, grassroots efforts to care for mothers, to provide for unwanted children and to build systems that alleviate the need for abortion are going to ultimately make the difference in creating a culture that is thoroughly life-centric.

I am tired and frustrated, not of the pro-life cause but of the polarization and the seemingly partisan lines that we draw as followers of Christ.

I wonder, for my conservative friends, what would happen if Roe v. Wade was overturned?

Would your version of the pro-life movement still be necessary?

If abortion were outlawed, that would not be the end of our pro-life work, but the beginning, because in every generation, the powerful will seek to exploit the vulnerable. And for my progressive friends, if governmental efforts to eradicate the underlying causes of abortion were thoroughly and successfully implemented, would you still be ok with the idea that abortion is permissible, even as science pretty soundly tells us that life in the womb is exactly that, life?

No matter where you stand on the spectrum, we all agree that our country has a problem, a problem where children are unwanted and simply don’t have the provisions necessary to live a long, healthy and happy life.

This should be unacceptable in a civilized society. As a follower of Christ, I’m going to stand for life, both the Republican and Democrat versions, when they present themselves, because life matters more to me than partisan politics.

Scott Sauls, pastor of Christ Presbyterian Church in Nashville, Tenn., claims that every Christian should be “too conservative for liberals and too liberal for conservatives.”

I profoundly agree with Pastor Sauls.

The problem is, I fear that too many Christians view their Jesus through a Republican or Democrat lens.

Until we can shed our political identities in favor of a Jesus-centered identity, the cause of life will never be best served.

So let’s be pro-life.

But let’s be completely pro-life.

We can’t afford to get this wrong.

(Micah Fries is pastor of Brainerd Baptist Church in Chattanooga, Tenn. and co-author of “Islam and North America: Loving our Muslim Neighbors.” The views expressed in this commentary do not necessarily reflect those of Religion News Service.)