Pastors: Stop Trying to be Popular 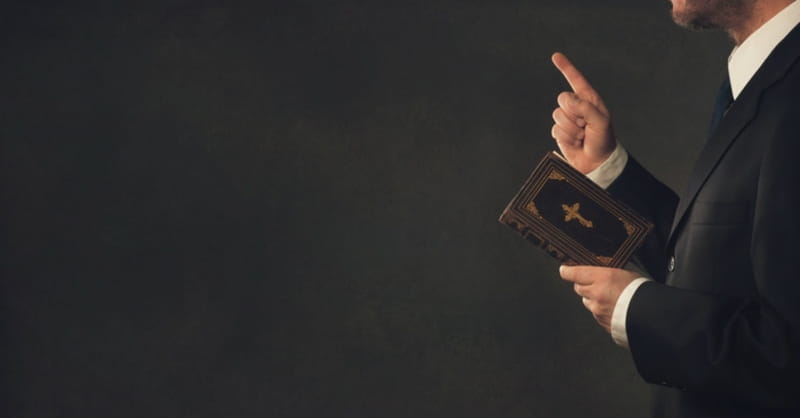 Pastors: Stop Trying to be Popular

A few years back, I listened in astonishment as some​ prominent "Christian" leaders talked about replacing “preaching” with “having a conversation.”

At first, I thought that they might be confusing individual conversations with how we should speak to the masses, but I was wrong. They felt that we should stop “preaching” from the pulpit and start being more passive and less confrontational. Never mind the fact that Jesus said, “I must preach the kingdom of God to the other cities also, because for this purpose I have been sent” (Luke 4:43). But according to many, it’s time to replace the pulpit with a couch and preaching with conversing.

​It’s not my practice to name names, or reference churches, but when they depart from truth they open themselves up for exposure. Sadly, many churches carry their books, promote their material, and seek to model their church after them.​​ ​

There is a very troubling trend in the evangelical church as a whole. We are in desperate need of genuine leadership—broken, humble people who are not afraid to admit that they need God; men who are more worried about prayer than about status and recognition; men who petition God rather than position themselves. Many men want the recognition, but not the brokenness; the honor, but not the humility. The state of the family today is disheartening as well. Men have largely forsaken their God-given role as spiritual leaders in their homes…that, no one can deny. And I believe that the pulpit is partly to blame.

Today, the truth is often neglected, watered-down, or avoided altogether in the hope of not offending members and building a large audience. Judgment is never mentioned; repentance is never sought; and sin is often excused. We want to build a church rather than break a heart; be politically correct rather than biblically correct; coddle and comfort rather than stir and convict.

“Christ Jesus came into the world to save sinners” (I Timothy 1:15), yet, many avoid words such as sin and repentance. The good news about Christ can only be appreciated with the bad news as the backdrop. There are times when the saints must be fed, and there are times when the sinners must be warned (C.H. Spurgeon). Preaching, witnessing, and teaching are to be done with God-given authority to truly be effective. When we fail to proclaim God’s Word faithfully, we run the risk of “encouraging sin” and “perverting the words of the living God” (cf. Jeremiah 23).

Pastors are to be pillars who support truth, not who oppose it. Truth is not “flexible” when it comes to absolutes—it’s solid and unyielding. Truth liberates. Truth rebuilds. Truth restores. Truth heals. Truth transforms. Truth prevails—you don’t change truth—truth changes you! We must begin here.

Where are the Isaiahs and Jeremiahs calling nations to repentance? Where are the Peters and Pauls who spoke with such authority that martyrdom did not silence them? Though they are dead, they still speak! Where are the Wycliffs who stood so unyielding for the truth that he was called The Morning Star of Reformation?

Where are the Tyndales and Huss’ who were burned at the stake for simply declaring the truth? Where are the Luthers who, when asked to recant or face possible execution, said, “Here I stand; I can do no other”? Where are the John Calvins who shape the religious thoughts of our Western culture? Where are the John Knoxs who cried, “Give me Scotland [for the cause of Christ] or I die”? Where are the Whitefields who shook continents? Where are the Howell Harris’, Daniel Rowlands’, and Griffith Jones’ who preached with such passion during the Welsh revivals of the 18th century that we still honor them today?

I say again, “Where are they?” Where are the John Wesleys who said, “Give me one hundred preachers who fear nothing but sin and desire nothing but God, and we will shake the gates of hell?” Where are the David Brainerds who spent so much time in prayer that even the great Jonathan Edwards was convicted? Where are the Robert Murray McCheynes who, even though he died at age twenty-nine, was one of Scotland’s most anointed preachers—causing people to weep before even preaching a word (not emotionalism, but anointing)?

Where are the Spurgeon’s who spoke with such authority that his sermons are read more today than ever before? Where are the D.L. Moodys who brought America to her knees? Where are the Evan Roberts’ who, during the Welsh Revivals of 1904-5, preached so powerfully against sin that people cried out to truly know God? Where are the Puritans like Richard Baxter, who said with such humility, “I speak as a dying man to dying men”?

As the church falls deeper into self-reliance and further from reliance on God, our need for bold leadership has never been greater. Change in our nation will only occur when there is a strong conviction of sin, genuine faith, humility, and sincere repentance, beginning in the pulpits. May God grant us the wisdom and strength to proclaim these truths.

We must stop confusing God’s patience with His approval and preach with conviction from the pulpits again—as dying men to dying men.​