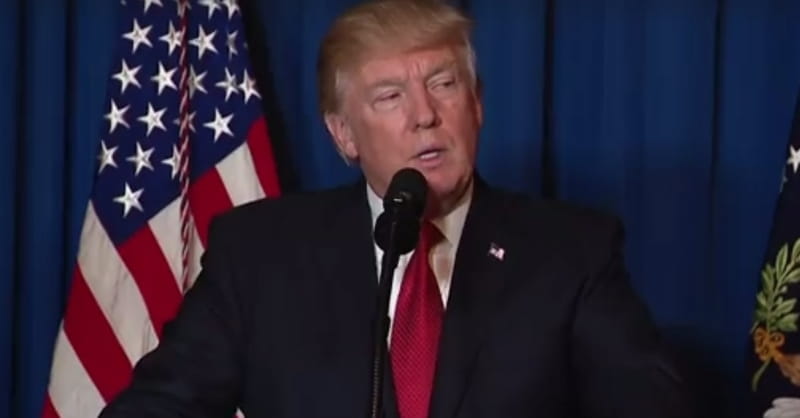 In April 2015 Iowa Pastor Terry Amann met privately with then-presidential candidate Donald Trump. In less than one year from becoming president, Trump successfully helped release Pastor Saeed who had been languishing in an Iranian prison, keeping his promise to a request Amann made when they first met.

Last fall, Amann again asked for Trump’s help to find a missing U.S. missionary who was kidnapped in Africa in 2013. Newsmax published an open letter he wrote to President Trump on September 7, 2017. Over a month later Amann received a form letter from the U.S. State Department. Then, in November, the Krause family was sent a message from a former U.S. intelligence officer with high-level contacts in the government telling them that Jerry Krause is alive.

With more information about Krause, Amann is once again reaching out to President Trump to help bring Krause home.

Jerry Krause went missing somewhere between South Africa and Mali on April 7, 2013. He was piloting a Beechcraft 17 1900C 17-seat passenger plane on a routine flight. The last message he sent was to a control tower on the island of São Tomé stating that he was nine miles from its shore.

The most recent news is that Krause has been seen at a human trafficking spot in Ghat, Libya. It’s now believed that he is most likely being held against his will by criminals and is being forced to fly smugglers who traffic people and illegal contraband.

Ghat is a known international human trafficking hub, with direct smuggling ties to Angola. Its airport is close to both the Algerian and Nigerian borders. Only a few hours after Krause vanished his cell phone was tracked to a location in Angola.

Special investigator Stephen Komorek told the Daily Mail, “We have resources in country that have verified Jerry being alive. We know that he was last seen in an area called Ghat in the southwestern part of Libya at a old airport used by Colonel Gaddafi. The man they saw fit Jerry's description exactly. This was as of December last year so very recently.”

Amann, who is close with former presidential candidate and governor Mike Huckabee, is hoping Huckabee can help as well. (His daughter is Trump’s press secretary.)

Pastor Amann said, “My sense is that as several years have passed, and since there are many layers to the mysterious disappearance of Missionary Jerry Krause, what is really needed is President Trump's intervention. He needs to call the State Department and tell them, unequivocally, to release all government information about this case—and—make finding Jerry Krause a priority.

“The reported Libya sighting of Krause in December 2017 gives me great hope that we will find him. You know, if I was missing on the mission field, I would hope somebody here in the U. S. would care enough to try and find me. I am that somebody for Jerry Krause and his family.”

If the past is any indication, like getting Pastor Saeed out of prison in Iran, Trump is the most likely person to help bring Jerry Krause home.

Bethany Blankley is a former Capitol Hill staffer, Fox News Radio political analyst, public speaker and commentator on Christianity and politics in America. Her commentary can be read in The Washington Times (Axis Mundi), Townhall, Religion Today, Patheos (Hedgerow), Charisma News, Christian Headlines, Beliefnet, among others. Her book, What Every Christian Needs To Know About Islam, is forthcoming. Bethany previously worked as a communications strategist for four Senators, one Congressman, a New York governor, and several non-profits. She earned her MA in Theology from New College at The University of Edinburgh, Scotland, and her BA in Political Science from the University of Maryland. She is a past fellow of the Russell Kirk Center for Cultural Renewal and L’Abri Fellowship. Follow her @bethanyblankley, www.facebook.com/BlankleyBethany and BethanyBlankley.com.