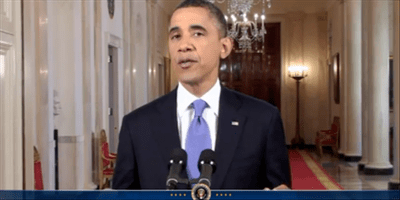 My first reaction to the Obamacare decision was: Well, it was a great country while it lasted.

My second reaction to the Obamacare decision is to re-remember just how important elections are. Elections have far-reaching consequences. Obviously, the president nominates the judges (who generally serve for life), and the senate confirms (or rejects them).

The Supreme Court virtually governs our lives today, although that should not be the case.

The affable Chief Justice John Roberts was the swing vote, upholding Obamacare, despite its assault on the sanctity of life (at both ends of the spectrum). The liberal press is sure to embrace Chief Roberts as having “grown” while in the office.

Though Roberts nixed the so-called “individual mandate” requiring all Americans to buy insurance as unconstitutional under the commerce clause, he “helpfully” reclassified the mandate as a “tax,” thus putting it under Congress’s constitutional powers — even though Congress vehemently denied that it was a tax while passing the law — since it never would have passed as such. As Mitch McConnell said, “This bill was sold to the American people on deception.”

A friend dredged up a blog he had written on his concerns about the unknown John Roberts at the time of his nomination. He wrote: “The Amen Corner is saying that Roberts is just an excellent, excellent choice. Now, he's no ideologue, they caution. He's not going to ‘slash and burn his way through an opinion’ like Scalia does. But he's conservative nonetheless.”

My friend went on to say, “But what does this mean, exactly? Are Thomas and Scalia considered ‘ideologues’ even by people on the right because they believe the meaning of the text of the Constitution ought to be what governs decisions? And if Roberts isn't one of them, then what meaning does he think should govern decisions? It's kinda like being pregnant: either you are or you aren't. You cannot be a semi-originalist. Either the text governs, or the opinion of the judge does. If it's not the text, it's not originalism. If that is ‘ideological,’ so be it.”

Pro-life author Wesley J. Smith once said this to me on the subject of judges moving from originalism to activism (but not visa versa): “I used to wonder  why it is that a supposedly liberal judge will very rarely, if ever, move to the conservative side, but conservative judges often move to the liberal side. And it occurred to me that perhaps the reason for that is: If you’re a conservative judge, a so-called strict constructionist, you are pushing away power. You are saying, ‘It’s not up to me to judge, but it’s up to a legislature.’ But if you become a more liberal judge, what you may be saying is, ‘Hey, I have the power to make that decision.’ And that can be a very heady seduction, to be able to say, ‘The law says what I say it says.’”

Robert Bork, who was “borked” from serving on the Court because of a massive smear campaign against him, once said:“The fact is that the public is far more conservative than the court is, but that’s because the court is part of the intellectual class and it responds to the intellectual class. You know, they may not even be conscious of it, or some of them may not be conscious of it. But if, when you go one way, you get praised by all of New York Times and the Washington Post and NBC and CBS and ABC, that’s kind of seductive. But if you go the other way, you get criticized and over time that, I think, has some effect on some justices, not all.”

If anybody takes a half-hour or so to actually read the Constitution, he will see that the founders said much more about the legislative and executive branches than they did the judicial branch. The founders never envisioned the day — nor would they have countenanced it — where we are essentially ruled by our robed masters.

Third president Thomas Jefferson warned what can happen with runaway courts that legislate from the bench, instead of simply adjudicating: “The germ of dissolution of our federal government is in ... the federal judiciary.”

Name the issue today — abortion, pornography, loss of religious liberty, same-sex marriage — and we find that it’s generally the courts, many times the Supreme Court, that have legalized something contrary to God’s will, and often contrary to the will of the people.

Writing in Federalist 49, James Madison said, “The members of the executive and judiciary departments are few in number, and can be personally known to a small part only of the people.” And he added: “The members of the legislative department, on the other hand, are numerous. They are distributed and dwell among the people at large.”

In Federalist 78, Alexander Hamilton said (in a footnote, no less), “The celebrated Montesquieu, speaking of them [the branches of government], says: 'Of the three powers above mentioned, the judiciary is next to nothing.'"

In the same essay, Hamilton said: “It is not otherwise to be supposed, that the Constitution could intend to enable the representatives of the people to substitute their will to that of their constituents . ... It is far more rational to suppose, that the courts were designed to be an intermediate body between the people and the legislature, in order, among other things, to keep the latter within the limits assigned to their authority.”

In short, the founders viewed the courts as interpreting laws, not writing them. They envisioned the justices adjudicating from the bench, not legislating from it.

If freedom and the right-to-life issue means anything to you, remember how important your vote is in November and tell your friends who share your values. As my friend author and speaker Bill Federer always reminds me: In America, we get the country we deserve.

Jerry Newcombe is host of and spokesman for Truth that Transforms with D. James Kennedy (formerly The Coral Ridge Hour). He has also written or co-written 23 books, including The Book That Made America: How the Bible Formed Our Nation and Answers from the Founding Fathers. Jerry co-wrote (with Dr. Peter Lillback) the bestselling George Washington's Sacred Fire. He hosts the website www.jerrynewcombe.com.