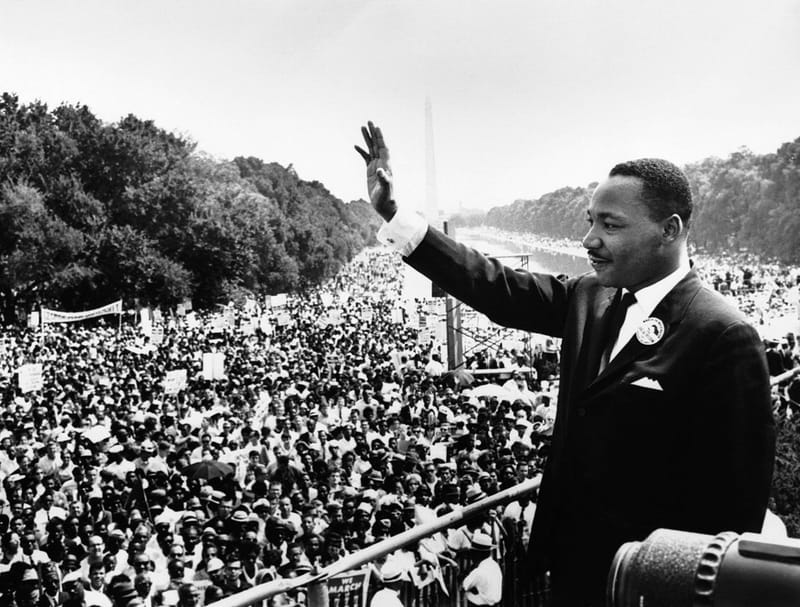 The following is one of a series of commentaries Religion News Service is running by current pastors of churches where the Rev. Martin Luther King Jr. gave major speeches before his assassination 50 years ago.

WASHINGTON (RNS) — Every preacher I’ve ever known has found themselves in the same situation at one point in their ministry: With the calendar racing toward Sunday, we turn to old sermons to see how someone else approached a tough topic or a challenging piece of Scripture.

Often these yellowed sermons feel like a journey through an antique shop: quaint and interesting, perhaps even curious, but mostly just another historic artifact that once belonged to another person in another age.

But every once in a while, you stumble across words that seem to shout across the decades. They poke and prod at your conscience, perhaps make you a bit uncomfortable. They challenge. They inspire.

That’s what it feels like to read the words of the Rev. Martin Luther King Jr.

When King preached at Washington National Cathedral on March 31, 1968, nobody knew it would be the last Sunday sermon he would ever give. His “Remaining Awake Through a Great Revolution” sermon has taken on even more significance because of that.

In fact, his words delivered that Sunday morning are as alive and relevant today as they were a half-century ago. And they have helped shape this cathedral’s work on social justice and racial reconciliation ever since.

When the cathedral asked King to preach, its letter of invitation said the goal was for him to explain “to the white clergy and the people of Greater Washington” that his planned Poor People’s Campaign was intended to be “non-violent” and not “disruptive of life in Washington.”

The Rev. John Walker (who later became dean of this cathedral and the first black Episcopal bishop of Washington) invited King as “the apostle of non-violence,” but he knew that his white colleagues were a little uneasy. Indeed, one woman wrote to the cathedral warning that the King invitation would “stir up more racial tension and anxiety, which can only lead to disaster.”

That Sunday, the cathedral attracted its largest-ever crowd, with thousands more spilling out the doors to listen on loudspeakers. King knew his audience, and he didn’t mince any words.

Confronting those who said racial healing would come if we just gave it time, King said: “Human progress never rolls in on the wheels of inevitability. It comes through the tireless efforts and the persistent work of dedicated individuals who are willing to be co-workers with God.”

There was no more time, he said, for “the appalling silence and indifference of the good people who sit around and say, ‘Wait on time.’”

He went on, denouncing systemic racism that had become a modern-day economic slavery for African-Americans, the “monstrous octopus” of poverty at home and abroad, the arms race and the war in Vietnam.

“There comes a time when one must take the position that is neither safe nor politic nor popular, but he must do it because conscience tells him it is right.”

King’s challenge to the cathedral in 1968 feels eerily relevant today. On issues of gun violence, racism, economic inequality or immigration, our human instinct is to not offend. We wait for others to act. We prefer to hit the snooze button than to remain, as King said, “awake through a great revolution.”

But as Christians, we follow a man, Jesus, who never took the easy way out. Jesus did not censor himself for fear of retribution. He challenged the institutional oppression of his day, and calls us to confront the injustices of our own time.

And in King, we honor a man who paid the ultimate price in order to follow Jesus’ greatest commandment: “That you love one another as I have loved you. No one has greater love than this, to lay down one’s life for one’s friends.”

Ending his sermon, King invoked the hymn sung earlier that morning as a challenge to America, the church and the entire human race. Fifty years later, we pray that we may be equal to the task that the gospel, and King, laid before us:

“Once to ev’ry man and nation
Comes the moment to decide,
In the strife of truth and falsehood,
For the good or evil side;
Some great cause, some great decision,
Off’ring each the bloom or blight,
And the choice goes by forever
‘Twixt that darkness and that light.”

The Very Rev. Randolph Marshall Hollerith is dean of Washington National Cathedral, where King gave his final Sunday sermon, “Remaining Awake Through a Great Revolution,” on March 31, 1968. The views expressed in this commentary do not necessarily reflect those of Religion News Service.