Marriage is the Dream That Will Not Die 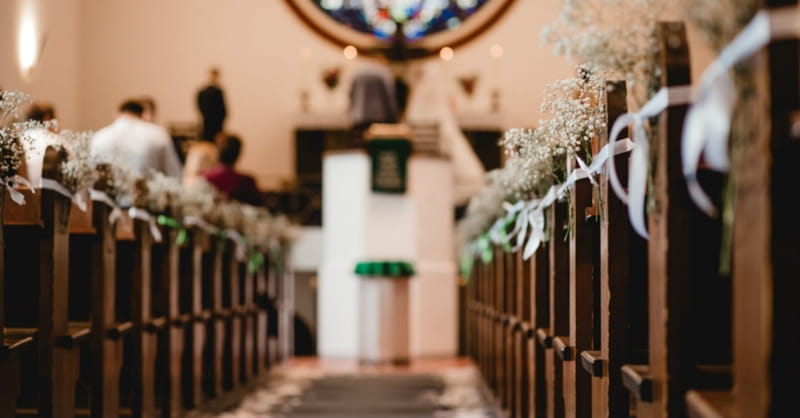 Marriage is the Dream That Will Not Die

June is the month of weddings. Now that the dust has completely settled from the mid-May wedding of Prince Harry and Meghan Markle, it’s interesting to note that the eyes of hundreds of millions around the world were looking at this whole event with great interest. How come---in light of the notion that marriage is just an antiquated institution these days?

The charismatic American Bishop, Michael Curry of the (U.S.) National Cathedral, made a worldwide impression in his impassioned speech at the royal wedding. John Sorensen, president of Evangelism Explosion International, said, “The Bishop’s message, which focused on love, would have been a wonderful opportunity to share what Biblical love really means. Sadly, we were presented with a Beatles version of ‘All You Need is Love,’ whereas, Biblical love is Jesus Christ laying down His life for us.”

Sorensen added, “The Bishop’s message on love clearly resonated with many people because we’re created for love, but true love comes from God.”

Marriage is ultimately a picture of Christ and His bride. Perhaps, that is why the enemy of our souls hates it so much.

Meanwhile, why did the wedding itself garner so much attention? It’s almost the stuff of fairy tales. The answer is: “Marriage is the dream that will not die,” as my wife of 38 years likes to often say.

Sometimes, it seems like marriage is on virtual life support in the Western world. It is battered and bruised. It’s fine for the old folks, but not trending for millennials.

Writing for Bentley University, Meg Murphy observes, “Millennials are saying no to traditional marriage in record numbers.” She adds: “The marriage rate might drop to 70 percent---a figure well below rates for boomers (91 percent), late boomers (87 percent) and Gen Xers (82 percent).”

I think part of the dearth of marriage in our society is because of what could be called, “the romanticist delusion.”

The romanticist delusion has done a lot of damage to love in the Western world. Feelings come, and feelings go. But commitment remains the same.

In our book, Lord of All, D. James Kennedy and I address this romanticist delusion: “The idea that if we can just find that one soul mate, that single person, then we will have the pitter-patter of our heart, the flip-flapping of the wings of the bird of paradise, and we will sail off into the sunset. That is until one or the other does not treat his spouse like 1 Corinthians 13 says, and then all of a sudden the bird falls like a dead owl, and we wonder that happened. We have been led down the primrose path. No. Marriage is not based so much upon love (and this may startle some of you) as marriage is based on commitment---commitment to believe that marriage is a permanent, indissoluble relationship between two who have become one and who are no longer one any longer. Until we have that commitment, we do not have the fertile ground for the seeds of love to take hold.”

I know some young people who really want to get married. But they make the criteria so hard for a potential spouse. They raise the bar so high that virtually no one can reach it.

Specific things that couples do can greatly increase the chances of their staying together. This includes praying together, going to church together, and developing hobbies together. Being quick to forgive and to overlook faults contributes to a healthy marriage.

What’s happened to marriage? The New York Times once called America a “post-marital society.” Tragically, that seems to be accurate.

And yet marriage is under attack in America---seemingly from all quarters, such as:

∙No-fault divorce laws which make it easy to get divorced, even if only one wants out. Imagine trying to do business with someone, where the other person can simply opt out whenever he/she feels like it;

Yet despite the attacks, marriage---which has a lot to offer, no matter how hard our culture tries to deny it---continues. And the world even stops to watch a fairytale version of the dream that will not die.