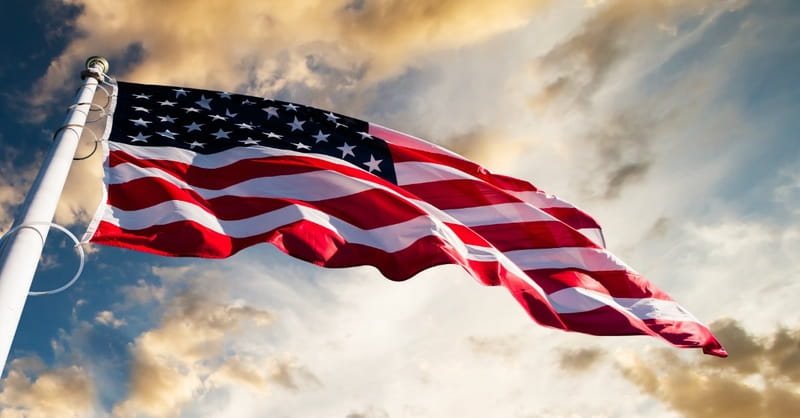 At various times, these feelings leap to the foreground. Most particularly when we feel under threat, or when we are at war in one way or another. In Britain, the Blitz spirit and the sonorous tones of Winston Churchill kept a country going when it was on the very brink of defeat. In the USA, the warming fireside broadcasts of FDR steeled a nation for war. In their wake, our nations have been warmed, energized and spurred on by those who have had a dream, who have never had it so good, who have pricked our consciences about what we can do for our country, have determined to put a man on the moon, and who have declared that the Lady’s not for turning.*

But it begs an important question for any thinking Christian. What is the difference between intelligent patriotism and unthinking Jingoism. What if our nation does something that is shameful, sinful, unjust, unrighteous. What if the clarion call to work together to be greater than we are is based, not on raising ourselves up, but on doing down others? And what is true greatness really all about?

There’s a quantitative answer to that question. When God calls Abraham in Genesis 12, he promises to make of him a great nation, by which he means numerous—as numerous as the stars in the sky, or the sand on the sea shore he later clarifies (Genesis 26 v 4). By this measure, China is currently the greatest nation on earth (measured by population), swiftly followed by India with the US coming in third (a long way back). Great Britain is nowhere in sight (22nd).

At a stretch, we could make this quantitative answer about money and economics. By this measure, the US is top dog, and the UK has recently slipped out of the top 5. But China will very soon take the top slot (estimated to happen in 2032), and India will overtake the UK in the very near future.

But there’s another answer to that question—one that is much more difficult to quantify. A qualitative answer:

"Godliness makes a nation great, but sin is a disgrace to any people." Proverbs 14 v 34

There are no economic or foreign policies that can install godliness in the hearts of its people. Godliness comes from the sanctifying work of the Holy Spirit in our lives, as we receive the Gospel of his son, Jesus, and as we grow in him under the nurturing of his word.

And one of the chief signs that godliness is growing within us is gratitude. Time and again, the scriptures indicate that the mark of those who have truly understood the grace of god and received it is thankfulness, mercy towards others and generosity with the resources that God has given to us. (Jeremiah 30:19; Isaiah 60:20-21; Hebrews 12:28)

In her new book, Growing in Gratitude, Mary K. Mohler describes gratitude as "a deep sense of awe ingrained in our minds. An awareness, in every waking moment, of the glorious truth that the God of the universe is infinite in all of his perfections. And he loves us." This sort of quiet, powerful gratitude is surely a path to greatness.

For countries like Britain, who once ruled the waves and had an empire upon which the sun never set, there is nostalgia for greatness. Perhaps it is part of what has driven the feeling towards Brexit. For the US, which has been top nation for much of the 20th century, the sense that its position is under threat has given rise to a desire to “make America great again”.

Perhaps for both countries, a different slogan is a better place to start. Let’s hear the gospel, receive the grace of God in Christ, and make our countries grateful again.

This article originally appeared on thegoodbook.com. Used with permission.

Tim Thornborough is the Creative Director at The Good Book Company. He is series editor of Explore Bible-reading notes, and has contributed to many books published by the Good Book Company and others. He is married to Kathy and has three teenage daughters and a boy.