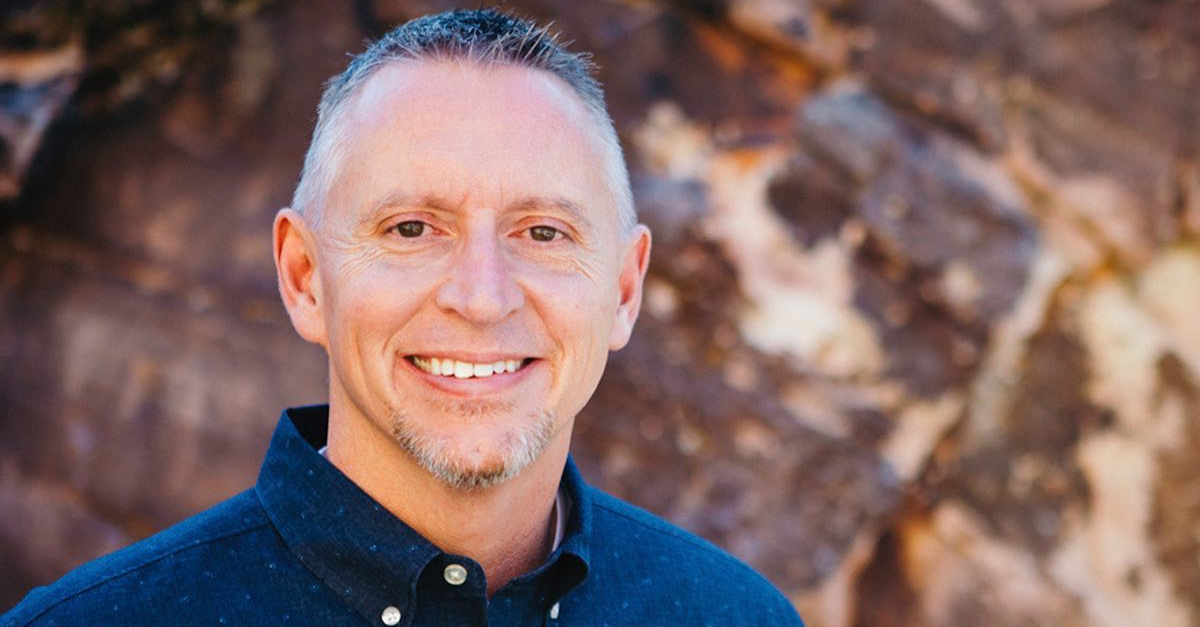 We recently had the opportunity to catch up with our friend, Vance Pitman, senior pastor of Hope Church in Las Vegas, Nevada. Not only is he a pastor, but he is also an author, church planter and missionary. He's traveled the world doing mission work and speaking globally and has planted over 50 churches on the West Coast.

We discussed his church’s outreach to the city of Las Vegas, the importance of having a kingdom perspective and how to navigate the challenges and changes that are taking place in our nation.

This conversation has been edited for clarity and length.

You're in Nevada. Last week was the first time that you had an in-person service at your church since the pandemic broke out. Talk about how you're navigating and what you're seeing there.

Myself and a small group of pastors have been working directly with our governor's office, trying to negotiate a reopening of the church in a way that could be a blessing and a benefit to the community. We believe churches are essential, for the ministry of churches is not something that's optional. People need the Lord, the Gospel and community.

We're doing our service live on Thursday nights in front of an audience, and then we play it online on Sundays and have live hosts. We're seeing God do things in this season that are unique; it's a great opportunity now for the church to engage the city like never before. These are opportunities that God has given us as a church to really be the church. When you study the church historically in times of pandemic, God greatly expands the footprint of his church. And so there is an opportunity for the church to accomplish the mission that he's given us.

Las Vegas has been hit hard because it has one of the highest unemployment rates in the country. How has that been an opportunity for your church to be able to serve?

We partnered with some churches and together we've served 3.8 million pounds of food to those in need. Together, we've collectively provided over 5,000 meals to essential workers and hospitals and grocery stores where we go to serve their employees. We've been able to test well over 5,000 people through drive-thru testing sites that we've set up in partnership with the state. We've led over 20 supply drives for hospitals and health care workers and first responders. We've done multiple blood drives. We actually have a unique niche where we're providing meals and services to foster care families. Over 500 foster care families have been served through meals and supplies.

We look for any and every way possible as a church in partnership with other churches to let this be an opportunity where we show the city the love of Jesus, the power of the Gospel and what kingdom community looks like.

Hope Church is unique because you have over 4,000 people who attend when you're regularly meeting and have 54 languages represented in your congregation. What is it like leading a church with that much diversity and multicultural perspective?

God created culture. God created color. God loves diversity. But it's diversity that's united in our identity in Christ. As we get to share and express that diversity together, we get to see the full picture of the imago dei, the image of God represented in humanity.

I think one of the reasons we're seeing some of the issues in society today is because for too long the church has sat on the sidelines. We've organized our churches around our cultural preferences rather than the centrality of the Gospel. [Some studies show that] in the average community in America, the average local school is 20 times more integrated than the average local church. Something is wrong when legislation through the government has produced more integration than the reconciling power of the Gospel and the church.

We had a number of people submit questions for you. Here is one of them: With so much division along racial and ethnic groups being highlighted in the past few weeks, what does biblical unity and reconciliation look like?

Unfortunately, we talk about the multicultural church like it's a new thing. But biblically, it's not a new thing. It's a New Testament thing. When the first church was launched in Jerusalem, there were 15 language groups in the first church on the first day. That's why they needed the gift of tongues, because they needed to speak the Gospel and all these different languages. So the early church was born with an expression of multicultural community, and that's what the church should be in every community.

You say the primary thing that we should do in an election cycle is to seek the face of God in prayer. I think that's a little countercultural to Christians when we approach voting. Explain that a little bit more.

The primary thing we can do is seek the face of God, because at the end of the day, political elections are going to come and they're going to go. All political party platforms fall short of a holistic, Gospel-centered platform. So for the Christian, we're having to bring our biblical worldview [and] our personal convictions and make an informed decision, because part of being a kingdom citizen is exercising our civic responsibility in voting.

Romans 13:15 says it's the will of God for us to live in subjection to governing authorities, and part of the governing authority in our country is the Constitution. The Constitution says we have a right to vote and beyond a right to vote, we have an obligation to vote. So as Christians, we should vote. But in voting, there is no “Christian vote” because of the complexity of the issues. So we have to consider things like character. We have to consider things like convictions. Then we need to pray and hear from God.

We have a question from another listener. She says, “What's the single most impactful thing I can do as a Christian in my community during these dire and divisive times we live in right now?”

The first thing we need to do is we need to pray. If I've learned nothing in 20 years in Las Vegas, here's what I've learned: when we seek God in prayer, we experience God in power.

Number two, we need to live authentically kingdom-centered lives. If we're not careful as Christians, we can get so caught up in a God and country mentality that we can almost create a version of syncretism where we're marrying together our faith with an American ideology. I love America. My grandfather fought in World War II and Korea. But I am not an American first. Ultimately, I'm a follower of Jesus Christ and I'm a citizen of a kingdom that is yet to come in this world. I'm simply a stranger and an alien that is passing through. This is not my home.

Learn about Vance’s newest book, Unburdened; Stop Living for Jesus so Jesus Can Live Through You at Baker Publishing Group.