Is Being Gay "God’s Greatest Gift" to Us? 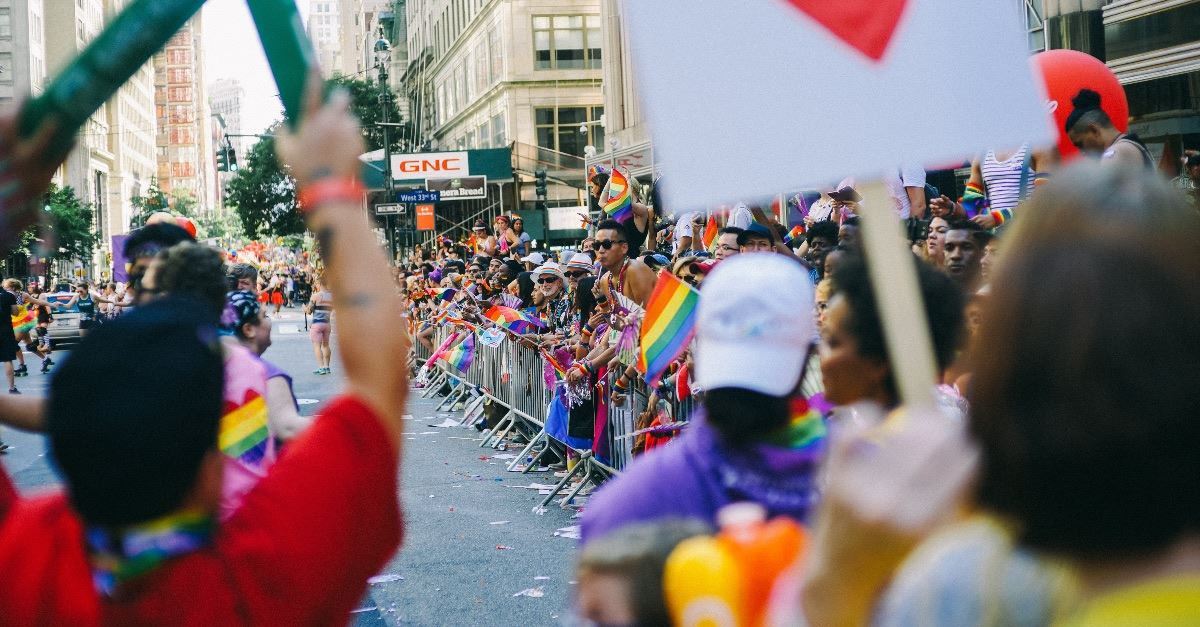 Is Being Gay "God’s Greatest Gift" to Us?

Share
Tweet
Share
Tweet
Comments
Print
Email
Recently, a top executive at Apple said that being gay is God's greatest gift to him. Read full interview here.
I so appreciate Tim's heart to help others, but the Bible is crystal clear on sexual sin, including homosexuality. Unfortunately, those with opposing views are often categorized as irrational, judgmental, bigoted and intolerant. We are labeled "anti-choicers". But how can we warn if we won't confront, correct if we won't challenge and contend if we won't question? We must speak the truth in love. Opinions change, but truth does not. I had the privilege of discussing this last October with Lauren Green on Fox News. Take a listen here.
Since this topic is back in the news, I'm revisiting a past article that I wrote: My hope is that readers will read the entire article before drawing conclusions. I have nothing but compassion for those trapped in sexual sin. Those who strongly believe in the Bible and God's will regarding sexual behavior also strongly believe in unconditional love and forgiveness. To say that authentic Christians hate or fear those trapped in the homosexual lifestyle demonstrates a gross misunderstanding of the Christian faith. To "confront in love" simply comes from a desire to honor God and to truly love and care for others. The ability to relate to people on their level, show genuine concern, and love them regardless of their lifestyle is the mark of true Christianity.

It's no surprise that the church, and our nation, desperately need to hear "the voice of one crying in the wilderness" to awaken, convict and restore. It was not so long ago that we were concerned about "the fall of America." America cannot fall because she has already fallen. We are now picking up the pieces of a broken nation reflected in our laws, our personal lives, our families and our children. America's moral heartbeat has ceased because we cut off the source of life. We need resuscitation, renewal and revival of the truth.

When people, groups, denominations or movements depart from absolute truth and thus quench and grieve the Spirit of God, they become mechanical in their approach to Christianity and lose the ability to guide. The Word of God is not in their hearts "like a burning fire" (Jer. 20:9), but relative, powerless and debatable. This is what we see today.

Consider the following in light of Tim Cook's interview:

1. The "moral" laws in the Old Testament such as killing, stealing, lying, adultery, sexual immorality and so on are all valid today. Jesus referred often to the Old Testament, and said that He didn't come to abolish it, but to fulfill it. Although many of the ceremonial and dietary laws of the Old Testament do not necessarily apply today, the moral laws do. They are as significant today as they have been throughout history. For example, Leviticus 20:13 states, "If a man lies with another man as with a woman, both of them have committed an abomination." To suggest that this verse is invalid today is to advocate the dangerous practice of redefining or deleting what God has said. Not to mention other stories in the Old Testament that highlight the dangers of homosexuality and all sexual sin.

The consequences of wrong actions may have changed, but the moral implications remain the same. For instance, even though we no longer stone to death those who commit adultery, this does not mean that adultery is acceptable or any less dangerous. Adultery is wrong even though there aren't legal consequences. The laws of a nation should reflect God's Word, but they are never above it!

3. An argument cannot be based solely on silence. To suggest that Jesus approved of homosexuality simply because He did not use the term "homosexual," is to imply that He approved of necrophilia, pedophilia, incest and bestiality. But of course, we know better.

4. Other passages in the New Testament are clear on this issue as well. Romans 1:18-32 and 1 Corinthians 6:1-20 are good places to start. In short, mankind did not see fit to acknowledge God, and they suppressed the truth; therefore, God gave them over to a depraved mind—to do those things which are not proper. Homosexual behavior, and sexual sin in general, is comparable with dishonoring the body and turning from God. John Piper said, "The sexual disordering of the human race is a judgment of God for exchanging Him for the creature."

5. Jesus said that since the beginning of creation, God created them male and female in order that they would be joined together and become one flesh. He adds, "What therefore God has joined together, let not man put asunder" (Mark 10:9). Marriage between a man and a woman is God's plan since creation. No matter how many laws are passed in favor of gay marriage, it will not change God's mind. Man often rebels against God; this is nothing new.

Jesus would often speak out against sin, but His love and mercy also reached out to those who regretted and hated their condition. Forgiveness is a mark of genuine faith. We should have compassion for those who struggle with same-sex attraction because we all struggle with sin, but at the same time, we should not condone or excuse this type of sin any more than we condone or excuse any other sin.

I'm convinced that the majority of the churches in America are seeking to please the masses rather than convict. Judgment is never mentioned; repentance is rarely sought; and sin is often excused. We want to build a church rather than break a heart; be politically correct rather than biblically correct; coddle and comfort rather than stir and convict. This leaves people confused and deceived because we teach and live a form of Christianity void of repentance ... void of truth.

As a final word of encouragement, if you're hopeless, depressed and confused, look to the One who created you. He has the answers. No matter what you have done, you have the ability to turn to Christ and start anew. It's all about who you know: "If you confess with your mouth Jesus is Lord, and believe in your heart that God has raised Him from the dead, you will be saved" (Rom. 10:9). "Therefore, if any man is in Christ, he is a new creature. Old things have passed away. Look, all things have become new" (2 Cor. 5:17).

Shane Idleman is the founder and lead pastor of Westside Christian Fellowship just North of Los Angeles. His books are available as free downloads at WCFAV.org. Shane's sermons, articles, and radio program can all be found at wcfav.org as well. Follow him on Facebook.​