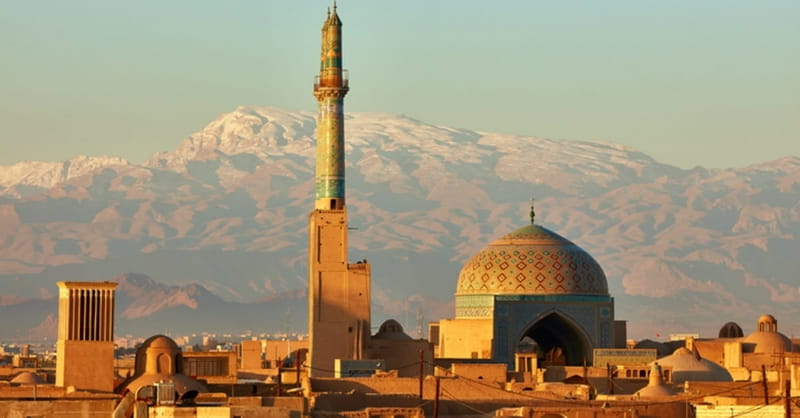 At least 20 people have died and more than 450 arrested during the largest anti-government protests in Iran since the disputed presidential election in 2009. Thousands of protesters are chanting against Iranian President Hassan Rouhani and Supreme Leader Ayatollah Ali Khamenei.

The protests began about economic dissatisfaction. A recent 40 percent increase in egg and poultry prices may have sparked the protests.

However, some experts say years of political, economic, and social grievances have driven people to the streets in protest. Experts say many Iranian citizens expected the economy to improve after the 2015 nuclear deal with the United States.

Some protesters believe the Iranian government is focusing too much on foreign affairs than domestic ones, criticizing Iran’s military support of Syrian President Bashar Assad.

We can expect more news from Iran in the coming days and weeks. Meantime, we should pray for Iranians to come to know Christ and for our brothers and sisters in Christ who live there. Iran has a fascinating history in the Bible.

In Scripture, Iran is called Persia. The ancient Persian empire flourished from 539-331 BC and is best known in the Bible for its role in helping the Hebrew people return to Jerusalem from their 70-year captivity in Babylon.

The book of Daniel contains several references to Persia:

1. The rise of the Persian empire is predicted by Daniel when he interprets a dream for King Nebuchadnezzar about a statue (Daniel 2:31-46). Daniel’s prediction comes to fulfillment after the “handwriting on the wall” incident recorded in Daniel 5:5-28.

2. After seeing that Daniel survived a night in the lions’ den, Persian King Darius issued a decree for all people in his kingdom to worship Daniel’s God (Daniel 6:25-28).

3. In Daniel 10:13, Daniel learns his prayer for his Jewish countrymen was delayed for 21 days by a demonic force called “the prince of the kingdom of Persia.”

· Cyrus II issued a decree restoring the Jews to their homeland, following their captivity in Babylon (2 Chronicles 36:22-23; Ezra 1:1-4). At least 150 years earlier, the prophet Isaiah predicted a ruler named Cyrus would accomplish God’s will (Isaiah 44:28-45:3).

· Darius ordered the Jewish Temple at Jerusalem to be rebuilt after work on it had been discontinued for 14 years (Ezra 4:24). He gave money from the royal treasury to complete the Temple (Ezra 6:4). He also ordered the return of the gold and silver articles, which Nebuchadnezzar had taken from the Jewish temple (Ezra 6:5). (Many scholars believe Daniel’s influence on Darius may have influenced the king’s actions.)

· Xerxes ruled Persia from 486 to 465 BC. He was the Ahasuerus of the Book of Esther; she became queen during in his seventh year of reign.

· Artaxerxes was a minor Persian king who held major importance to the Jewish people. The Jewish people returned to their homeland from Babylonian captivity in three waves; two of the three occurred during the reign of Artaxerxes.

The Gospel Coalition reports the church in Iran has become the fastest growing in the world; more Iranians have become Christians in the last 20 years than in the previous 13 centuries.

We know of Persia’s (Iran’s) past influence through scripture. God tirelessly pursues us for a relationship. As we watch news coverage of the protests, let’s remember to pray for those affected by the protests, for fellow believers in Iran, and for more Iranians to find a relationship with the one true God.

Laura Lacey Johnson is a cutting-edge faith and culture writer who focuses on everyday headlines. In addition to speaking, she is a regular contributor to ChristianHeadlines.com and The Middle East Report hosted by John Riley on American Family Radio. To read Laura’s latest work on the headlines, visit www.lauralaceyjohnson.com.