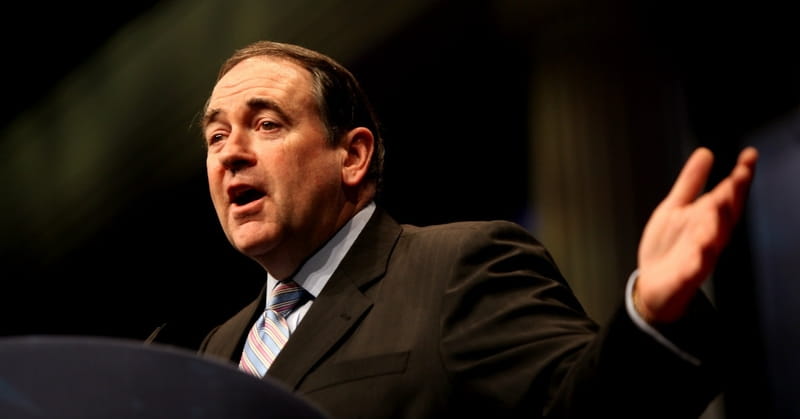 How should Christians treat transgender people?

The answer seems obvious: With respect and love. Yet former governor Mike Huckabee, a favorite of Christian conservatives, took to mocking transgender people at the National Religious Broadcasters Convention as he criticized city ordinances that allow people to use public restrooms based on how they identify their gender.

The website Buzzfeed unearthed a video of the February comments in which the former Baptist minister quipped, “Now I wish that someone told me that when I was in high school that I could have felt like a woman when it came time to take showers in PE. I’m pretty sure that I would have found my feminine side and said, ‘Coach, I think I’d rather shower with the girls today.’ ” As the presumably Christian audience clapped and giggled, Huckabee said, “You’re laughing because it sounds so ridiculous, doesn’t it?”

Yes, it does. But not for the reason they think. What’s ridiculous — and sad — is that Huckabee, a candidate for the Republican presidential nomination, and his audience appear to believe that transgender people are perpetrating some sort of hoax so they can gain access to public restrooms or locker rooms. Or that they’ve chosen to identify with a particular gender on a whim. This disregards the actual lives of transgender people, some of whom (though not all) have described feeling trapped in the wrong body from a young age. What’s so funny about that?

Worse, the butt of this joke are people who are already too frequently marginalized by society. According to the Human Rights Campaign, transgender people are nearly four times more likely to have an annual household income of less than $10,000 and twice as likely to be unemployed compared with the general population. The 2011 National Transgender Discrimination Survey  found that “78 percent of those who expressed a transgender identity or gender non-conformity while in grades K-12 reported harassment — harassment so severe it led 15 percent to leave school.”

The majority of the youth surveyed by HRC in 2014 reported they lacked a supportive family member to help them face the harassment and ostracizing at school.

One twentysomething transgender person told Religion News Service columnist Jonathan Merritt in 2013, that his growing up in the church was damaging. He felt he couldn’t talk to his parents or his pastor. Instead, the then-she, prayed God would help her become a boy.

Yet when Huckabee was asked about his cruel joke — a version of which he has told on a few occasions — he dismissed the query, saying, “Nobody ever asks me about it except the media. They’re the only ones who seem to be stirred up about it.” While attempting to indict journalists, Huckabee was in fact indicting those who surround him who he seems to be suggesting are indifferent to Christian unkindness toward transgender people.

Though Huckabee might believe that being transgender is sinful, that’s not a uniform position. Pat Robertson acknowledged in 2013 that “I think there are men who are in a woman’s body. It’s very rare, but it’s true. Or women that are in men’s bodies.” Robertson added, “I don’t think there’s any sin associated with” transitioning to the other gender.

The church should be the safest place in the world to discuss personal struggles. Huckabee could help make it so by saying two simple words: I’m sorry.

(Kirsten Powers writes weekly for USA TODAY and is author of the upcoming “The Silencing: How the Left is Killing Free Speech.”)