Has Connecticut Betrayed Its Rich Contribution to the Constitution? 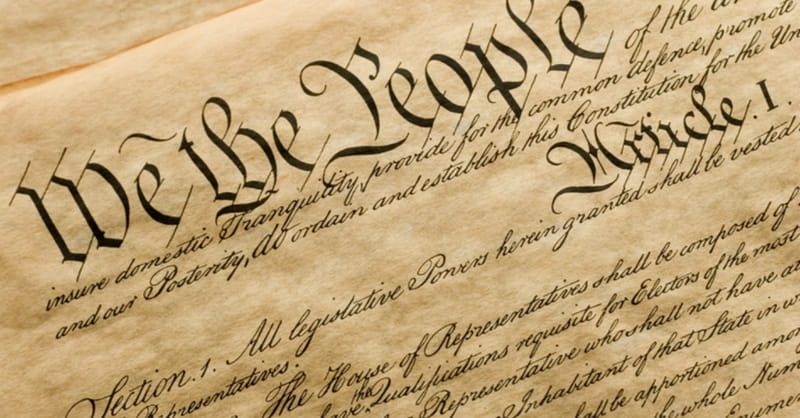 Has Connecticut Betrayed Its Rich Contribution to the Constitution?

There are plans afoot, including by politicians in Connecticut, to effectively abolish the Electoral College. It’s a plan for liberals to hitherto control the presidency.

Author Tara Ross has written a couple of books on the Electoral College, such as “The Indispensable Electoral College: How the Founders’ Plan Saves Our Country from Mob Rule.” She also hosts a PragerU video on the subject.

On my radio show recently, she told me in reference to the 2016 election, “So many people in ‘the flyover states’ saw that the Electoral College helps to make their voices matter.”

Ross noted, “Most Americans have never heard of the National Popular Vote compact, but it is shockingly close to causing a major political and legal firestorm. It is a clever scheme to change how we elect the president without the bother of having to pass a constitutional amendment.”

Ross writes of founding father Roger Sherman, a delegate to the Constitutional convention from Connecticut: “Sherman was one of many delegates from small states who refused to go along with the idea of a direct popular vote for the presidency. He knew that little Connecticut would be outvoted time and time again. The people at large, Sherman told the Convention, ‘will generally vote for some man in their own state, and the largest state will have the best chance for the appointment.’”

The Electoral College was a brilliant move by the creators of the Constitution to provide a means by which “we the people” can be heard in our elections---not just those from the most populous states. Says Ross: “The Electoral College discourages overreliance on a single kind of voter. That’s healthy in a country as diverse as ours. It ensures that small states and less populated parts of the country can make themselves heard. It encourages presidential candidates to build diverse coalitions.”

Robert Reich, Secretary of Labor for the Clinton Administration, is on record advocating for the end of the Electoral College. He has a short video on the internet in a series called “Inequality Media.”

Reich’s video asks, “How do we abolish the electoral college?” Reich intones, “While we resist Donald Trump, we also need to make sure our democracy doesn’t ever again elect a candidate who loses the popular vote. We must abolish the Electoral College.”

Reich admits that amending the Constitution is difficult. “But we can make the Electoral College irrelevant without a constitutional amendment. Here’s how.” He basically proposes that if enough of the big (read: liberal) states decide to amend their constitutions, their electoral votes would go to whoever wins the popular vote. This means that California, New York, Illinois, and some other populous liberal states could virtually always decide who becomes president.

All of this is ironic in that modern Connecticut is part of this scheme---not only because of Roger Sherman’s pivotal role at the convention, such as his compromise that helped provide a balance in big state, little state representation.

But there was a forerunner to the U. S. Constitution written in Connecticut about 140 years earlier.

Puritan leader Rev. Thomas Hooker led his flock from Massachusetts to Connecticut to start a new settlement. He preached a sermon (with political overtones) in 1638, and based on the things he said in that message, they wrote up the first complete constitution on American soil, signed January 14, 1639. It’s called the Fundamental Orders of Connecticut.

References to God and His Son are found throughout the Fundamental Orders. Here are references found in just the preamble:

• “…an orderly and decent government established according to God…”

• “…the liberty and purity of the Gospel of our Lord Jesus which we now profess, as also the discipline of the churches, which according to the truth of the said Gospel is now practiced among us . . .”

This political covenant sets forth principles of representative government based on biblical precepts.

Our nation’s settlers and founders set the trajectory for the freest and greatest nation on earth. But the left wants to undo that.

Reich’s video shows a graphic of the Electoral College being shredded. One might wonder, Why not follow Connecticut’s recent lead, and just shred the whole Constitution while we’re at it?