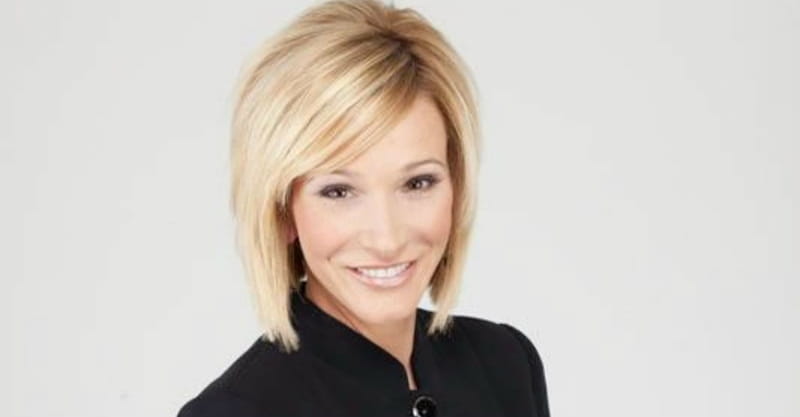 On New Year’s Day, the colorful and controversial televangelist Paula White faced her congregation at New Destiny Christian Center and predicted the changes coming to society in 2017 — to the church, the economy, the government.

Near the end of the litany, she told her predominantly African-American megachurch members just outside Orlando: “God is not going to change the government. He’s going to send someone to do it.”

From White’s perspective, that may already be underway, a prophecy fulfilled.

For most people in America, including most churchgoers, Paula White is not yet a familiar name. That may change Jan. 20, when she delivers an invocation at the inauguration of Donald Trump.

“I will be humbled to stand shoulder to shoulder on stage with the new administration, other distinguished men and women of faith, and with the great sea of witnesses watching around the country and around the world who continue to pray for God to bless America,” she said in a statement last week.

“On that sacred day, we will ask God to guide our leaders with wisdom and strength and that He would richly bless our extraordinary home, the United States of America.”

White, an early and enthusiastic Trump backer, organized national gatherings of evangelical leaders on his behalf and spoke at a Trump rally on the campus of the University of Central Florida. She also delivered the benediction on the first night of the Republican National Convention in Cleveland.

White will be only the second woman to pray at an inauguration. And, together with Bishop Wayne T. Jackson of Great Faith Ministries International, who will deliver another of the inaugural benedictions, she will be among the few outspoken advocates of the “prosperity gospel” to appear at an inaugural in recent memory.

The prosperity gospel is a controversial theology that views the cosmos as the equivalent of a divine slot machine, but with a guaranteed payoff. That is, you contribute a “seed offering” to the church and the pastor, and riches follow. If the giving is sometimes “sacrificial” — more than you can afford — so be it.

As recently as last week, White sent an email appeal to ministry supporters, asking them to contribute some “first fruits” of their harvest.

“God is speaking clearly to someone right now. Do not hesitate. Your sacrificial offering will be a seed for blessings for the remainder of the year. According to Ezekiel 44, when you present your First Fruits offering, it will cause a blessing to rest upon your house!”

White has drawn strong criticism within the evangelical community. Southern Baptist leader Russell Moore has denounced her as a “charlatan” and a “heretic” for endorsing the prosperity gospel.

Evangelical blogger Erick Erickson wrote, “I’d rather a Hindu pray on Inauguration Day and not risk the souls of men, than one whose heresy lures in souls with promises of comfort only to damn them in eternity.”

In an aside, perhaps responding to such criticism, White told some 400 New Destiny worshippers in the cavernous sanctuary Sunday (Jan. 1), “I don’t believe prosperity is money.” Rather, she says, it is well-being.

Although Politico magazine described her as Trump’s “God whisperer,” White has thus far shown no interest in power or political influence, no desire to set social policy or pick future Supreme Court justices.

What she does care about is flash, and her long-standing personal connection to the president-elect.

But the main thing White shares with Trump – apart from faith, which some in the religious community doubt – is the celebrity gene.

She came to Trump’s attention 14 years ago when he saw her television talk show, “Paula White Today,” on a religious network. One academic researcher dubbed her “the ‘Oprah’ of the evangelical world.” Trump was later invited to appear on White’s show to plug one of his books, and he returned the favor by contributing an effusive blurb to one of hers, which is featured on her website.

There are other similarities between the televangelist and the president-elect, which may account for their mutual affinity. White, too, has been married three times, and several of her ministries have gone bankrupt.

White’s fundraising practices have been the subject of a U.S. Senate investigation. And at one point she landed on the cover of the National Enquirer, which published a photo of her holding hands with fellow televangelist Benny Hinn on the front steps of a Rome hotel, where he was registered as “David Solomon.” White denied that there had been a tryst, and Hinn, who was separated but still married, insisted that nothing improper occurred. He later acknowledged that there had been “an inappropriate relationship” with White.

None of this has affected her survival as a minister, although until recently she has been a marginal figure on the national scene.

Like other Pentecostals, White speaks in tongues, prophesies and lays on healing hands. White’s message, in church and on camera, is standard-issue Christian uplift and self-help.

In her wrenching, frequently recounted personal testimony, she tells worshippers that if she was able to rise from poverty, physical and sexual abuse, promiscuity and drug abuse, so can they.

Yet White is anything but a standard-issue Pentecostal preacher.

On stage Sunday, the svelte blonde stalked the stage in her trademark thigh-high, suede boots with 4-inch stiletto heels. She demonstrated an ability to turn her delivery on a dime, nimbly shifting from the sassy to the scholarly. She compared the Bible’s Joseph to Nelson Mandela. To make her points, she stamped her foot, wagged her finger and chopped the air with her hand – an energetic preaching style that sometimes leaves her literally out of breath.

White does not hesitate to employ – or cultivate – her physicality and even sensuality, either in tight-fitting exercise wear on her television show, or in the pulpit. A Facebook fan described her as a “smokin’ Barbie,” a description she has come to embrace.

“Inside this little blond Barbie package is a pit bull!” she told the New Destiny congregation several months ago. In fact, she tells revivals, “I work my hips and lips.”

On Sunday, she made the same point.

“I don’t apologize for my lips and my heels,” she said from the pulpit.

For those New Destiny members who watch their pastor pray at the inaugural, it may be the first time they hear White actually say the words “Donald Trump.”

This Sunday, as at previous services and church events, she scrupulously avoided mentioning his name, as she has on her ministry’s official website, apart from the book blurb.

It could be a wise, tactical decision. According to exit polls, it’s unlikely that many of her African-American congregants shared her presidential choice.

Orlando-based religion writer Mark I. Pinsky has covered Paula White since 2012. He is the author of the forthcoming ebook “The Gospel According to The Simpsons: A Newer Testament.”