Did the Bible Play a Role in Shaping the U.S. Constitution? 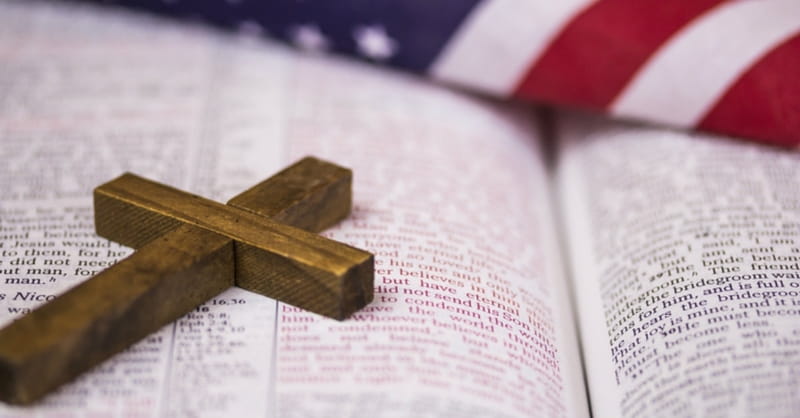 Did the Bible Play a Role in Shaping the U.S. Constitution?

After a recent column on “fake news,” someone sent me an email, accusing me of propagating fake news by saying the Bible had anything to do with the founding of America.

The email stated the common charge that the Constitution was the product of men of the Enlightenment, with Masonic influence as well.

Unfortunately, this reader, like so many others, fails to understand the historical truth that the Bible played a unique role in helping to create the U.S. Constitution.

The Biblical concept of covenants gave rise to the Puritan-type covenants. The Pilgrims began the process in the Mayflower Compact of 1620, which was done “in the name of God,” in which they declared their purpose was “for the glory of God and the advancement of the Christian faith,” as they formed “a civil body politic.”

After this Compact, there came about a hundred or so Bible-inspired covenants, frames of government, and articles in America, leading all the way to the U.S. Constitution in 1787.

The U. S. Constitution itself says that it was done “in the year of our Lord”---meaning Jesus. But also it was done in the 12th year of independence. The Constitution is predicated on the Declaration of Independence---our national birth certificate, which mentions God four times.

Was all this the product of men of the Enlightenment?

The late Michael Novak of the American Enterprise Institute made a great point about the Enlightenment. It was not monolithic, and there were really two types of Enlightenment thinkers: those that were solidly within the Judeo-Christian tradition (e.g., Montesquieu, John Locke, Sir William Blackstone) and those not (e.g., David Hume, Voltaire, Diderot).

America’s founders quoted heavily from the Bible, Montesquieu, Blackstone, and Locke---in that order.

As to the Masonic charge, I view it as an anachronistic charge. The Masons in America did not become anti-Christian until the 1830s and thereafter, long after the time of the framing of our founding documents.

God and the Bible are greater than anyone or any country. But I think we do a disservice to our history to discount the incredibly positive role the Scriptures played in helping to shape this nation.

In the email that prompted this column, I was accused of being a “Christian constitutionalist.” Guilty as charged.