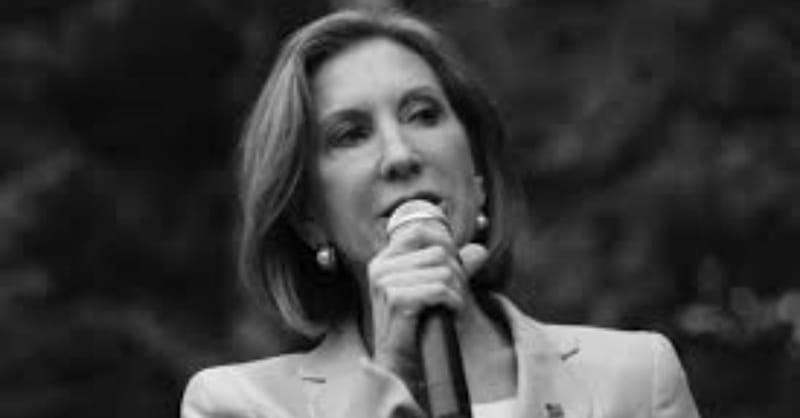 Two weeks after 9/11, on September 26, 2001, Carly Fiorina gave a speech, "Technology, Business and Our Way of Life: What's Next," in which she tied courage, leadership, heroes, and “the questions of life and death” to business leaders learning from one of the greatest civilizations to ever exist: Islamic civilization. Her claims evidence her exceptional ineptitude or blatant, galling, willful deceit.

Consider her claims about Islam and America. She says, America is “indebted” to the Islamic civilization, whose “gifts are very much a part of our heritage.”

John Adams and Thomas Jefferson would agree, in that they commissioned merchant marines, the Marine Corp, and the Navy to defend America from Islamic invaders.

Consider her claims about the Ottoman Empire:

The Spartans, Leon Battista Alberti, and Thomas Jefferson were the inventors of encryption; and they weren’t Islamists.

Charles Babbage, an English mathematician, philosopher, mechanical engineer, and scientist originated the concept of a programmable computer in 1822, which he built upon in 1837. He also designed a printer.

Neither Babbage nor Galileo were Islamists.

Where did Carly come up with this nonsense—from talking to Aladdin on a magical carpet ride? Her claims top even the mystical fantasies of The Arabian Nights.

For the truth, however, Islamabad writer Dr. Farrukh Saleem pointed out in 2005 indisputable facts about the Islamic world.

Today, the 57 Islamic countries are the world’s poorest and most illiterate:

Dr. Javaid Laghari adds that 40 percent of the Muslim states’ population falls below the poverty line.

Today, the 57 Islamic countries contribute the least to scientific and technological advancement, let alone have computers or use the Internet. Saleem points out that over a period of more than 105 years, only two (2) Muslims won the Nobel Peace Prize. (They studied Physics and Chemistry in Italy, the U.K., and California). Only eight (8) Muslims are Nobel Laureates.

Shouldn’t a leader of Hewlett-Packard have known at the time of her speech that of the entire Arab population, only:

To reiterate the facts, the 57 Islamic countries are the world’s poorest, most illiterate, and contribute the least to scientific and technological advancement, let alone have computers or use the Internet.

Yet—this future—represented by the achievements of Islamic civilizations, is what Carly suggested should be America’s hope. Two weeks after 9/11.

A former CEO who “created a larger company with more debt,” laid off 30,000 employees, expanded Hewlett-Packard’s outsourcing while not offering a solution to reverse America’s trade deficit, pointed to poverty and illiteracy as the source of America’s hope.

Worse still, what business leader, or any leader for that matter, would point to the very civilization as an example of America’s hope, which had just attacked it two weeks earlier?

Politics, historical facts, and leadership aside, on the matter of “life and death,” which she mentions—for 9/11 survivors—like myself—or the few Christians who have survived genocide in 57 Islamic countries and violence throughout Europe, or kidnapped and trafficked little girls, Carly’s remarks could not be more offensive.

Her speech 14 years ago only reveals that Carly has been flying on a mystical magical carpet to nowhere for years.

Bethany Blankley hosts "America's Betrayal" on Renegade Talk Radio Network, is a political analyst for "Fox News Radio," and offers conservative commentary on various television news programs. Her columns have been published by The Washington Times, Newsday, Western Journalism, Townhall, The Christian Post, Charisma News, and others. She was a former communications strategist to four Senators, one Congressman, one New York governor, and several nonprofits. She earned her M.A. in Theology from New College at The University of Edinburgh, Scotland and her B.A. in Political Science from the University of Maryland. She is a past fellow of the Russell Kirk Center for Cultural Renewal and L'Abri Fellowship. Follow her: @bethanyblankley & bethanyblankley.com