Can a Christian Vote for a Non-Christian Candidate? 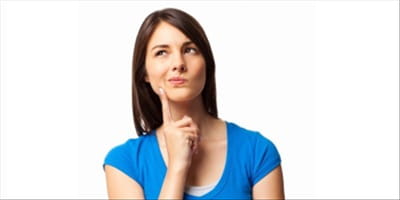 Can a Christian Vote for a Non-Christian Candidate?

I urge, then, first of all, that petitions, prayers, intercession and thanksgiving be made for all people – for kings and all those in authority, that we may live peaceful and quiet lives in all godliness and holiness (1 Timothy 2:1-2).

It is clear from the Apostle Paul’s writing that we are to pray for all leaders in government, including those who may not be Christians. But can we vote for them?

Theologian Wayne Grudem writes in Politics According to the Bible, “Christians should support the candidates who best represent moral and political values consistent with biblical teaching, no matter what his or her religious background or convictions.”

There are many biblical examples of God bringing non-believers to work alongside His people to further His purpose:

• Genesis 41:37-57 -- God used Pharaoh to establish Joseph in a position of authority in Egypt.

• Daniel 2:46-49 -- Nebuchadnezzar placed Daniel and his Jewish friends in positions of high authority in Babylon.

This working together with non-believers is called co-belligerence. Christian apologist Francis Schaeffer writes, “A co-belligerent is a person with whom I do not agree on all sorts of vital issues, but who, for whatever reasons of their own, is on the same side in a fight for some specific issue of public justice.”

There are many other examples of co-belligerence. William Wilberforce joined with non-believers to abolish the slave trade in England. Our country’s Christian founding fathers joined with their non-Christian counterparts, men like Jefferson and Franklin, to establish the foundations of a new nation.

There will be times that God calls us to engage in co-belligerence for the furtherance of His Kingdom. We may be required to vote for a non-Christian to help us accomplish God’s design for our time.

Al Mohler, president of The Southern Baptist Theological Seminary, writes: “We must be honest and acknowledge that there are non-Christians or non-evangelicals who share far more of our worldview and policy concerns than some others who identify as Christians. The stewardship of our vote demands that we support those candidates who most clearly and consistently share our worldview and combine these commitments with the competence to serve both faithfully and well.”

Theologian Dr. John Frame writes in Doctrine of the Christine Life: “… in some cultures (like the ancient Roman, in which the New Testament was written) there is not much that Christians can do, other than pray, to influence political structures and policies. But when they can influence them, they should. In modern democracies, all citizens are ‘lesser magistrates’ by virtue of the ballot box. Christians have an obligation to vote according to God’s standards. And, as they are gifted and called, they should influence others to vote in the same way.”

Christians need to vote responsibly. We have an obligation to be informed about issues and candidates, and then vote for those whose stances most closely align with biblical principles. As voters, we share the responsibility of government and thus share accountability to God for what takes place in our nation. And yes, this may mean that at times we need to vote for a non-Christian, whether it’s a national, state or local race.

There are many Christian brothers and sisters who feel anxiety about whether or not they should support Mitt Romney given that he is a Mormon. While I share their belief that Mormonism is not a Christian faith, biblical teachings reveal that I am to be civically responsible, and in America, that includes voting.

Regular readers of my column know that Governor Romney was not my first choice for president. But the fact is, one of only two men will be the next president of the United States: Barack Obama or Mitt Romney. Obama’s own record as a senator and now president reveals a man who believes in doctrines that are decidedly antithetical to Christianity and basic conservative morality. And a new documentary, 2016: Obama’s America (which I have recently seen and am now helping to promote) makes it crystal clear that Obama is also working to remake America into something very different than what our framers designed when they wrote the Constitution. Romney, while far from perfect, has got to win this election if we are going to have any hope of preserving biblical morality or the American dream.

I never look for the best Christian to be president – I look for the one who best reflects a strong moral character, and who is most likely to preserve my rights as a Christian and freedom-loving American.