By Whose Authority? Women Bloggers and the Evangelical Church 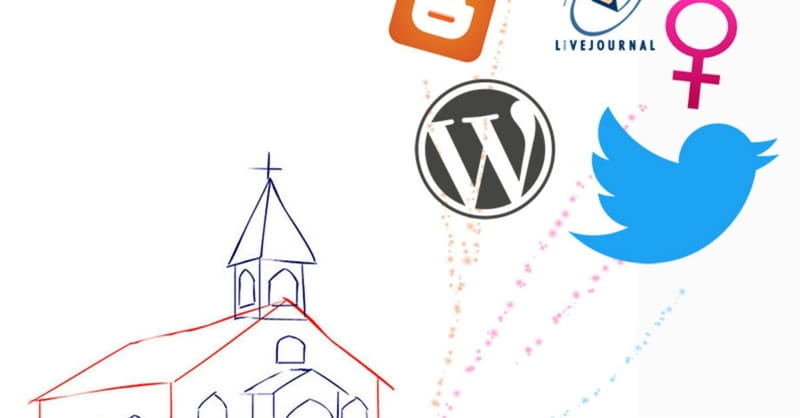 By Whose Authority? Women Bloggers and the Evangelical Church

In a piece published on Christianity Today’s women’s channel, Warren noted that many bloggers — and women in particular — write and teach outside the commissioning of the established church. The reaction to Warren’s article was swift, creating odd alliances between conservative and progressive bloggers who pushed back against her call for more institutional accountability.

Despite the reaction, Warren’s question is not a new one. This year commemorates the 500th anniversary of the Protestant Reformation, during which significant parts of Christendom will celebrate throwing off established authority with worship services, books and even tour packages.

Within the American religious tradition, dissenting from the established church is as old as our Pilgrim and Baptist forebears. Coupled with a larger culture of personal independence, it’s no wonder that the United States has given birth to more forms of Christianity than any other nation.

In this respect, the question of ecclesiastical authority is itself not surprising. What surprised some, however, was Warren’s focus on Christian female bloggers. Why, they wondered, was Warren making the issue of church accountability a gendered one? Given the highly visible scandals involving male religious leaders, why had the conversation landed on women’s heads?

From my perspective, the question does have a uniquely gendered cast but not because of garden-variety concerns about the patriarchy. Warren’s attention to female leaders stems, ironically, from the fact that we don’t give women enough attention or credibility. Few of us (save perhaps Beyoncé) have fully grasped the power women have as architects of community. And because we tend to overlook this female form of power, we also overlook the influence women have.

Blogger Alastair Roberts (with whom I do not always agree but who always makes me think) suggests one reason we overlook women’s power is because we tend to conflate all forms of authority and agency with male forms of authority and agency. Roberts suggests that, in general, men tend to exhibit agency that is combative and direct while women’s power is expressed through their ability to form community.

This notion of differing forms of power could sound sexist were it not backed by sociological data. From moral decision-making to leadership styles, women, in general, work with an eye toward relationships and cooperation while men operate more impersonally and individualistically. And because Western individualism tends to reward the latter, we end up overlooking the very real power women exercise while simultaneously erecting barriers for female success in the marketplace.

Out of this dilemma has emerged a new marketplace, one whose primary architects are women and whose infrastructure is relational and digital: network marketing. While generally involving female-oriented products — cosmetics, handbags, kitchen gadgets, health supplements — the real sell is the opportunity for women to succeed. While critics caution that some forms of network marketing are little more than pyramid schemes, the industry still manages to net $34 billion a year.

In many ways, the Christian blogosphere mirrors network marketing. Established churches — regardless of the question of women’s ordination — often struggle to identify, cultivate, and incorporate women’s gifts. When a man senses a call to ministry, he has a clear institutional path to follow, including mentorship from other men. When a woman expresses similar gifts, the path is not always as clear, and even if she is able to walk it, she’ll face systemic challenges, paralleling those in the larger marketplace.

The result is that women, more often than men, take an entrepreneurial approach to ministry. They gather communities around themselves via social media, bypassing established institutions altogether. Eventually these women may enter back into the establishment through books and speaking, but they do so on their own terms so that even as women are working outside institutions, they are remaking them in the process.

Another characteristic of the network marketplace is that it offers alternatives to more mainstream products. Just as essential oils offer an alternative to over-the-counter medicine, women’s ministry hubs offer up alternative forms of spirituality, many of which are “Not available in stores!” — or churches, as the case may be. Women leaders become akin to spiritual gurus with spiritual product lines available only through their own network and personae.

Despite their influence, many of these women are still seen as hobbyists. Just as network marketing struggles to gain credibility in the traditional marketplace, the church often struggles to see women’s entrepreneurial ministry as “real” ministry. While a male pastor with similar clout is seen as an authority in his church, women are dubbed “influencers.”

The nature of female authority also explains why it’s nearly impossible to critique a female leader without evoking concerns of sexism or meanness. When a women’s power is expressed relationally, any criticism of her methodology or teaching will necessarily be relational. Critique cannot help but be seen as a personal attack because her entire methodology is personal.

In this sense, the gap between women leaders and the established church has the potential to harm both; women are left without a support system or safety net while churches lose the blessing of their gifts.

Warren’s Anglicanism leads her to use the language of authority to frame this dilemma and perhaps that word is too cold for a context that thrives on relationships. What the blogosphere needs is partnership — specific partnerships between women and institutions that take them seriously, honoring the work they do for the church at large. Such partnerships have long been part of the evangelical tradition, whether it’s been commissioning missionaries or Sunday school teachers. The common thread being the church’s publicly recognizing, commissioning and ultimately caring for its members — male or female — as they do the work of ministry.

Hannah Anderson is the author of “Made for More” and the newly released “Humble Roots: How Humility Grounds and Nourishes Your Soul.” You can find more of her writing at sometimesalight.com, hear her on the weekly podcast Persuasion or follow her on Twitter @sometimesalight

Photo: Many women leaders are developing ministries outside of the established church structure and hierarchy.