Bullying, Backpacks and the Bible 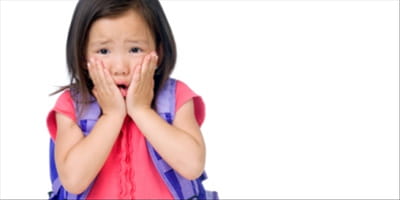 Bullying, Backpacks and the Bible

It’s almost time for our kids to go back to school, and the signs are all around us. We’re:

• making sure class schedules are filled out and school fees are paid;

• making sure our sons and daughters still fit in their school clothes and buying more if necessary; and

Office Depot, a major purveyor of back to school supplies, has announced that it will provide $1 million to support a foundation with the slogan “Empowering Youth. Inspiring Bravery.” Sounds pretty good, until you realize that the Born This Way Foundation is the brainchild of the outrageous pop singer who calls herself Lady Gaga, and the foundation is encouraging homosexuality as a valid lifestyle option.

As part of its promotion, Office Depot is selling signature gift cards, “bravery bracelets,” “kindness post-it notes,” and other goodies to appropriate the classic language of virtue and to spread the false gospel of homosexual self-acceptance.

Now my opposition to this campaign is not due to some kind of animus against homosexuals or Lady Gaga — far from it! And it’s certainly not because I support schoolyard bullies. It’s because the so-called lesbian, gay, bisexual, transgender and queer (LGBTQ) community — along with corporate partners such as Office Depot — is telling our kids the lie that the good life is to be found not in the classic virtues such as temperance or faith, but in the hollow and ultimately hopeless pursuit of self-acceptance, apart from biblical standards that are meant for our blessing.

Now the announced intention of all this is certainly admirable — to combat bullying. No one of good will, no matter what you may think of homosexuality, can condone the bullying of homosexuals, in schools or anywhere else. But protecting people from harm — whether they engage in homosexual acts or in anything else — is not the same thing as endorsing that behavior. Yet many young people, who are particularly vulnerable in matters sexual, may not catch the distinction.

The Gay-Straight Alliance Network is a national organization that seeks to spread local clubs on school campuses, often with the enthusiastic support of teachers and administrators who seek to fight bullying. “A Gay-Straight Alliance (GSA) is a student-run club in a high school or middle school that brings together LGBTQ and straight students to support each other, provide a safe place to socialize, and create a platform for activism to fight homophobia and transphobia,” the GSA Network says on its website. “… GSA Network’s resources empower students to advocate for safe schools policies, mobilize their peers to stand up for safety and equality, and train teachers to stop bullying.”

Yet it’s hard to avoid the idea that more than an anti-bullying message is being communicated. On its website is a photo showing a smiling boy holding a sign, “I [love] Queers!”

The LGBTQ movement is attempting to redraw humanity according to only a single aspect of human existence — sexual desire. This narrow focus leaves thousands of people as victims of an ideology that promises happiness but delivers only ultimate ruin. Risking the opprobrium of the anti-bullying/pro-gay movement, however, Christians are beginning to speak up.

“The one million dollar pledge from Office Depot to the Lady Gaga Born this Way Foundation will influence many teens to embrace homosexuality for their lifetime who may have otherwise worked through their crisis with straight results,” says the conservative Florida Family Association. “Thousands of kids who might have otherwise worked through their pubescent sexual identity issues will be inspired to accept the wrong choice based upon this unscientific, emotionally charged propaganda. What’s brave or kind about telling thousands of sexually frustrated teens that they were 'Born This Way' when a high percentage of them would have ended up taking the straight heterosexual path for life?"

Think about it: What happens when you have been told over a lifetime that the key to fulfillment is “finding yourself,” only to find out too late that you are sexually broken, that you are a sinner, that you are lost? This movement, despite its promises, cannot tell us who we really are. Only the Lord can do that.

Office Depot has fallen for the siren song of LGBTQ propaganda, and many lives are going to be shipwrecked as a result. A corporate official says the Born This Way Foundation is “an inspirational organization that has the power to make a difference in the lives of today’s youth.”

I wonder if Office Depot would be similarly willing to inspire the bravery of Christians to live out not a self-indulgent and ultimately self-destructive lifestyle, but a self-giving one motivated by the love of God? I think we know the answer.

Friends, if we care about young people, let’s try living that way when it comes to this issue. We ought to speak out against both bullying and pro-gay propaganda in the schools. At the same time, let’s remember to show the love of Christ that the lost world so desperately needs.