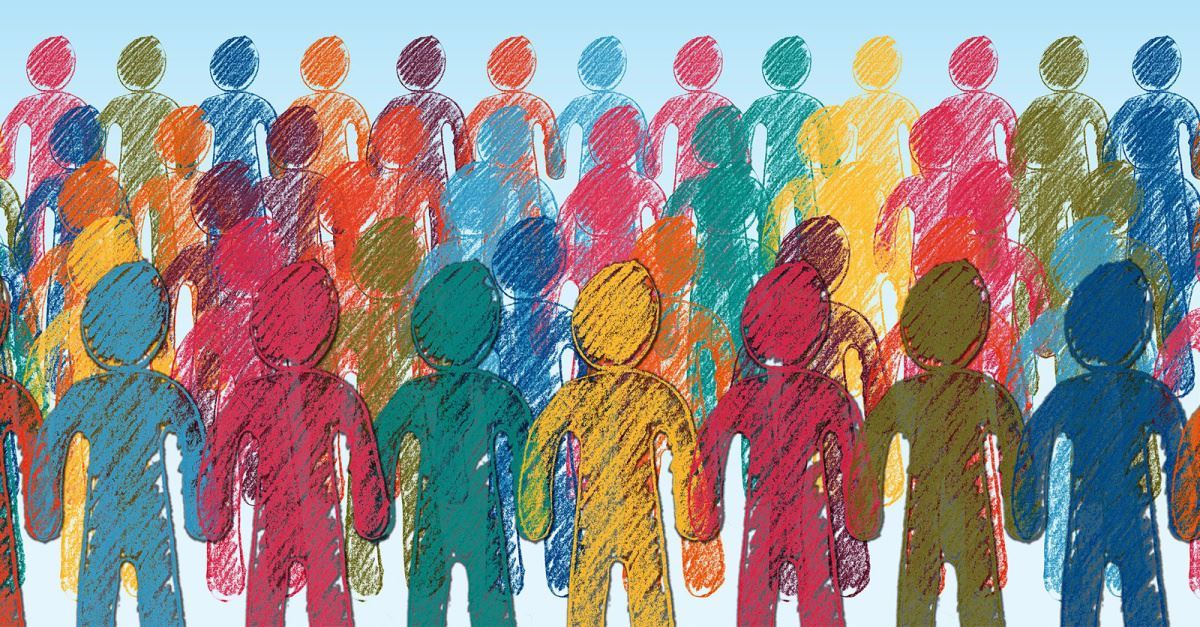 (RNS) — There’s a running joke in church that the term “young adult” is kind of like the phrase “middle class”: it conveniently includes whoever is using it at the time.

The joke may have been on my wife, the Rev. Amy Piatt, and me when we showed up to the church we serve last summer to find ourselves charged a few months later with starting a “New Thing” to meet the needs of young adults and their families.

At 45 and 47 years of age, respectively, Amy and I are indeed among the youngest members of the church: The previous young adult ministry had finally disbanded when all of its constituents had aged out.

This is just one example of how out of step the church as a whole has become with the rest of the country. The research firm Barna Group reports that more Americans still identify as “Christian” than other religious identities, but less than a third of us who identify that way actually attend any sort of church community on a regular basis. And the average age of those who do is, well, old.

For younger people, the very notion of “church” is an increasingly foreign, almost quaint, concept. So-called “nones” — people claiming no religious affiliation — constitute a larger cross-section (23.1%) of the population than either evangelicals (22.5%) or Catholics (23%), according to the General Social Survey by the non-partisan and objective research organization NORC at the University of Chicago. Among those nones, the fastest-growing demographic is younger adults.

What the church has in common with the culture, however, is that people still long for deeper connection in their lives. This is evident in the apps intent on bringing people together: Cliq, MeetUp, Friender, VizEat, Bumble and even Meet My Dog (like Tinder for dog owners), to mention just a few.

When we started chatting with singles or couples in our new congregation at the beginning of this year about what shape our new venture would take, they understood this connection culture — most of them were joiners by nature — but they also recognized the modern resistance to going to church. There is just too much baggage in the idea of walking through the doors of a church.

We took a page from a support group at the church whose organizers recently moved their meetings off-site and found that dozens more people started to come. The concept of this kind of ministry is less a “come and see” model and more of a “go and do” practice.

One couple we met a few months ago that runs a property management company offered a space just off of the town square that had come available recently. There was a restaurant in the same building, and it had a third space in the back that was still unfinished and wide open.

It was perfect, its potential waiting to be realized, just like our new project.

We resolved, too, not to have the word “church” in the name of whatever this New Thing is becoming. What we were trying to give birth to wasn’t going to be another church or just a new program of the “mother ship.”

Inspired in a sense by the Jewish kibbutz movement, our team embraced the idea of an intentional community that shared far more than a couple of hours on Sundays. It was important to blur the lines between our faith community and the rest of life: Imagine a downtown storefront driven by the mission of a church but embedded in the community where those who are resistant to religion can find points of access: community play sessions, art classes, silent meditation, children’s dance, diabetes classes and 12-step programs.

Some might end up coming to worship eventually, but what matters more is finding new, creative ways to be church for and with them, whatever that looks like.

But as we change the boundaries of what we knew as church, there are a few things we know will not change. We will always be unapologetically Christian, if more in action than in word. We will model our action on the Greatest Commandment, which charges each of us to love with all we have and all that we are. This is a new opportunity to express love toward our neighbor.

The value of community will be the center of our identity. Despite our digital connectedness, Americans are lonelier than they have ever been in recent memory. Three of four report wrestling with loneliness, and one of the loneliest times in our lives is when we enter young adulthood.

For that reason, we planned to make face-to-face meetings the foundation of our relationships. This doesn’t mean that we won’t employ social media and text groups, but, when we do, it will be built on personal contact, rather than as an anemic virtual substitute.

These relationships will be the center of our community, surrounded by all of our networks of those in need and of the resources we can call upon. We may or may not have something that resembles worship early on, if ever. We’re less concerned with what this notion of community looks like on the surface than we are concerned with it always being anchored in the values of deepening human connection, deepening the development of heart, mind, body and spirit, and doing all of it in service to our neighbors.

There are a thousand more details to work out, and at least as many things that can — and probably will — go wrong. We might fail gloriously, but, when compelled by an inspired vision, it’s far worse not to try than to fail.

(Christian Piatt is the author, most recently, of the Surviving the Bible series and a co-creator and co-host of the Homebrewed CultureCast podcast. The views expressed in this commentary do not necessarily represent those of Religion News Service.)