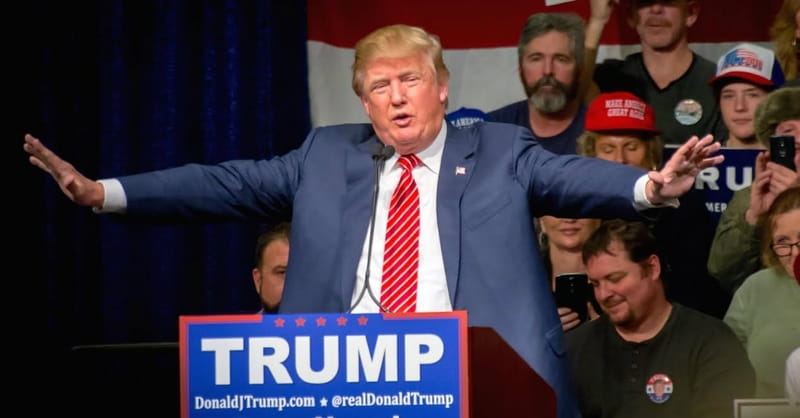 Uniting a diverse coalition of blue-collar workers, pro-life advocates and people of all backgrounds, last week Donald Trump defeated Hillary Clinton in the U.S. election—becoming the 45th President of the United States in “the biggest political upset in American history” as The Economist and media outlets worldwide reported.

The victory was unexpected partly because polling models did not fully account for what issues motivated certain voters. Exit polls showed that “Seven in 10 voters nationwide say Supreme Court appointments were either the most important factor or an important factor in their decision to support a candidate.”

Led by Vice President-elect Mike Pence, the Trump transition team will be making headlines daily over the next two months—working to place conservative personnel to lead departments across the Executive Branch, including in domestic, economic and foreign policy.

From government funding of abortion to the rise of assisted suicide, from bioethics concerns to conscience rights for medical professionals, every new staff member has the potential to be involved in protecting and defending lives. Yet it’s the empty seat on the U.S. Supreme Court pro-life advocates are intently focused upon.

Who will Mr. Trump nominate for this seat, and how will the U.S. Senate guide his decision? While some nationwide have circled Inauguration Day (January 20) as the first date to refocus on politics, important moves will be made in the coming weeks.

“The first appointment to fill the Scalia vacancy will give Donald Trump the opportunity to preserve, and improve, the divided court that existed before the election,” says Allan Parker, President of The Justice Foundation who has been involved in pro-life legal advocacy for more than two decades.

A media circus is expected with any nominee to the high court, often focusing on the potential Justice’s gender or other external traits. Yet the important questions will center on his or her judicial philosophy.

“Donald Trump should appoint an original intent constitutionalist, one who interprets the Constitution according to the original intent of the American founders and ratifiers,” states Texas attorney Allan Parker.

“Of course, the Constitution can be amended and has been over the years—but not by judges. There is a legislative process for amendments, subject to the consent of the governed which is where we get the legitimacy of our form of government.”

Trump is expected to announce a nominee in the first weeks of his presidency—with much fanfare. During the campaign, he released a list of 21 potential judges from which he would ultimately choose one important name.

“Donald Trump showed real leadership by putting out a list of excellent candidates for the empty seat on the Supreme Court,” says Carrie Severino, policy director of the Judicial Crisis Network. “That list, combined with the principled position taken by Leader Mitch McConnell and Senator Grassley, is what made the Supreme Court such a key issue in this election.”

The Senate Judiciary Committee carries responsibility for vetting all Supreme Court nominees, including during the high-stakes nomination hearings. The committee, currently chaired by Sen. Chuck Grassley (R-Iowa), is comprised of 11 Republican and nine Democratic Senators.

While Republicans were elected to majorities in Congress—with the Democratic Party having few ways to obstruct the process—the Senate’s role of providing advice and consent on new personnel appointed by President Trump could result in a holdup.

“It will be a busy spring,” Severino continues. “The U.S. Senate will be in the unusual position of having to process a Supreme Court nomination at the same time as over 1,200 presidential appointment positions.”

At least one Senator is leaving the Judiciary Committee. After opting not to run for reelection, Sen. David Vitter (R-Louisiana) will retire this year.

Another committee member, Sen. Jeff Sessions (R-Alabama) has forged a close bond with President-elect Trump as one of his strongest backers—leading some to speculate he will leave the Senate to work in the Trump Administration. In this event, two Republican seats on the committee will need to be filled.

“This election was all about the Supreme Court, so engaged citizens are expecting pro-life leaders in the Senate to act accordingly,” says Pam Olsen, a Florida prayer leader who supported Trump during campaign season.

“We need voices like Joni Ernst, Ben Sasse and my own newly reelected Senator Marco Rubio on the Judiciary Committee—men and women of true conviction!”

Replacing the empty seat left by the late Justice Antonin Scalia may not be President Trump’s only appointment to the high court.

“With as many as three more vacancies possible in the next four years, [the] conservative domination could become overwhelming for generations to come,” stated NPR News in post-election analysis.

Yet considering recent pro-abortion court decisions, is it astute to envision some future Supreme Court case that will weigh innocent pre-born lives on the scales of justice? Attorney Allan Parker sees a path for such an outcome.

“Decisions such as Roe v. Wade and its companion case can be overturned under the doctrine of stare decisis,” asserts Parker, referring to a legal principle of constitutional law by which more than 200 Supreme Court decisions have been overturned.

“All judges take an oath to defend the Constitution, which means honoring that written text more than any prior opinions—including court opinions. The U.S. Constitution expressly has a right to life in the fifth and fourteenth amendments,” states Parker.

Matt Lockett of Bound4LIFE International, who leads a team of pro-life Christian intercessors based on Capitol Hill since 2004, echoes this statement.

“Many have said that Roe v. Wade will never be overturned; they also said the election could never go the way that it did. I believe we are in a unique season of answered prayer. The pro-life movement must push forward right now with what we know is right and true,” declares Lockett.

Parker emphasizes the new administration must live up to its campaign promises, saying, “Republicans need to be as bold and as confident as President-elect Trump was when he said that he would appoint judges who would overturn Roe v. Wade.”

Josh M. Shepherd serves as communications manager at Bound4LIFE International, a faith-based pro-life organization. He previously worked on staff at The Heritage Foundation and Focus on the Family. Josh and his wife Terri live in the Washington, D.C. area.