Ben Carson’s Faith (and Mine) Has Already Touched Your Life 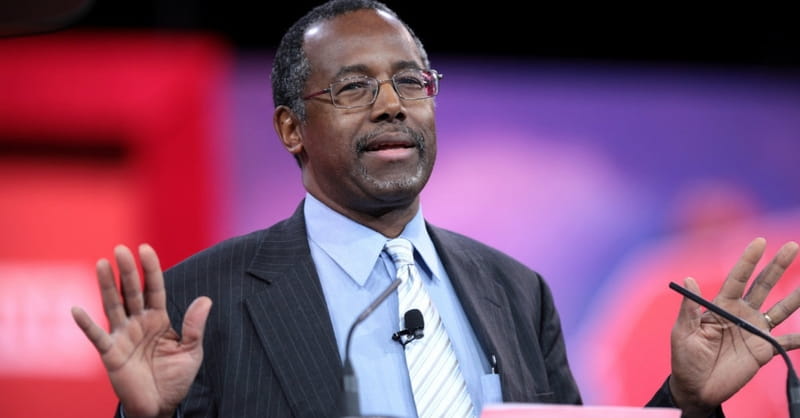 Ben Carson’s Faith (and Mine) Has Already Touched Your Life

In what might well be a “dog whistle” statement aimed at alienating evangelical Christian voters in Iowa who like Dr. Ben Carson, real estate magnate Donald Trump last Saturday (Oct. 24) delivered an oblique judgment of the neurosurgeon’s faith:

In painting a religion as unknown, Trump seemed to suggest there must be something amiss about Carson’s faith. Carson has credited his Christian faith, and Adventism in particular, for shaping his worldview and contributing to his success in life.

Trump probably isn’t alone in not knowing much, or anything, about the Seventh-day Adventist Church, a Christian movement organized 152 years ago in Battle Creek, Mich., which claims 19 million members around the world, of which a little more than one million live in the U.S.

But the church of Carson’s choice — and, since 1999, mine — has already touched the lives of multiple millions, even if they don’t realize it.

Did you have cereal for breakfast? Thank W.K. Kellogg, who along with his brother, physician John Harvey Kellogg, adopted health principles promoted by Ellen G. White, a pioneering co-founder of the Adventist movement. White advocated for a vegetarian diet, and it was the Kelloggs who pressed corn into flakes that could be served with (preferably soy) milk for breakfast. (Until he entered the presidential race, Carson was a director of the Kellogg company.)

Do you know an infant who received a heart transplant? You can credit Dr. Leonard Bailey, a surgeon at Loma Linda University Medical Center in California for research that made such procedures better. Loma Linda is a Seventh-day Adventist Church-owned hospital and medical school, and Bailey’s controversial 1984 implantation of a baboon heart in Stephanie Fae Beauclair, an infant whose congenital heart defect was a death sentence, advanced the procedure.

Loma Linda University Medical Center also led out in proton therapy for prostate cancer, saving an untold number of lives. Its graduates include Gillian Seton, a physician who served on the front lines of the 2014 Ebola outbreak in Liberia. Another alum was the late Frank Jobe, the orthopedist who invented the “Tommy John surgery” to repair baseball pitcher’s damaged arms.

The Adventist lifestyle, which encourages abstinence from alcohol, tobacco, caffeine and meat, is credited with extending lifespan. On average, studies including the famous “Blue Zone” project reveal, Seventh-day Adventists who follow the guidelines live seven years longer than the general population.

Beyond medicine, Adventists maintain a large education system, from kindergarten through postgraduate training with 1.8 million students enrolled around the world. In developing nations especially, low-cost, high-quality Adventist education is often a way up to escape poverty.

Adventism is a Protestant Christian faith, albeit slightly different from the “down-the-middle” Presbyterian religion Trump claims. Its principal difference is found in the church’s name: Seventh-day Adventists worship on what we believe is the Bible Sabbath, the seventh day of the week called “Saturday” in English, but referred to as “Sabbath” in over 100 other languages, including Spanish, “Sabado.”

The Adventist part? We believe Jesus is returning soon.  (The early 19th-century Millerite movement, some of whose members formed the Seventh-day Adventist Church, set an 1844 date for Christ’s return, but Adventism has never, in its 152 years of operation, set a formal date.)

The church and its members also respect and take counsel from the writings of Ellen White, who we believe exercised the biblical gift of prophecy during her decades of public ministry. But we don’t worship White or her writings, nor do they substitute for the Bible. “Brethren and sisters, I commend unto you this Book,” were White’s final public words, referring to the Bible she held in her hands, at a 1909 meeting of Adventist leaders. (She died six years later.)

Not only do Adventists rely on the Bible as the final word on issues of doctrine, but we also work diligently to protect religious liberty. We’ve been to court on behalf of Sabbath-keepers, and filed a brief supporting Samantha Elauf, the Muslim woman refused a sales job by retailer Aberchrombie & Fitch because she wore a hijab. Adventists believe religious liberty belongs to all people, everywhere.

What Donald Trump doesn’t know about Seventh-day Adventism could perhaps fill a book or two. But the one million Adventists in the U.S. would be happy to tell him — or anyone else — the full story.

Mark A. Kellner, a writer in Salt Lake City, worked at the Seventh-day Adventist Church’s world headquarters from 2003 to 2014, including seven years as news editor for Adventist Review and Adventist World magazines. This commentary first appeared in USA Today.