Because of Billy Graham, the World Will Never Be the Same 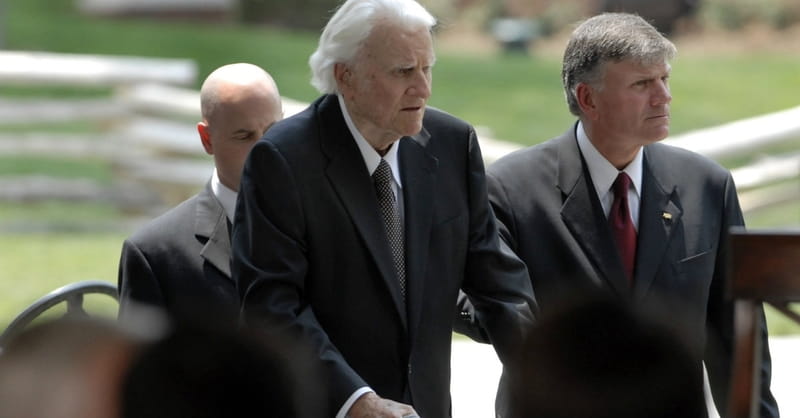 Because of Billy Graham, the World Will Never Be the Same

Evangelist Billy Graham was an influencer of influencers on the world stage, a prophetic voice who had a profound impact on three generations as “God’s Ambassador,” “Evangelist to the World” and “America’s Pastor.”  But he did more than just preach the gospel — he lived it.

For more than 30 years — more than half of his public ministry — I had the privilege of serving as director of media and public relations and spokesman for Billy Graham, who died on Wednesday (Feb. 21) at the age of 99. What started as a professional relationship, over time, grew into a fraternal Christian brotherhood and a lasting friendship that I will always cherish.

He had a deep impact on my life as a principled colleague and spiritual mentor, who taught me that the life one leads is more important than the mere words one says. While the hundreds of sermons I heard him preach were a blessing to me spiritually, more importantly, he has been an example of a life totally yielded to God.

He modeled spiritual, moral and financial integrity through more than six decades of public ministry. He and the Billy Graham Evangelistic Association sustained an impeccable reputation within the faith community and among mainstream audiences. It was a remarkable combination of God’s providence and protection, a strong board of advisers, responsible stewardship, a capable staff and a singular focus on evangelism.

Throughout his public ministry, Billy Graham affected the direction of worldwide Protestantism decisively toward evangelism.He went from U.S. flag waver in the 1950s to global elder statesman, giving credibility to the Christian faith — particularly its evangelical tradition — within the culture at large.

Beyond his crusades and various ministry platforms, he also helped tip the balance in the struggle against communism through his pioneering influence behind the Iron Curtain, including the former Soviet Union, China and North Korea.

He was an advocate of an inclusive view of the Christian experience, focused around the centrality of Jesus, and he took a benevolent approach to other faiths.  His ministry had a unifying effect among diverse groups, emphasizing what they had in common rather than what divided them. He facilitated rapprochement between Christians and Jews; Catholics and Protestants; and fundamentalists and evangelicals.

In the absence of an official spokesman for evangelical Christianity, he was perceived as the perennial “go-to” person and authoritative media resource to put the gospel in a cultural context on issues relating to the Christian life and societal influence.

In a familiar biblical story in the Old Testament, Moses stood on a hill to watch Joshua lead the army of Israel to battle. As long as Moses held up his staff, the Israelites were winning the battle, but whenever he dropped his arms, their opponents prevailed. So God raised up two men who stood and held up Moses’ arms and steadied his hands to achieve victory.

That has been my role and that of my communications colleagues — to hold up the arms of Billy Graham as a man of God for this generation. While reporters often lead with questions about his crusades or comments on current events, what mattered most to him was to faithfully lift up the name of Jesus with authenticity and integrity to the great and the lowly, the high and the humble.

He never hesitated to tackle political, economic or social issues from a spiritual perspective, addressing them as matters of the heart. He always contextualized his message, showing how the Word of God speaks to personal and societal problems.

Though primarily an evangelist, he was also a man of consistent conscience, compassion and peace who never veered from his calling to faithfully preach the gospel. He applied the gospel to social justice issues and provided leadership by example in racial and denominational reconciliation and civil rights.

For many years into the future, scholars, historians, theologians and media will be studying Billy Graham’s life, philosophy of ministry and inventory of sermons and statements — as they have D.L. Moody, Billy Sunday, George Whitfield and other great evangelists who have gone on before.

“The men who followed Jesus were unique in their generation,” Graham once said. “They turned the world upside down because their hearts had been turned right side up. The world has never been the same.”

Today we mourn the passing of Billy Graham, whom we remember as a man who faithfully and fervently served God in his generation. As a result, the world — and countless millions he reached — will never be the same.

Larry Ross served for more than 30 years as spokesperson for evangelist Billy Graham. Ross is now president of A. Larry Ross Communications, a Dallas-based media/public relations agency founded in 1994, and is curator of the Billy Graham: The Legacy website and YouTube channel.