Anti-Semitism Is a Public Health Crisis 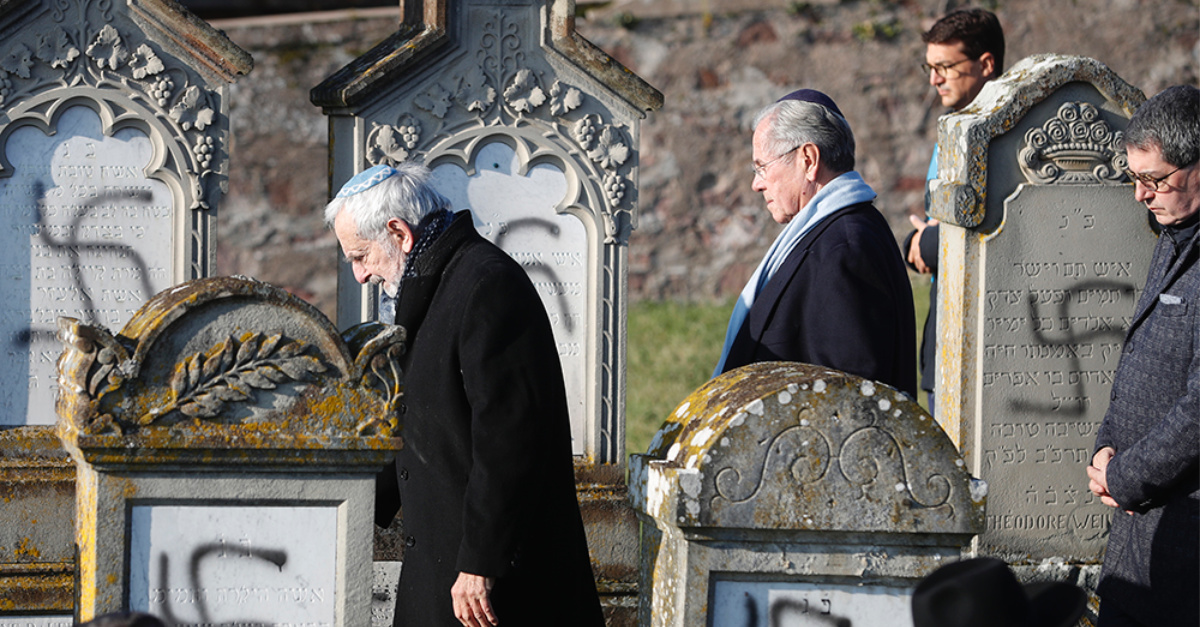 Anti-Semitism Is a Public Health Crisis

(RNS) — It is now happening almost every other day — anti-Semitic incidents and attacks.

Whether it is physical, violent attacks on Orthodox Jews in New York City; attacks outside synagogues; swastikas and hateful graffiti on synagogues; a Jewish student government member at McGill University in Montreal being told to cancel a trip to Israel or resign; or a Belgian city stubbornly insisting on continuing an anti-Semitic carnival display, and defying UNESCO by saying that it willingly forfeits its status as a cultural heritage site — whatever, wherever ... as we Jews say at the Pesach Seder: Dayeinu.

Every day — every. single. day. — there is another incident of Jew hatred.

The only real question is: What can we do? What kind of activism would be necessary and sufficient to begin to heal this herpes virus that keeps on returning to the body politic?

Let us be clear. No amount of activism can extinguish hatred. If that were possible, we would have figured it out a long time ago.

But there is another possibility.

Is there a precedent for this?

Let me bring you back to almost 60 years ago. Let's talk about tobacco.

In those days, it seemed that “everyone” smoked cigarettes. Just watch movies of that period, and even later. Revisit news programs, and you will see the famous talking heads of our time smoking cigarettes. It was ubiquitous.

And then, what happened?

In 1964, the U.S. surgeon general released that famous report that linked tobacco use to lung cancer and heart disease. A year later, the federal government mandated that cigarette packaging include warnings that smoking could be hazardous to one’s health.

Five years later, in 1970, President Richard Nixon signed the Public Health Cigarette Smoking Act, which banned cigarette advertising on television and radio — even if you still remember some of those memorable campaigns for longer cigarettes (more tar and nicotine!) and even if you can still hum the Benson & Hedges commercial.

Our children will not know Joe Camel or the Marlboro Man — no great loss.

And then, we determined that it wasn't only direct smoking that was harmful. We learned about the effects of secondhand smoke on nonsmokers.

To be clear: No amount of legislation or social engineering could stop smoking.

But, through a concerted effort over decades, society relegated cigarette smoking to the sidelines of polite society.

Witness the nicotine ghettos of smokers gathered outside office buildings. The fear of vaping only underscores the ongoing nature of the health crisis.

Today, we face a similar, though less lethal, public health crisis — and that is the explosion of anti-Semitic acts. As with shootings, the increased frequency of anti-Semitic violence, both physical and verbal, has only contributed to our psychic numbing.

And, as with smoking, the "secondhand smoke" of anti-Semitism affects all of society.

It is time for America to do for anti-Semitism what it did for cigarette smoking — make it taboo.

We need action and activism on a national and even international level.

Public rallies and marches. Let us take our cues from civil rights marches, the anti-Vietnam war marches of the early 1970s and the monumental 1987 march on Washington for Soviet Jewry.

Those marches and rallies succeeded in drawing national attention to those causes. A march on Washington to protest the ubiquity of anti-Semitism would not cure this hatred.

But, at the very least, it would draw attention to it. It would name the demon.

“We Will Never Die” went on the road, with performances in Philadelphia, Washington and Los Angeles.

The Los Angeles performance at the Hollywood Bowl was broadcast nationally on NBC radio.

This is what we need now — a star-studded pageant called "Stop the Hate!"

Think of the Jewish talent that could give itself over to this cause. Seth Rogen — you and your father just received an award for your contributions to Jewish culture. Headline "Stop The Hate!"

In 1943's production, the list of celebrities included a healthy mix of gentiles.

This time, such friendly non-Jewish celebrities will lend their efforts as well.

Such an effort would not be merely local. When you consider the success of a pre-internet “We Will Never Die,” a contemporary cyber effort would be monumental.

Public service announcements on media, including social media. Decades after you would have thought America had gotten the message, there are commercials that quite graphically show the ravages of smoking on individuals.

It is time to enlist celebrities, politicians, etc., for public service commercials that will speak out against anti-Semitism.

Jerry Seinfeld: “If you hate Jews, you hate me. And that’s no yada yada.”

Sacha Baron Cohen: “Throw anti-Semites down the well!” (Watch his wonderful address to the Anti-Defamation League.)

ADL could be the lead institution in this campaign; it is certainly the group's sweet spot. And, yes — other major Jewish organizations, federations, Jewish community relations councils, and with significant outreach to non-Jewish allies.

Again — will this “cure” Jew hatred?

But it will make it very clear that anti-Semitism is beyond the pale in American life today.

In times to come, when he asks: “Grandpa, when did you know what was happening, and what did people do about it?”

I want to have the right answer.