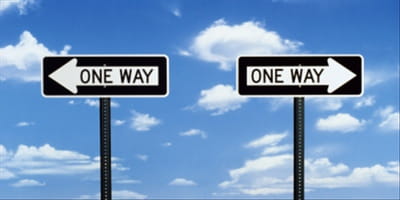 schiz·o·phre·ni·a – a state characterized by the coexistence of contradictory or incompatible elements.

By now most people have heard about New York City mayor Michael Bloomberg’s battle to ban Big Gulps in the Big Apple. According to Bloomberg’s health commissioner, Thomas Farley:

In the eco-conscious, health-obsessed culture that characterizes America’s urbane elites, it is widely considered to be a moral imperative for government to do whatever it can to stem the tide of obesity in America. Tackling childhood obesity is First Lady Obama’s signature cause, and she’s done an admirable job of encouraging families to move their bodies more and make better choices about what they put on their plates. In the case of Mayor Bloomberg and sugary drinks, his desire is to limit consumer choice because the “default choice should be healthier.”

In other words, neither Mrs. Obama nor Mayor Bloomberg has any qualms about taking a firm “moral” stand on the issue of nutrition. Their logic: Drinking a 64-ounce cola is bad for everyone, and government is morally justified in using its power to remove that choice from the public realm. Big fat people shouldn’t have the right to choose something that will make them bigger and fatter, more unhealthy, and more of a drain on public resources. Unrestrained “choice” isn’t always good.

Ironically, however, both Bloomberg and the First Lady are fervent advocates of a woman’s “right to choose” abortion, and view any efforts by government to restrict such choice as inappropriate and overly intrusive. Which brings us to another story making headlines in recent days: Congress’ refusal to outlaw the abhorrent practice of gender-based abortion. Most Democrats are so terrified of appearing even slightly judgmental about the morality of terminating a pregnancy that they can’t even bring themselves to vote on the subject!

So we find ourselves living in a society where our elected officials see nothing strange about using the power of government to impose a morality of nutrition while shying away from using that power to protect the lives of innocent unborn children. How can this be? What kind of mindset can embrace such moral schizophrenia? I would humbly suggest that when you jettison the moral truths that inhere in the Judeo-Christian tradition, the world turns topsy-turvy. Our elected representatives, the Muppets of Sesame Street and Oprah devote hours of time, effort, and money in order to educate the masses about the dangers of high fructose corn syrup while ignoring the crises of crumbling families and a culture that increasingly celebrates hedonism and death. Our government won’t allow you to enjoy a Big Gulp, but it will stand aside and let you choose to kill your unborn daughter simply because you’ve already painted the nursery blue. Heaven help us!

At the end of the day, it’s really not about what’s truly right and wrong according to any kind of transcendent moral and ethical standards, but merely what government decides to allow based upon prevailing cultural and political trends. And a government big enough and intrusive enough to prevent you from drinking a Big Gulp is big enough to control every aspect of your life. It can compel you to eat your broccoli, do your pushups and take an afternoon nap if it deems those things to be healthy for you. It can compel you to buy birth control and abortifacient drugs for your employees if it deems that a woman’s right to consequence-free sex trumps your right of religious conscience. It doesn’t matter what you think, it doesn’t matter what the Constitution says, it’s about what those in power decide.

We should be very wary of a government unconstrained by traditional notions of right and wrong. When men in power take it upon themselves to decide what is just, what is true, and what is good; when they look inward to their own sinful hearts and outward towards a crumbling culture for guidance instead of upward to the Creator, they will inevitably choose the wrong path, and civilized society will suffer.

Congress had an opportunity to send a signal to the American people and to the rest of the world that we are a nation that cherishes our founding principles, honors the sanctity of life and values equally the worth of baby boys and girls. Instead, they chose the coward’s way and cast a shadow of shame over what is supposed to be the land of the free and home of the brave.