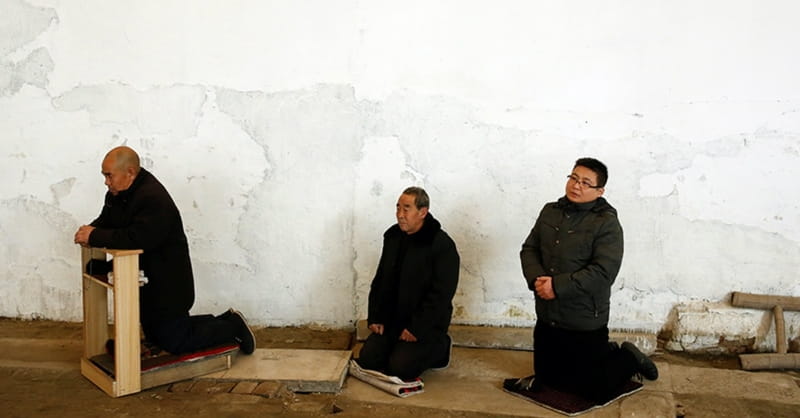 When Xi Jinping and Donald Trump had their first face-to-face meeting earlier this month in Mar-a-Lago, the plight of Christians in China could scarcely have been farther from either leader’s mind.

An already full docket of talks on North Korea and U.S.-China economic ties was overshadowed by Trump’s bombing of Syria, a fact he relayed to Xi at the end of their evening banquet.

But America ceding its role as global moral enforcement officer — including the once-customary raising of human rights with China during bilateral talks — has consequences.

The Chinese State Council recently released draft laws and regulations it plans to process in the coming year. They include revisions to the Regulations on Religious Affairs, potentially threatening the ability of millions of Chinese to practice their faith. The regulations come on the back of a two-year campaign in eastern Zhejiang province to remove crosses from the tops of churches and signal the end of a period of more relaxed control over religion.

For the 60-plus million Christians living in China, churches must be legally registered with their local governments. Currently, this can only happen through the Protestant Three-Self Patriotic Movement or the Chinese Catholic Patriotic Association. Churches that do not fall under the jurisdiction of one of these bodies are technically illegal. However, over the last few decades, unregistered, or underground, churches have been permitted to exist in a legal gray zone, not sanctioned by the government but tacitly permitted.

While the proposed regulations do not ban such churches outright, the worry is they can be enforced to achieve that outcome. Already reports from central Henan province indicate that some local governments have shut down unregistered churches in line with early drafts of the regulations.

Christians in China face a dilemma. Most of the theology coming out of the underground church movement is predicated on a belief in an absolute separation of church and state — and a willingness to suffer for that belief. For Reformed (or Calvinist) believers who cannot in good faith submit to local government “guidance and supervision” in order to register, their churches could face summary closure. Underground Chinese Catholics face a similar dilemma of authority, as many place their religious identity and loyalty to the Vatican above a national identity.

These beliefs put the majority of Chinese Christians on a collision course with the state, and with the state church system, which has developed its own brands of Protestantism and Catholicism in line with China’s socialist vision.

Restrictions under the new regulations are not limited to one faith. Local legislators have already banned burqas in cities in northwest Xinjiang province, which has a large Uighur Muslim population. But now it will also be illegal for students, whether Christian, Muslim or Buddhist, to travel abroad to attend “unauthorized” religious training, or even conferences. Religious news websites must be examined and approved by authorities. The proposed regulations make it difficult for Christians to form churches or register religious organizations outside state channels, construct their own theologies, ordain their own clergy, or receive funding from abroad.

Since the Communist Party took power in 1949, there have been cyclical swings between periods of relaxation on religious activities, and crackdowns. But one tenet across religion legislation has always remained the same: Religion should not be allowed to threaten the state through civil disruption, jeopardizing national unity or foreign infiltration. To ensure this, China established regulations throughout the 1980s and ’90s to control the flow of money and religious literature into the country and supervise the training of religious leaders.

The move toward a market economy over the last two decades brought with it an accommodation of religious practice, so much so that a normalization of underground churches was believed imminent in 2016. But the push for economic growth has brought its challenges, with a recent housing bubble, banking crises, major corruption cases and now the threats to religious practice. Xi in April 2016 called on the Chinese to “resolutely guard against overseas infiltration via religious means,” effectively challenging any allegiance to the Dalai Lama or the pope, and harking back to the era of an isolated China.

In a China where the litmus test of government efficacy has become the provision of material well-being, a certain amount of authoritarianism is regarded as an acceptable trade-off for shoring up confidence in the state. As Xi imposes measures to ensure social stability in the face of disruptions brought by market reform, underground churches and other religious communities are, in effect, being sacrificed for the market.

At the same time, a new group of highly educated and vocal underground Protestant church leaders have emerged, several of whom have law degrees. Many have been foremost in the campaign to open up civic space in China. Given the detention of lawyers who have defended churches against forcible cross removal, the position of religious activists is increasingly insecure.

The hands-off moral position emerging in U.S. politics — slashing the foreign aid budget by 30 percent, lifting human rights conditions for selling fighter jets to Bahrain — and the decoupling of morals and trade, is changing the face of the diplomatic game. While U.S. intervention may rarely have been decisive for religious believers in China, the threat of trade retaliation for rights abuses often sets the parameters of engagement. As former head of Thomson Reuters China, David Schlesinger, has pointed out, holding China to human rights standards used to be a bipartisan issue and a fundamental element of U.S. foreign policy; it was a Republican government that gave political refugees asylum after Tiananmen.

American Christians who voted in a president who fails to do the minimum to secure religious freedom abroad have some serious soul-searching to do before their sisters and brothers around the world.