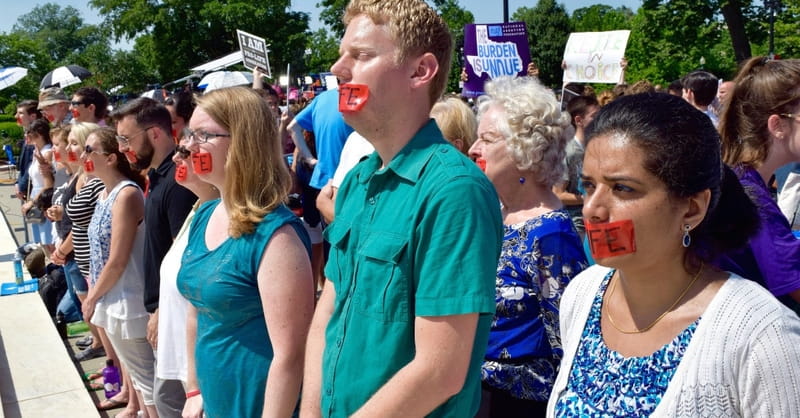 I am saddened at the continued politicizing of the abortion issue. In a decision released Monday by the U.S. Supreme Court, basic standards of healthcare were dismissed and the women of Texas—and America—are the ones who will pay the price. As a woman who still regrets my abortion, and now counsels women in crisis in the Dallas area, I’ve spent decades fighting for the truth: we deserve better than abortion.

Women facing a critical decision need the full truth. Is it too much to ask that clinics meet ambulatory care standards and doctors—who often fly in for surgical abortions—have admitting privileges at a nearby hospital? Leaders like Rep. Jodie Laubenberg, relying on actual medical evidence, sought to ensure women’s health and safety through these policies.

In an election year, it is worth considering what progress state legislators have made to protect women. Because the truth is, after nearly eight years under the most pro-abortion president in our nation’s history, significant advances have been made at the state level… despite a Supreme Court determined to give a pass to questionable abortion industry practices.

Last year, state legislatures across the nation passed dozens of anti-abortion laws while considering hundreds of others. The Guttmacher Institute, formerly the research arm for Planned Parenthood though no longer formally affiliated, found that 17 states enacted 57 pro-life laws in 2015. But nearly every state in the nation—all but four—considered passing at least one anti-abortion law in 2015. A total of 396 anti-abortion laws were considered.

Over the last year, the Center for Medical Progress released multiple videos showing in graphic detail the common practice by Planned Parenthood—the nation’s largest provider of abortions—of the illegal sale for profits of fetal body parts. These graphic videos reveal the facts about long-suspected and gruesome practices of the abortion industry.

New scientific discoveries and advances are daily providing new evidence of when life begins and what a miracle life really is. From the point of implantation, development rapidly increases—forming all organs, characteristics, ability to feel pain, as well as response to stimuli. Today, babies as young as 20 weeks are able to survive outside the mother’s womb. With scientific research and new technology being discovered daily, who knows what viability will be tomorrow?

This generation, the millennials, are more pro-life than the previous generation. An Associated Press survey shows a 12% decline nationwide in abortions across the nation. A new Gallup poll indicates more Americans view abortion as morally wrong than morally acceptable, by a measurable difference.

Even after a stunning Supreme Court decision, the tide seems to be turning against abortion. Now more than ever, we must seize the moment. Every conversation, every Facebook post can be opportunity to shine light on the value of every life; culture changes through the ripple effects.

Since laws affect behavior and individual behavior affects our collective culture, each of us can educate those in our sphere of influence about the value of life. Current abortion laws allowing abortion-on-demand must be overturned at the federal and state level. Since many have reached sensory overload about abortion, personal input from a trusted source (like you and me) to your neighbor, friend or family member increases its value.

I share from personal experience. I was young and naïve in 1973. When the doctor told me I was pregnant, I didn’t know what to do. I couldn’t tell my parents; I wouldn’t tell my friends from church. So I spoke to a friend at work I had known for 4 months. She told me, “That’s no problem. Just have an abortion. It’s legal now.” So I did. I didn’t stop to question the validity, because I was in crisis.

I was pro-choice for about 20 years, largely because I wanted to justify my decision to abort. Then science caught my attention. I saw sonograms of babies in the womb. I started hearing about a pro-life movement. God began revealing the truth about life, and He continued revealing more truth until such time I was able to share that truth with others.

This week, watching the Supreme Court, I feel disappointed, disgusted, even despondent. Yet the truth remains: social justice starts in the womb. We are not powerless though it may feel that way. Citizens have a fundamental duty to work within our governmental and political systems to limit evil and promote good.

If you’re wondering what you can do to make a difference, consider these actions:

1. Pray to end abortion in this country, and across the globe. Every prayer matters.

2. Learn the truth from reliable, trusted sources about what happens during and after an abortion.

3. Share what you learn and act on it, including having compassionate conversations with friends.

4. Become a listening ear to someone you know who has experienced the pain of abortion and point them to an abortion recovery ministry locally.

5. Become active in your local, state and federal election process seeking proven pro-life candidates to support; remember you are voting for the character of the candidate, not party politics, words or promises made.

6. Live out your pro-life convictions at home, at school, in creative endeavors and how you give of your time and treasure.

7. Never forget: prayer is the most powerful and vital tool available to us. Why? Because then we come to know God’s heart, His ways and thoughts higher than ours.

Now, in the twenty-first century, many remain silent about the horrors of abortion, and, sadly, many Americans still sit idly by while the killing continues. But the fact remains: whenever any of us sit passively silent about abortion, we are affirming what the media proclaims, what our government has condoned, and what our culture believes: the unborn child is less valuable than the rest of us.

We can end the American Holocaust of abortion once and for all. Let us seize the moment.

Debby Efurd serves as president of Dallas-based Initiative 180 and its program of recovery, Peace After the Storm. She earned a bachelor’s degree in counseling from Dallas Baptist University. Debby is the author of Go Tell It! (which released in 2015) and a blogger for Bound4LIFE International, a grassroots movement to pray for the ending of abortion, carry the spirit of adoption, and believe for revival and reformation.