Books We Lie about Reading 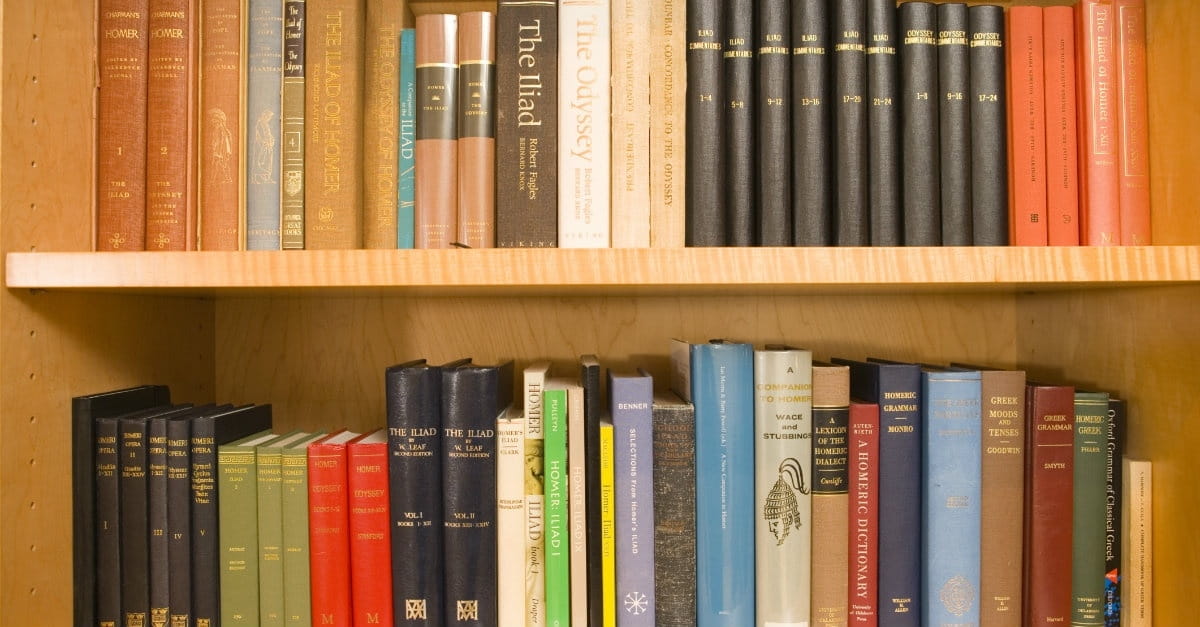 Books We Lie about Reading

A recent survey by the BBC found that the book most people lied about reading was not Tolstoy’s War and Peace, but Lewis Carroll’s Alice’s Adventures in Wonderland.

This was followed by George Orwell’s 1984, and then J.R.R. Tolkien’s Lord of the Rings (due to the movies, probably the easiest to lie about).

The ranking may surprise you, but what is actually more intriguing is why we lie about reading at all.

The obvious answer is intellectual pride. We like to appear smarter, more informed and more well-read than we actually are. Saying we have read War and Peace is akin to saying you are, or at least feeling like you are, an intellectual.

For example, let’s say they pretended to know everything about sports. I would make up a name and ask them what they thought about them as a player. They would answer as if they knew, saying things that attempted to sound knowledgeable about the person.

And it was all about a person whose name I had simply made up.

Many years later, I found the same tendency among my graduate students. For example, encountering those who claimed to be, say, “Calvinists,” and had never even read his Institutes. Just books about his Institutes.

But putting pride aside, and even more daringly, the issue of morality, there is another question about reading that is more intellectually relevant than which books you lie about reading.

It’s the question of which books you actually should read.

There is a large difference between being “widely” read, and being “well” read. A recent examination of required reading at Ivy League schools as compared to other institutions of higher learning showed a rather distinct difference. Not surprisingly, the reading list tilts heavily toward political philosophy and critical thinking. Case in point: the most required book across most schools is Strunk and White’s The Elements of Style (a very good writing guide, I might add).

As I wrote in A Mind for God, when it comes to the actual books we open it is very important to be selective. As Schopenhauer once suggested, “If a man wants to read good books, he must make a point of avoiding bad ones; for life is short, and time and energy limited.” Richard Weaver observes that it may be doubted whether one person in three draws what may be correctly termed “knowledge” from his freely chosen reading matter.

So what are the “good” books? Where is “knowledge” gained? Robert Maynard Hutchins observes, “Until lately the West has regarded it as self-evident that the road to education lay through the great books.” And what are the great books? “There never was very much doubt in anybody’s mind about which the masterpieces were,” writes Hutchins. “They were the books that had endured and that the common voice of mankind called the finest creations, in writing, of the Western mind.” The great books are those writings that have most shaped history and culture, civilization and science, politics and economics. They prompt us to think about the great issues of life.

Actual collections of such writings have been attempted. Hutchins, along with Mortimer Adler, compiled a set that went from Homer to Freud, over 25 centuries, including the works of Plato and Aristotle, Virgil and Augustine, Shakespeare and Pascal, Locke and Rousseau, Kant and Hegel, Darwin and Dostoevsky. Charles W. Eliot, who served as president of Harvard for 40 years, dreamed of a five-foot shelf of books that would provide an education to anyone who would spend even 15 minutes a day reading them. His vision took form when he became the editor of the 50-volume Harvard Classics (1909). In the appendix to A Mind for God, I suggested my own list of books.

(And, of course, the foundational book for any list is the Bible.)

Critiques can be made of such reading programs, both in scope and intent, but at least they propel the reader into what Hutchins calls the “Great Conversation.” Or as Descartes would suggest, the reading of such books is like a conversation with the noblest men of past centuries, “nay a carefully studied conversation, in which they reveal to us none but the best of their thoughts.”

C.S. Lewis went further, arguing that the old books were needed to confront our current age’s perspective. “Every age has its own outlook,” Lewis contended. “It is specially good at seeing certain truths and specially liable to make certain mistakes. We all, therefore, need the books that will correct the characteristic mistakes of our own period. And that means the old books.”

Our tendency, of course, is not to read the old books at all, or at least to do no more than read books about the old books. More often than not, it is because we determine in advance that they are beyond us, are irrelevant, or would be dry, dull reading. The wonderful surprise is how seldom this is true. Some might take more effort than others, but that is the point – to exercise the mind. We accept that getting into physical shape will take determination, will power and raw sweat. The mind demands no less, yet offers so much more.

All to say, don’t lie about reading War and Peace.

“The book most people have lied about reading - and it’s not War and Peace,” The Telegraph, February 3, 2016, read online.

Schopenhauer, Some Forms of Literature.

Robert Maynard Hutchins, The Great Conversation: The Substance of a Liberal Education, Vol. 1 of the Great Books of the Western World.

C.S. Lewis, “On the Reading of Old Books,” God in the Dock: Essays on Theology and Ethics, ed. Walter Hooper.

James Emery White is the founding and senior pastor of Mecklenburg Community Church in Charlotte, NC, and the ranked adjunctive professor of theology and culture at Gordon-Conwell Theological Seminary, where he also served as their fourth president. His latest book, The Rise of the Nones: Understanding and Reaching the Religiously Unaffiliated, is available on Amazon. To enjoy a free subscription to the Church and Culture blog, visit ChurchAndCulture.org, where you can view past blogs in our archive and read the latest church and culture news from around the world. You can also find out more about the 2016 Church and Culture Conference. Follow Dr. White on twitter @JamesEmeryWhite.