6 Demographic Trends Shaping the U.S. and World in 2019

6 Demographic Trends Shaping the U.S. and World in 2019

In light of the annual meeting of the Population Association of America, Pew Research Center offered six “notable demographic trends.”

Notable indeed. They are the six trends shaping the U.S. and the World in 2019. Here’s a précis of their report:

1. Millennials are the largest adult generation in the United States, but they are starting to share the spotlight with Generation Z.
This year, Millennials (ages 23 to 38) will outnumber Baby Boomers (ages 55 to 73), according to Census Bureau projections.

Although the nation’s 73 million Millennials are the largest living adult generation, the next one – Generation Z – is entering adulthood. Gen Zers (those ages 7 to 22 this year) are on track to be the best-educated and most diverse generation yet. Nearly half of Gen Zers (48%) are racial or ethnic minorities.

2. Hispanics are projected to be the largest racial or ethnic minority group in the U.S. electorate when voters cast their ballots next year.
The number of eligible voters who are Hispanic (32 million) is projected to surpass that of black eligible voters (30 million) for the first time. The projections indicate that whites will account for two-thirds of the electorate—a declining share. 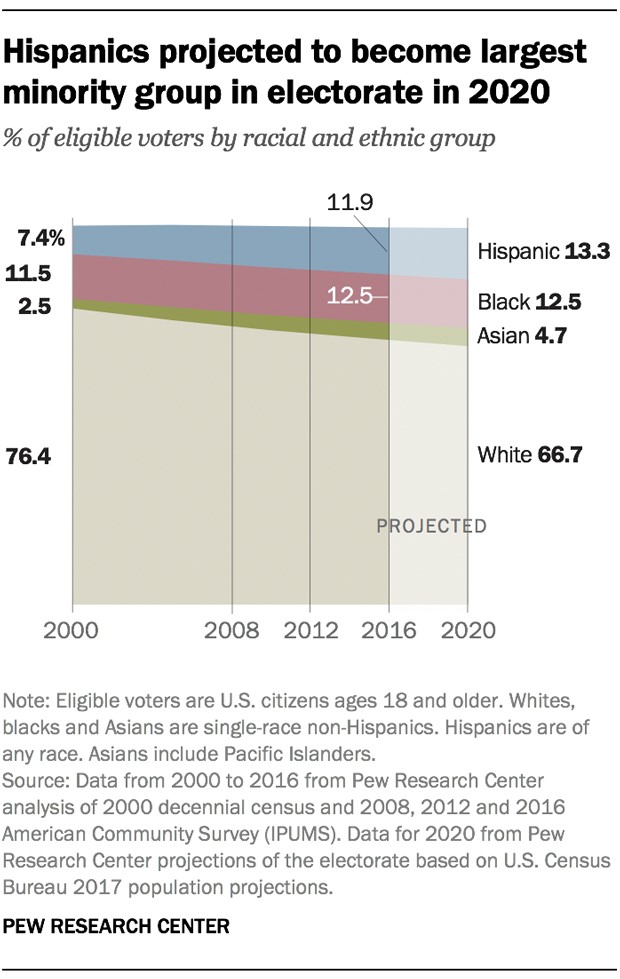 Stay-at-home parents account for about one-in-five parents (18%), which is roughly similar to 25 years ago, despite some fluctuation in the intervening years. For some parents, caring for a child isn’t their only responsibility: 12% of all parents with a child younger than 18 at home are also caring for an adult.

4. The immigrant share of the U.S. population is approaching a record high but remains below that of many other countries.

The 44 million foreign-born people living in the U.S. in 2017 accounted for 13.6% of the population. That is the highest share since 1910, when immigrants were 14.7% of the total population. The record share was in 1890, when immigrants were 14.8% of the total. According to United Nations data, 25 nations and territories have higher shares of immigrants than the U.S. They include some Persian Gulf nations with high shares of temporary labor migrants, as well as Australia (29%), New Zealand (23%) and Canada (21%). 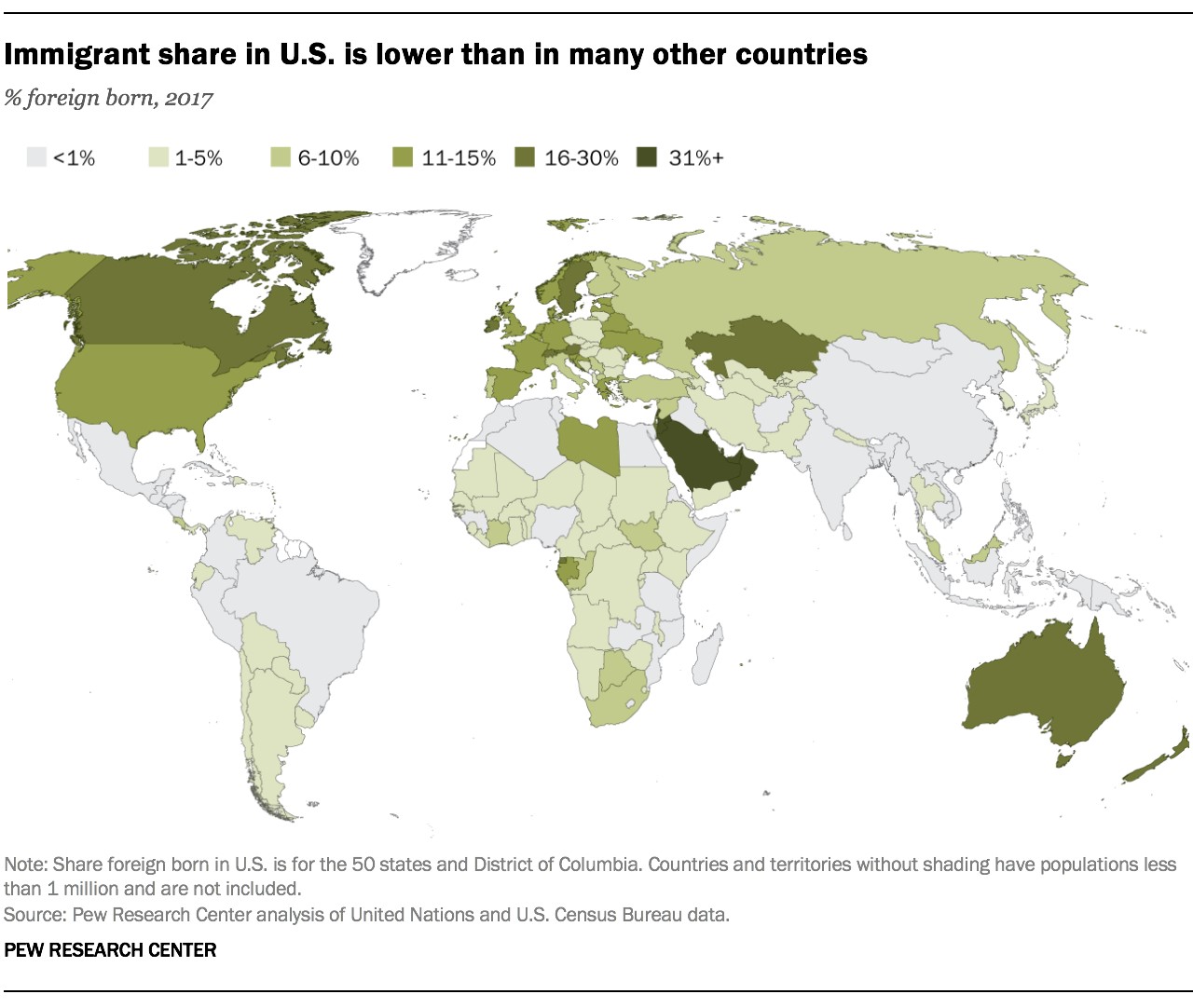 6. Incomes are rising in the U.S., but the increase is not being felt equally by all Americans.
Household income in the U.S. is at or near the highest level it has been in the last 50 years. At the same time, income inequality continues to grow, and the growth has been more pronounced among some racial and ethnic groups than among others. For example, the gap between Asians at the top and bottom of the income ladder nearly doubled between 1970 and 2016. Over that period, Asians went from being one of the groups with the lowest income inequality to the highest.

More broadly, the public also sees differences by race and ethnicity when it comes to getting ahead in the U.S. today. A majority of Americans (56%) say that being black hurts a person’s ability to get ahead a lot or a little, while 51% say being Hispanic is a disadvantage. In contrast, about six-in-10 (59%) say being white helps a person’s ability to get ahead in the U.S. today. Views on the impact of being Asian are more mixed.

So there you have it. Six trends shaping the world.

And each worth reflecting on deeply.

James Emery White is the founding and senior pastor of Mecklenburg Community Church in Charlotte, NC, and the ranked adjunctive professor of theology and culture at Gordon-Conwell Theological Seminary, where he also served as their fourth president. His latest book, Meet Generation Z: Understanding and Reaching the New Post-Christian World, is available on Amazon. To enjoy a free subscription to the Church & Culture blog, visit ChurchAndCulture.org, where you can view past blogs in our archive and read the latest church and culture news from around the world. Follow Dr. White on Twitter, Facebook and Instagram.