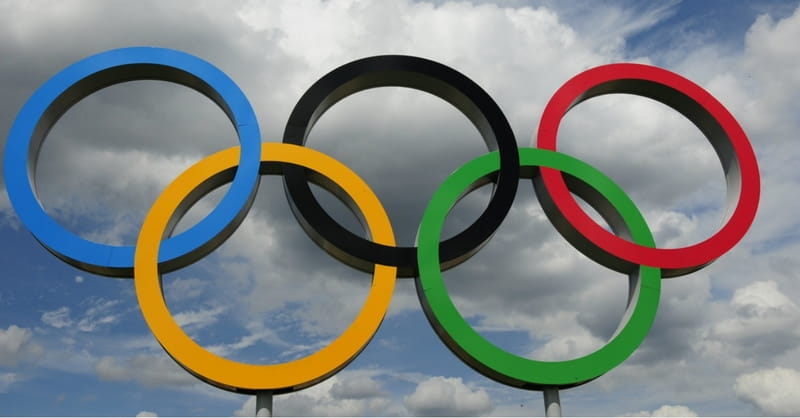 North Korea is making headlines this morning with the announcement that Kim Jong-un’s sister will attend the Opening Ceremonies of the Winter Olympics on Friday night. She will be the first immediate Kim family member to cross the border.

In other news, organizers are providing 110,000 condoms to athletes, a record number for a Winter Olympics.

Many articles have appeared in recent years chronicling the extreme sexual promiscuity of athletes during the Olympics. Every writer I’ve seen on the subject has found a way to make light of such sin or even to celebrate it.

Immorality and athletics do not have to go together, as several Philadelphia Eagles players proved Sunday evening when they used their Super Bowl victory to glorify God. It is tragic when Olympic athletes fail to use their platform for moral good. It is even more tragic that our culture doesn’t expect them to.

In other news, a fake doctor in India has made headlines for using contaminated needles and syringes, causing more than twenty people to test positive for HIV. Closer to home, dental students at Yale University made news for taking a selfie with two severed heads being used for medical research.

Unsurprisingly, given all the bad news in the news, more than half of Americans say the news causes them stress. Many report anxiety, fatigue, or sleep loss as a result. Psychologists warn that such stress can fuel physical ailments such as cardiovascular disease and rheumatoid arthritis.

Is there a positive way to respond to the negativity of our day?

Genesis 36 contains a genealogy of Esau, whose descendants became known as the Edomites. I count twenty-eight names on the list. The narrative then shifts to the “sons of Seir the Horite” (v. 20), the original inhabitants of the region where Esau’s descendants settled.

God’s eternal word lists the descendants of Esau despite the fact that they would oppose the Israelites on their way to the Holy Land (Numbers 20:14-21) and would wage war continually against them (cf. Ezekiel 35). Ultimately, their nation would become “desolate” (v. 15), a prediction fulfilled as they faded from history.

Here’s a fact: if God loves a people who would fight his chosen people and would eventually be no people, he must love us all. But here’s a converse fact: while our Father loves all sinners, he hates all sin.

When a person “does not reject evil” (Psalm 36:4), he faces the judgment of a holy God (v. 12). When clergy gather to ask God’s blessing on one of the few clinics in America that performs late-term abortions, our Lord is deeply grieved. When a Bible app is produced to offer “devotionals highlighting pro LGBT” positions, our Father mourns.

We must view sin with the same conviction as does our Lord. Billy Sunday was right: “One reason sin flourishes is that it is treated like a cream puff instead of a rattlesnake.”

When he was asked how to deal with our “sex-crazed culture,” John Piper warned that “you’ve got about five seconds to decide whether you’re going to let it take over” your thoughts. We are commanded to “take every thought captive to obey Christ” (2 Corinthians 10:5).

As Henri Nouwen notes, “To love without condition does not mean to love without concern.” A father loves his child unconditionally, but it is precisely such love that moves him to care so deeply about his child’s behavior.

He “came not to be served but to serve”

To summarize: Our Father calls us to manifest both gracious compassion and moral clarity. Each is an expression of love. We can measure the degree to which a doctor loves her patient not only by the sympathy she offers but also by the diagnostic truth she speaks.

And we can measure the motives behind our compassion and clarity by our willingness to offer them to people who reject them. Oswald Chambers observes, “It is one thing to go on the lonely way with dignified heroism, but quite another thing if the line mapped out for you by God means being a door-mat under other people’s feet.

“Suppose God wants to teach you to say, ‘I know how to be abased’-are you ready to be offered up like that? Are you ready to be not so much as a drop in a bucket-to be so hopelessly insignificant that you are never thought of again in connection with the life you served? Are you willing to spend and be spent; not seeking to be ministered unto, but to minister? Some saints cannot do menial work and remain saints because it is beneath their dignity.”

You and I will find abundant opportunities today to emulate the One who “came not to be served but to serve” (Mark 10:45). Each will be an invitation to do for others what our Lord has done for us.

Elie Wiesel was a Holocaust survivor, brilliant writer, and Nobel Peace Prize recipient. In Night, his deeply moving memoir of his Holocaust experience, he tells of a young boy who was hanged by the Nazis while the prisoners were made to watch.

Strangling on the rope, the boy “remained for more than half an hour, lingering between life and death, writhing before our eyes.” A prisoner asked, “For God’s sake, where is God?” Wiesel: “And from within me, I heard a voice answer: ‘Where is He? This is where-hanging here from this gallows.'”

What wondrous love is this, O my soul, O my soul!