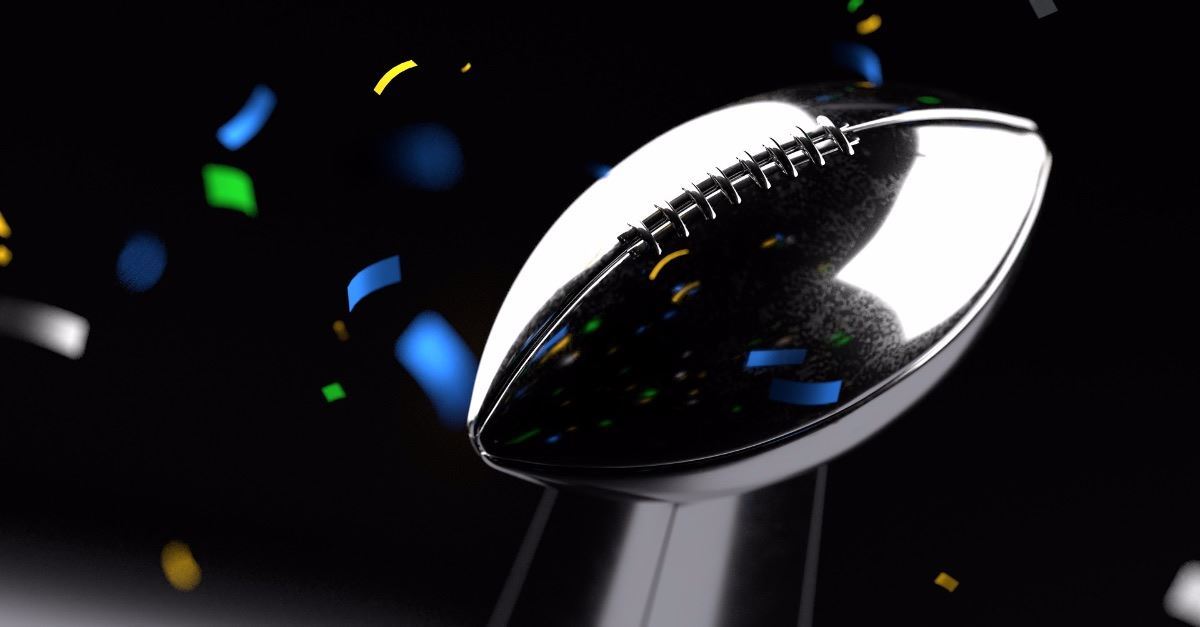 As everyone who doesn’t live on Mars must know, the New England Patriots defeated the Los Angeles Rams to win Super Bowl LIII yesterday.

The game set eighteen records: It was the lowest-scoring Super Bowl in history. Tom Brady and Bill Belichick are now the oldest starting quarterback and head coach to win a Super Bowl. It featured the longest punt ever (though the ball rolled much of the way), the fewest touchdowns, and the fewest kickoff returns.

Critics are condemning the Rams and their quarterback today, but they did make it to the game’s biggest stage (albeit after a blown call against the Saints). However, the NFL gives out no trophies for second place.

Do you remember who lost the Super Bowl last year? The Patriots. Two years ago? The Falcons. The year before? The Panthers. (I had to look it up.)

“A first-grader could have painted that”

In our culture, you’re a winner if you win and a loser if you lose. That’s because a secular culture, by definition, cannot consider spiritual truth. It can see only what it can see. A materialistic society measures success by materialistic means.

Philosopher Martin Heidegger claimed that you are an actor on a stage. You have no audience, script, or director. There is no past or future, only now. Courage is to face life as it is.

Works by Jackson Pollock look like paint dripped on a canvas because that’s what they are. Before you say, “A first-grader could have painted that,” know that one of his pieces sold a few years ago for more than $32 million.

In our secular society, meaning is what you find in the moment. Today is all there is. So, if you win, you’re a winner. If you lose, you’re a loser.

A tightrope or your phone’s GPS?

After Paul pled with God to remove his “thorn in the flesh,” the Lord responded: “My grace is sufficient for you, for my power is made perfect in weakness” (2 Corinthians 12:9). The apostle later wrote: “We rejoice in our sufferings, knowing that suffering produces endurance, and endurance produces character, and character produces hope” (Romans 5:3-4).

Looking at suffering through the eyes of faith, the psalmist could proclaim, “My flesh and my heart may fail, but God is the strength of my heart and my portion forever” (Psalm 73:26).

It’s not that God encourages sin and failure. He knows that sin leaves consequences that can affect our reputation far into the future (just ask David and Bathsheba). That’s why he has a “perfect” will for our lives (Romans 12:2), “plans for welfare and not for evil, to give you a future and a hope” (Jeremiah 29:11).

But his will is not a tightrope we fall from and can never climb back up on. As my wife said to me when we were discussing this subject recently, God’s will is more like the GPS on our phone. It knows the best way to our destination, but if we veer off the route, it will still find us where we are and lead us home. Our “plan B” may cost us time and money, but the GPS will not abandon us.

“The man who saved Western civilization”

Let’s consider some examples of God’s redeeming grace at work.

Job was considered “the greatest of all the people of the east” because of his material prosperity (Job 1:3) before his tragedies caused his friends to blame him for his “sin” (cf. Job 8:3-4). But God redeemed Job’s suffering and uses him still today as a model of genuine faith.

Jacob’s theft of his father’s blessing forced him to flee from his family. That’s how he met God at Bethel and his life was changed. Moses’ killing of an Egyptian forced him into the desert, where he met God at the burning bush. Paul’s imprisonment in Rome enabled him to preach there “with all boldness and without hindrance” (Acts 28:31).

The man usually considered America’s greatest president failed in business, had a nervous breakdown, was defeated for the Senate twice, then was elected on the eve of the Civil War. The man voted “greatest Briton” was rejected for marriage twice and lost five political elections. His leadership as British Prime Minister made him “the man who saved Western civilization.”

“My thoughts are not your thoughts, neither are your ways my ways, declares the Lord” (Isaiah 55:8).

“The deepest desires of your heart will be fulfilled”

I don’t know how long the Los Angeles Rams will be remembered for their accomplishments this year, but I do know that God uses every life surrendered to his Spirit in ways that transcend all earthly acclaim.

William Law (1686-1761) noted, “If you have not chosen the kingdom of God first, it will in the end make no difference what you have chosen instead.” C. S. Lewis explained why Law was right: If we serve anyone or anything but Christ as our king, “We shall have missed the end for which we are formed and rejected the only thing that satisfies. Does it matter to a man dying in a desert by which choice of route he missed the only well?”

I so much want to be in control.
I want to be the master of my own destiny.
Still I know that you are saying:
“Let me take you by the hand and lead you.
Accept my love
and trust that where I will bring you,
the deepest desires of your heart will be fulfilled.”
Lord, open my hands to receive your gift of love.

Will you make his prayer yours today?