Why Matthew McConaughey Made Headlines: ‘Golden Rule 2020’ and the Power of Kindness 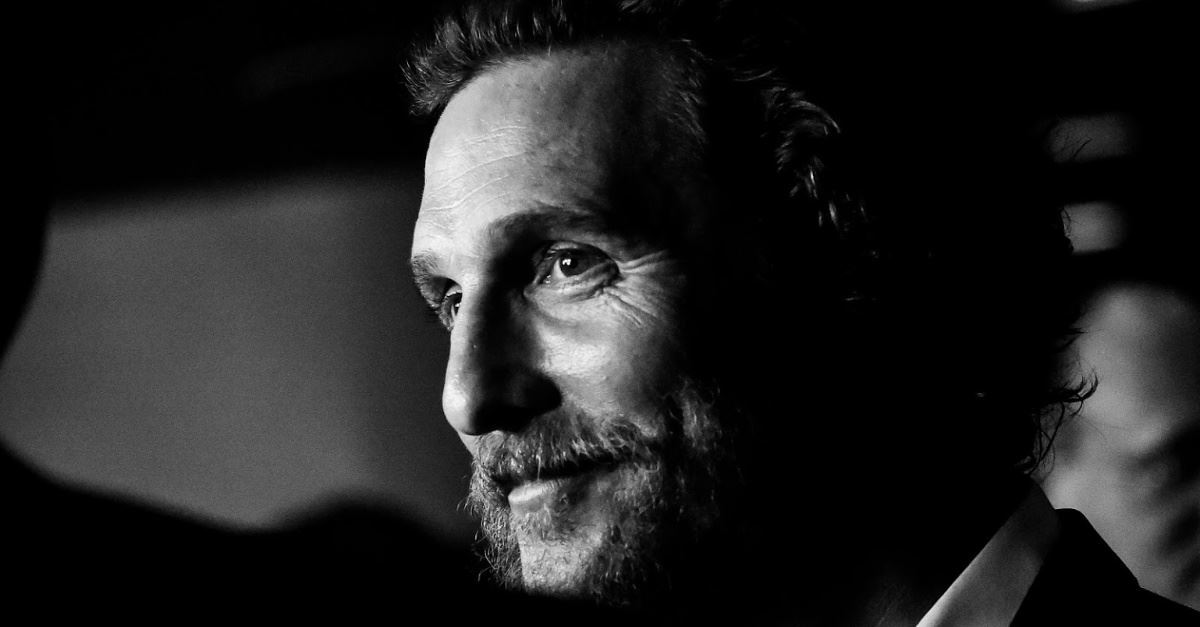 Why Matthew McConaughey Made Headlines: ‘Golden Rule 2020’ and the Power of Kindness

Matthew McConaughey made headlines recently, but not for a new movie or television commercial. He joined other volunteers last Friday in preparing eight hundred turkey dinners for firefighters in Los Angeles battling wildfires. His team prepared an additional eight hundred dinners for local homeless shelters.

Our culture will remember McConaughey for his Academy Award-winning acting career. These firefighters will remember him for his kindness.

“Three things that are important in life”

Frederick Buechner: “When Henry James, of all people, was saying goodbye once to his young nephew Billy, his brother William’s son, he said something that the boy never forgot. And of all the labyrinthine and impenetrably subtle things that that most labyrinthine and impenetrable old romancer could have said, what he did say was this: ‘There are three things that are important in human life. The first is to be kind. The second is to be kind. The third is to be kind.'”

Nancy Pelosi would agree. While I disagree strongly with the self-described “left-wing San Francisco liberal” on a wide range of issues, I agree with the advice she gave political candidates recently: “Show [voters] what’s in your heart, your hopes and dreams. It’s not about you. It’s about them.”

Now let’s hear from the opposite side of the spectrum.

Victor Davis Hanson is the author of The Case for Trump and a well-known conservative commentator. Responding to the “culture wars” of our day, he notes that “almost every cultural institution—universities, the public schools, the NFL, the Oscars, the Tonys, the Grammys, late-night television, public restaurants, coffee shops, movies, TV, stand-up comedy—has been not just politicized but also weaponized.”

In the most polarized and politicized culture of my lifetime, Henry James’ advice is more urgent than ever.

How to be “sons of your Father who is in heaven”

On one hand, it is obviously urgent that Christians speak up and stand up for truth today. It’s difficult to identify an issue on which our culture is not moving further from biblical morality by the day.

On the other hand, it is urgent that Christians speak up and stand up for truth in a way that leads people to the Truth.

Our Lord then explained why such kindness is so important: “So that you may be sons of your Father who is in heaven” (v. 45). Just as a father loves his children whether they love him or not, so we must love each other whether they love us or not.

But when we love those who do not love us, we stand out in a way people cannot forget.

Yesterday marked exactly one year before the next presidential election. In that light, a campaign that began Sunday is especially significant.

The movement is known as “Golden Rule 2020: A Call for Dignity and Respect in Politics.” Its organizer explained that the goal is “to remind Christians that our faith has something to say about how we talk to each other and that these insights are relevant to our political discussions—particularly in difficult times like these.”

The campaign is supported by a remarkable coalition, including the National Association of Evangelicals, the Episcopal Church, a department of the United States Conference of Catholic Bishops, and the Presbyterian Church USA. It encourages Christians to “pray for God’s help in healing our country” and to “promote the use of the Golden Rule in political discussions and election activities throughout the 2020 campaign season.”

As a result, “there will be a focus on the practical application of the Golden Rule and how politics in 2020 could be different if Christians practice Biblical teachings about how to treat people who disagree with them.”

Let’s join Golden Rule 2020 today, to the good of our country and the glory of God.

The truest test of character

It has been said that the truest test of character is how we treat people we don’t have to treat well.

When people hurt us, our society tells us we have the right to hurt them in return. Jesus says we have the privilege of loving them by praying for them. When Christians decide that Christ is right and culture is wrong, the culture is drawn to Christ.

How will you make people feel today?

NOTE: Did you know that “Do You Hear What I Hear?” was written during the Cuban Missile Crisis? Or that “The First Noel” might be one of the oldest Christmas hymns?

In our new 2019 Advent devotional, The Songs Tell the Story, my wife, Janet, provides background information on twenty-five favorite Christmas songs. Even better, she connects the songwriters’ stories and lyrics with the truth of Scripture, encouraging us all to remember the single reason we celebrate Christmas: the birth of our Savior.