Why is Today’s Senate Hearing so Crucial? 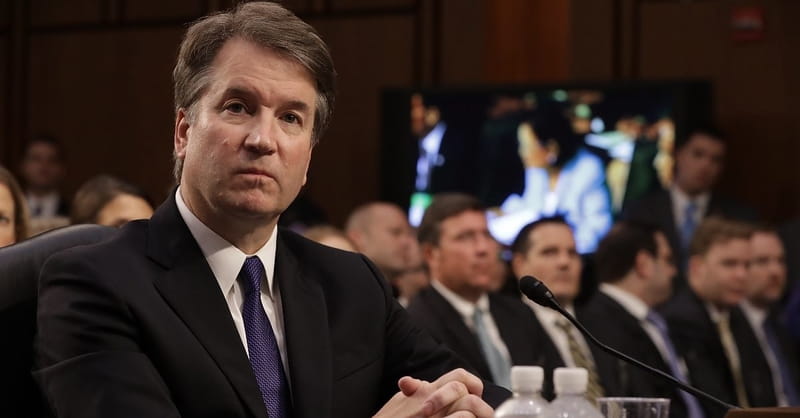 Why is Today’s Senate Hearing so Crucial?

Judge Brett Kavanaugh and Dr. Christine Blasey Ford are set to testify before the Senate Judiciary Committee today. Last night, Judiciary Committee Republicans revealed that they have interviewed a man “who believes he, not Dr. Kavanaugh, had the encounter with Dr. Ford in 1982.” However, Dr. Ford plans to testify today that she knew Kavanaugh in high school and will clearly identify him as her attacker.

One reason Judge Kavanaugh’s nomination is so critical is that it could change the ideological balance of the Court. For many years, there have essentially been four liberal justices, four conservatives, and a swing vote (Anthony Kennedy). If Judge Kavanaugh replaces Justice Kennedy, the resulting five-to-four conservative majority could control the Court for fifteen years or more.

The status of abortion rights, religious liberty, and a host of other issues could be affected.

The America I remember

I’m old enough to remember an America that looked much more like I wish we looked today.

I grew up with no church commitment at all. That made me a distinct minority in my community, where nearly everyone went to church on Sunday. Many of us remember a day like that.

However, 1958 was a bad year for civil rights. On June 29, Bethel Baptist Church in Birmingham, Alabama, was bombed by Ku Klux Klan members, killing four girls. Virginia’s governor threatened to shut down any school if forced to integrate. And thirteen African-Americans were arrested for sitting in front of a bus in Birmingham.

It’s easy to idealize the past, but there’s never been an era that did not include good and bad. And we cannot go back in time, even if we wish to do so. As Heraclitus noted, you cannot step in the same river twice.

How, then, are we to help our country become all God wants us to be?

Today’s Senate hearing and the results of Judge Kavanaugh’s confirmation process are crucial. The political governance of our country is vital to our country. I believe that God is calling more Americans into public service than are answering his call. I believe strongly that Christians should be engaged in our political process on every level.

But I also believe that the solutions to the spiritual crisis of our day are spiritual. We need a new word from God for every new challenge we face.

In 2 Samuel 5, David has just become king of the united tribes of Israel. In response, their archenemies, the Philistines, mounted an assault with so many soldiers that they “spread out in the Valley of Rephaim” (v. 18).

How did the great warrior-king respond to his first crisis? Did he mount an offensive? Did he stage a strategic retreat? “David inquired of the Lord” (v. 19). And God led him to attack and defeat his enemies.

The Philistines returned (v. 22), so David “inquired of the Lord” again (v. 23). This time he was told, “You shall not go up; go around to their rear, and come against them opposite the balsam trees. And when you hear the sound of marching in the tops of the balsam trees, then rouse yourself, for then the Lord has gone out before you to strike down the army of the Philistines” (vv. 24-25).

David “did as the Lord commanded him, and struck down the Philistines from Geba to Gezer” (v. 25).

Your “tent of meeting”

I am absolutely convinced that America’s moral and spiritual future rests with America’s Christians. My reason is emphatically not because we are better than anyone else or more deserving of God’s favor.

It is because a lost person “does not accept the things of the Spirit of God, for they are folly to him, and he is not able to understand them because they are spiritually discerned” (1 Corinthians 2:14). God speaks his life-changing word to those who can receive and share it. We are our nation’s only salt and light (Matthew 5:13-16).

That’s why it is imperative that we meet with our Lord every day; that we seek his word for us from Scripture, prayer, and worship; that we follow David’s example by giving every challenge we face to our Father in prayer. He has a new word for each new day.

Moses met God in a transforming way at the burning bush (Exodus 3:1-6). Then he continued to encounter God in a “tent of meeting” where “the Lord would speak with Moses” (Exodus 33:9). In fact, “the Lord used to speak to Moses face to face, as a man speaks to his friend” (v. 11).

It may seem that such a relationship is impossible for us. “I’m not Moses,” you may be saying to yourself.

But as Craig Denison notes: “You and I have access to relationship far greater than a face-to-face encounter like Moses had. We have God’s Spirit within us fellowshipping with our spirit. We never have to leave the burning bush or the Tent of Meeting. True restored relationship finds its source in continual, unending encounters with God’s presence dwelling with us and upon us.”

Where is your Tent of Meeting? When will you meet your Father there?