Why is Christmas on December 25? 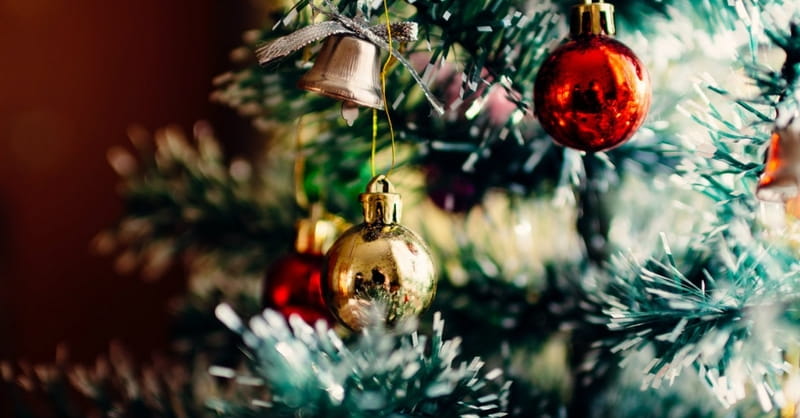 Why is Christmas on December 25?

Congratulations–you survived the longest night of the year. (Unless you live in the Southern Hemisphere; more on that in a moment.)

The planet you inhabit tilts on its axis at a 23.44-degree angle. When the Northern Hemisphere tilts toward the sun, we get summer. When it tilts away, we get winter. When earth tilts as far from the sun as possible, which happened yesterday, the sun sets earlier than it does all year and we have the annual Winter Solstice. The Southern Hemisphere experiences precisely the opposite phenomena.

Our meteorological experience relates directly to Christmas, but in an indirect way.

When was Jesus born?

It is unlikely that Jesus was born on December 25. Shepherds were “out in the field, keeping watch over the flocks by night” when the angels announced the Messiah’s birth to them (Luke 2:8). In the cold month of December, their sheep would have been corralled around a fire. Luke’s reference points to the spring lambing season as the more likely time of Jesus’ birth.

Why, then, do we celebrate Christmas on December 25?

One explanation relates to pagan celebrations. The Romans held their mid-winter Saturnalia festival in late December, a Mardi Gras-like party marked by immorality. In AD 274, the Roman emperor Aurelian established the feast of the birth of Sol Invictus (the Unconquered Sun) on December 25, coinciding with the winter solstice. In response, Christians located the birth of God’s Son on that day as a way of inviting pagans to his worship.

However, many scholars dispute this explanation. A second theory is related to Jesus’ death at Passover, which some early Christians dated as March 25. They theorized that Jesus was conceived and crucified on the same day. Therefore, he would have been born nine months after March 25, on December 25.

While no one is certain of the date Jesus was born, it seems entirely appropriate that we celebrate the birth of God’s Son near the time when we most need the sun. Our Lord was born into grave spiritual darkness, a culture dominated by emperor worship, mystery cults, pagan religions, and horrific immorality. Few saw a helpless baby in a feed trough as the Light of the world (John 8:12) and the hope of humanity.

Name the towering giants of the Old Testament. Your list would certainly include Abraham, Joseph, Moses, and David. But who would have guessed early in their careers that they would be used in such eternally significant ways?

Abraham was a wandering shepherd, Joseph an imprisoned exile, Moses a hunted fugitive, and David a young boy. However, God equips those he calls and anoints those he appoints.

It’s the same story in the New Testament: a disgraced fisherman becomes the preacher of Pentecost; a persecutor of Christians becomes their greatest apostle; a pastor imprisoned on the Alcatraz of the ancient world gives us the Revelation.

Continue your survey across Christian history: Augustine was a decadent pagan; Thomas Aquinas was nicknamed the “dumb ox” by his fellow students; Luther was an unknown monk; Dietrich Bonhoeffer was an executed prisoner.

Scripture truly describes such saints as those “of whom the world was not worthy” (Hebrews 11:38).

Nowhere is God’s surprising providence on greater display than at Christmas. If you had been in charge of the Incarnation, how would you have arranged for Jesus to enter humanity?

And that is precisely how Jesus will come back one day.

The double meaning of Advent

“Advent” means “coming” or “arrival.” The season focuses not only on Jesus’ first coming, but also on his second.

Dennis Bratcher notes: “In this double focus on past and future, Advent also symbolizes the spiritual journey of individuals and a congregation, as they affirm that Christ has come, that He is present in the world today, and that He will come again in power. That acknowledgement provides a basis for Kingdom ethics, for holy living arising from a profound sense that we live ‘between the times’ and are called to be faithful stewards of what God has entrusted to us as God’s people.”

As you prepare to celebrate Christmas in three days, remember that Christ could return tomorrow. The best way to honor our Lord’s birth is by being ready for his return.

What if it were today?