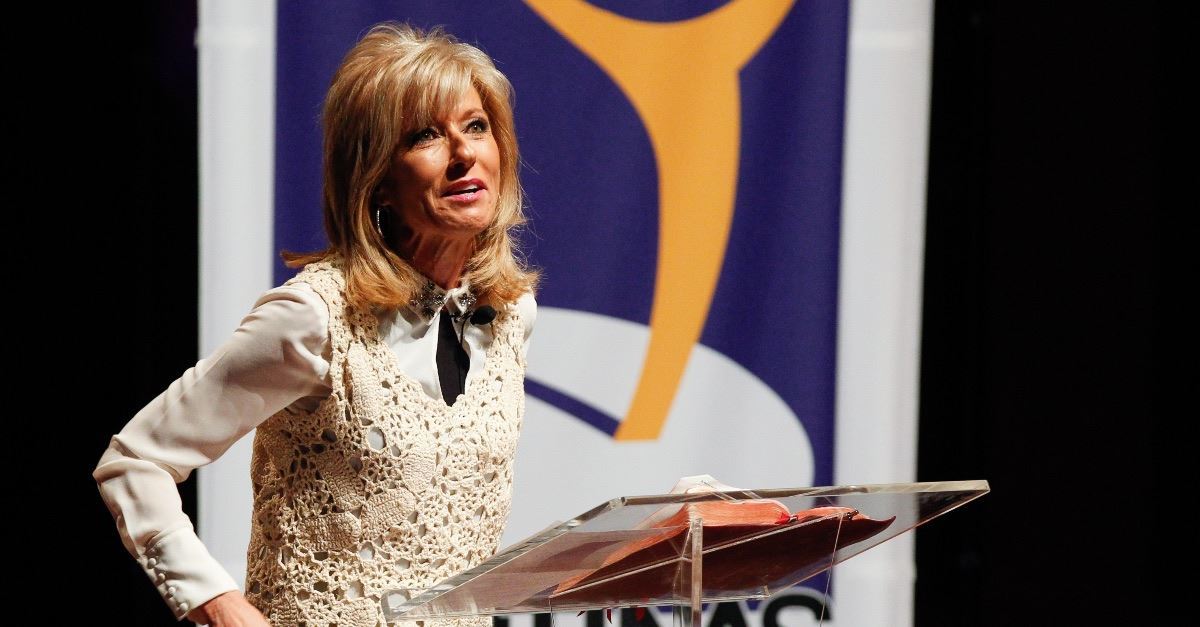 The Southern Baptist Convention began its annual meeting yesterday in Birmingham, Alabama. According to its president, the denomination faces “a defining moment” that will shape the church for generations to come. In focusing on the crisis of sexual abuse, Dr. J. D. Greear stated, “This is not a distraction from the mission. Protecting God’s children is the mission of the church.”

In response, messengers approved last night an amendment making it explicit that an individual church can be expelled from the denomination if it mishandles or covers up sexual abuse cases. They also established a special committee to evaluate such claims against churches.

Speaking the previous evening at a panel discussion on this issue, well-known author and speaker Beth Moore stated: “One of my great concerns is, abuse happens anywhere humanity happens. What I want so much for us to reckon with honestly is our culture makes us vulnerable because there is a disparity between the way we value men and women.”

Why does this disparity exist in our culture today?

One root cause is the endemic scourge of prejudice that plagues humanity.

I define prejudice as the temptation for people who feel inferior to devalue others based on unchanging factors such as skin color and gender. The sentiment, stated or unstated, runs like this: “I may be less successful than you, but I’ll always be white and you’ll always be black (or brown, or female, etc.).”

A second root cause is sexual lust. When men see women as bodies rather than human beings, they objectify and degrade their humanity.

Sexual lust and prejudice against women lead to their commercialization as a means to other ends. For example, the pressure on women to have abortions objectifies their bodies, ignores their emotions, and kills their unborn children. The exploitation of women’s bodies to sell products, the plague of pornography, and the tragedy of sex trafficking are further symptoms.

Such abuse is a true crisis today.

“There is no male and female”

Such abuse grieves the heart of our Father.

Scripture clearly teaches that God made men and women with equal value: “There is neither Jew nor Greek, there is neither slave nor free, there is no male and female, for you are all one in Christ Jesus” (Galatians 3:28).

How can Christians set the example for our confused culture?

We should begin by admitting that we are not immune from the prejudice and sexual lust that are endemic to our broken world and fallen human condition. As a result, we should evaluate ourselves in the light of biblical truth.

If you’re a man, examine your relationships with women. Do you objectify them or affirm them? Do you view them through a sexual lens or through biblical love and grace?

Don’t assume that you know the status of these relationships. Ask your wife, daughters, and female employees and/or church members for their response.

Repent of any sin you discover. Take objective, practical steps to value and encourage women within your circle of influence. Love them as you love yourself (Matthew 22:39).

The godliest person I have ever known

I was led to Christ by a woman, the wife of our church’s pastor. I was first discipled by a woman, my twelfth-grade Sunday school teacher. I was first affirmed in my call to vocational ministry by the woman who sponsored the Christian Student Union on our high school campus.

My first mentor in my first pastorate was a woman. Across my years as a pastor, the women who served as my administrative assistants were among my most significant and effective colleagues in ministry. The godliest person I have ever known is a woman, my wife.

Who are the women God has used most powerfully in your life? How will you express your gratitude to them and for them today?