Why Are Hate Crimes on the Rise? 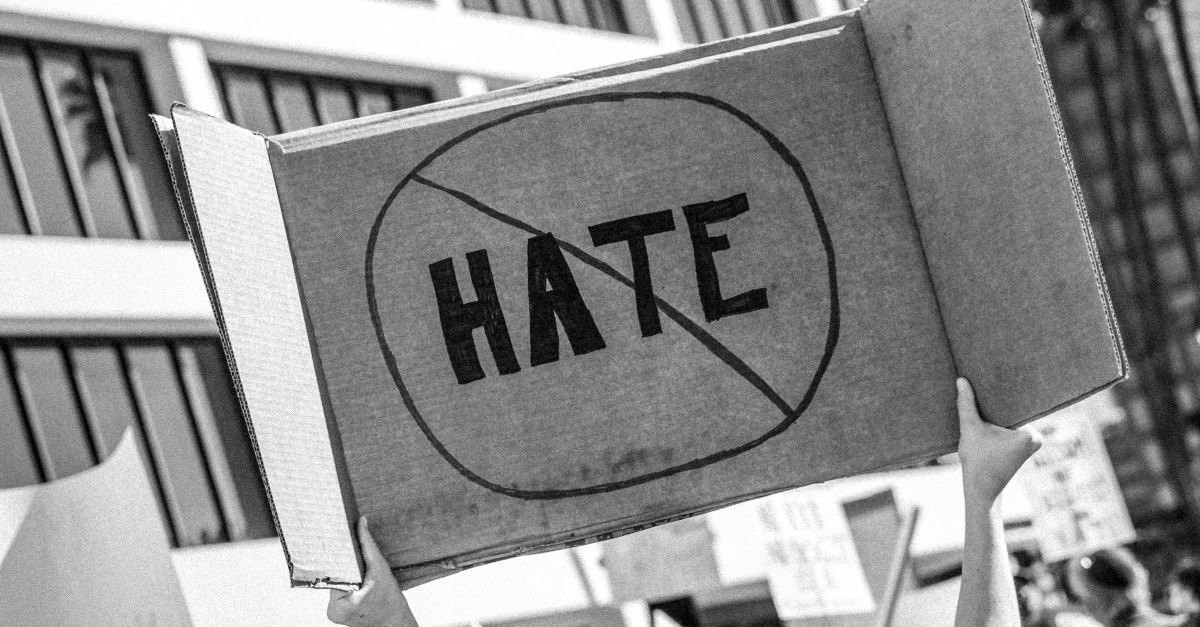 Why Are Hate Crimes on the Rise?

The FBI recently announced that reported hate crimes in the United States increased by 17 percent in 2017. That marks the third consecutive year the number has gone up and the single largest spike since the months following 9/11, when Muslims became the targets of such attacks across the country.

To compound the problem, officials speculate that only about 1 percent of hate crimes around the nation are actually reported due to issues such as police precincts not responding to the FBI’s requests and strange laws defining what constitutes a hate crime. In Kentucky, for example, homicides are not considered hate crimes, even when racially motivated.

These trends are troubling, to be sure, but perhaps the greatest concern is that it’s hard to look around us and conclude that the situation will improve any time soon.

But why is that?

While some will be quick to point at the rising animosity in our culture as the reason for the escalation in hate crimes, that explanation only scratches the surface of the true problem. To be sure, the rancor of our day, whether it comes from the president’s Twitter page or the headlines of CNN, contributes to the rising hostility. And there is some merit to the argument that when our cultural leaders seem to embrace hate and derision it gives license for others to do the same. Yet, placing the blame on public figures only further removes the responsibility that every individual holds for his or her own actions.

Hate is nothing new to humanity. Whether it manifests in jealousy, rage, derision, or any number of other displays, hate has been around since the earliest days of our existence and will remain as something we have to deal with until we find ourselves in a new heaven and a new earth (Revelation 21).

Perhaps it should be. After all, if the potential for hate is woven into the fabric of fallen humanity, yet people across time have learned to overcome it, then we can do the same. The key is recognizing that all of us have the potential to go down that path. Living in a naïve ignorance of the reality that hate lurks within the heart of every person simply makes it more likely that it will manifest in ways we’re unprepared to address.

The recognition of our potential for hate is not enough to keep us from acting on it, though.

Throughout his ministry, Jesus had the greatest problems with the religious leaders of his day. While many were honestly trying to help the Jewish people better know God, most were taught that the only way you can really serve the Lord was by keeping the Law. They placed so much emphasis on outward actions that they all but ignored their hearts. Moreover, they taught others to do the same.

As Christ put it, “You Pharisees clean the outside of the cup and dish, but inside you are full of greed and wickedness” (Luke 11:39). Jesus called us to something better.

In the Sermon on the Mount, Christ clearly states that God cares as much about what happens in our hearts as what happens with our hands (Matthew 5:21-30). John echoed those sentiments when he wrote, “Anyone who hates a brother or sister is a murderer” (1 John 3:15). Clearly, Scripture teaches that we cannot be content to simply contain the hate within us.

In some ways, our culture should make following that counsel easier than in previous generations. After all, it has seldom been simpler to let hate slip from our hearts to our mouths–or, more often, our fingertips–than it is today. Social media has not only given us more opportunities to fall in this regard, but it has also made it more socially acceptable to do so given that our words will usually fall amidst a chorus of equally angry comments.

Christians today should be more aware than ever before that if we allow hate to remain in our hearts, it will eventually find its way out. That’s a good thing because it means we have no room for allowing hate to fester beneath the surface. If our cup isn’t clean on the inside, then we can be sure it won’t take long until the outside is just as filthy.

Does God hate the same people you do?

Where all of this becomes most critical for Christians today is when we come to hate a culture that increasingly appears to hate us. It doesn’t take much of a push for righteous anger to transform into sinful hatred. As our society continues to praise that which God denounces and values that which the Lord despises, it will be ever more difficult for us to continue to love the lost as our heavenly Father does. Yet we cannot afford to settle for anything less than that standard.

To that end, Anne Lamott offers a helpful warning sign that we’re headed down a troubling path: “You can safely assume you’ve created God in your own image when it turns out that God hates all the same people you do.”

Hate is a natural part of our human existence, but that doesn’t make it any less sinful when directed toward people God loves just as much as you and me. So, ask yourself a simple question: Does God hate the people you hate–or will you love the people he loves?

How you answer that question will go a long way toward determining your impact on the kingdom and culture today.