Which Are the “Most Sinful States” in the US? 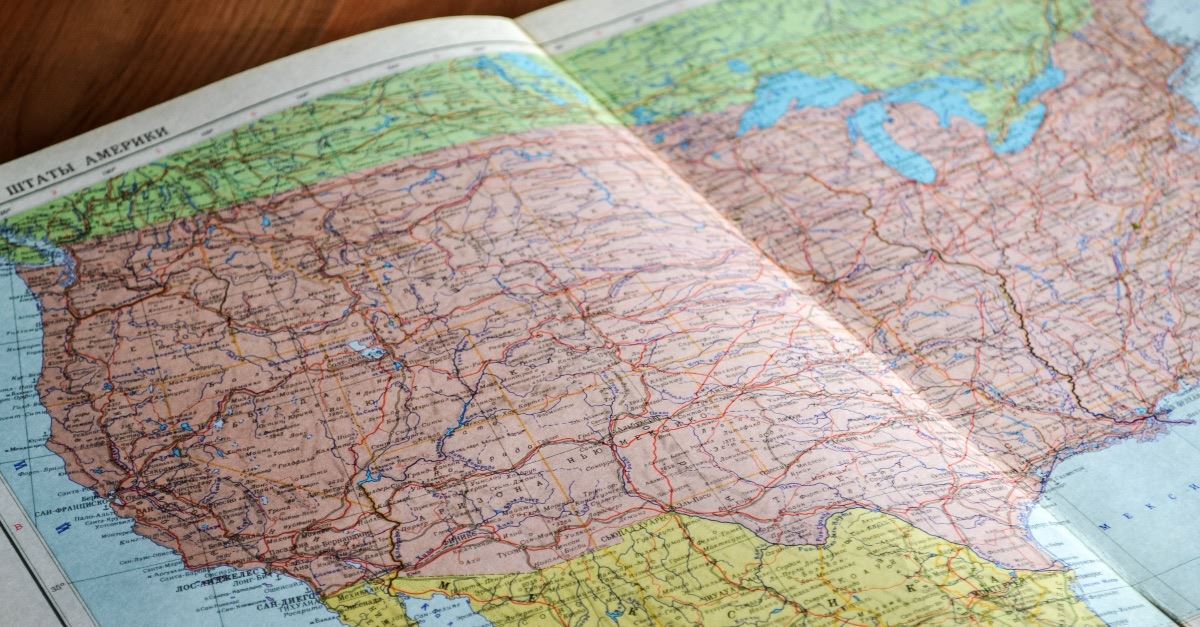 Which Are the “Most Sinful States” in the US?

Unsurprisingly, Nevada ranks first, primarily because of “greed” and “lust.” Florida comes in second because of “jealousy,” “lust,” and “vanity.” The rest of the top (or bottom) ten in order: California, Texas, Tennessee, Louisiana, Georgia, Illinois, Michigan, and Arizona. The least sinful states in order are Vermont, Maine, North Dakota, Nebraska, and Idaho.

Sin may be measured collectively, but it is committed personally. And it never stays secret.

A Minnesota man was eating a hot dog at a hockey game last month. He wiped his mouth with a napkin and tossed the remains in the trash. Authorities then used DNA on the napkin to tie him to an unsolved murder from 1993.

In similar news, DNA from a genealogical database has led authorities to arrest a Colorado man for the murder of an eleven-year-old girl in 1973. Last fall, DNA evidence led to an arrest in a 1997 murder.

Meanwhile, prosecutors in the Jussie Smollett case say they have the $3,500 check used by the actor to pay two brothers to stage his assault last month. Smollett was arrested yesterday for allegedly filing a false report about the January 29 incident. After paying a $10,000 bond, he was released and is due back in court on March 14.

Chicago Police Superintendent Eddie Johnson alleged yesterday that the brothers’ motive for helping Smollett was money. “There was never a thought in their mind that we would be able to track them down,” he added.

Why temptation is so tempting today

There’s something about temptation that causes us to think this warning doesn’t really apply to us. We will get away with it. No one will know, no one will be hurt, no consequences will follow. Or so we think.

Here’s why the temptation to yield to temptation is especially tempting in our culture.

Our post-Christian, relativistic society has jettisoned the concept of absolute truth and morality. In such a worldview, “sin” is a subjective idea rather than an objective reality.

As a result, sins are no longer objectively sinful. It’s easier for Satan to tempt us to sin if we don’t believe in sin.

“There is no such thing as the devil”

It’s also easier for Satan to tempt us to sin if we don’t believe in him. A Barna survey found that nearly 60 percent of American Christians believe the devil “is not a living being but is a symbol of evil.”

An article in Psychology Today was blunt: “There is no such thing as the devil, just as there is no such thing as fairies, imps, or goblins. The two largest religions in the world–Christianity and Islam–teach that there is a devil. And they are wrong. There is no evidence for such a thing. Not a shred. It is simply something that germinated from the unscientific, irrational minds of early humans.”

Of course, that’s just what the devil wants us to think.

(For more, please watch Does Satan exist?, the most recent YouTube video from our new series, “Biblical Insight to Tough Questions.”)

The two categories of sin

The first step in defeating temptation is to admit that sin exists and the tempter is real. The second is to understand his strategy.

In essence, there are two categories of sin.

The first includes those temptations you and I can defeat in our ability. For instance, I happen not to be susceptible to illegal drugs. (I’m not boasting–there are other temptations to which I am far less immune). You can name sins that are easy for you not to commit.

The second category includes those temptations you and I cannot defeat in our ability. When we face these attacks, we need to turn immediately to God for help, knowing that “he commands even the unclean spirits, and they obey” (Mark 1:27).

Here’s the problem: Satan seeks to mask these temptations so that we think they belong to the first category. That way, we’ll try to resist them in our strength rather than turning to God for his help. Satan wants to draw us into spiritual quicksand a foot at a time until we are trapped.

The solution is for us to take all temptation immediately to God, asking for his strength to refuse. Here’s how: “Submit yourselves therefore to God. Resist the devil, and he will flee from you” (James 4:7).

Submit and you can resist. Resist and you will win. Every time.

If you think you’re getting away with sin

One: Satan is playing the long game.

When we defeat him with God’s help, he will bring this temptation against us again later. He wants us to think we didn’t win the victory since we’re facing the same temptation.

After Jesus defeated him in the wilderness, the devil “departed from him until an opportune time” (Luke 4:13). He does the same with us. Every time we face temptation, even the same temptation, we must “submit” and “resist.”

Two: The time to repent is now.

If you think you’re getting away with sin, you’re not. The enemy might be waiting until you climb further up the ladder so that your fall will hurt even more people as you plummet down.

“Repent therefore, and turn again, that your sins may be blotted out” (Acts 3:19) is a present-tense imperative, an ongoing command for each of us.

Is it relevant for you today?