What Would Martin Luther King, Jr. Say about Abortion? 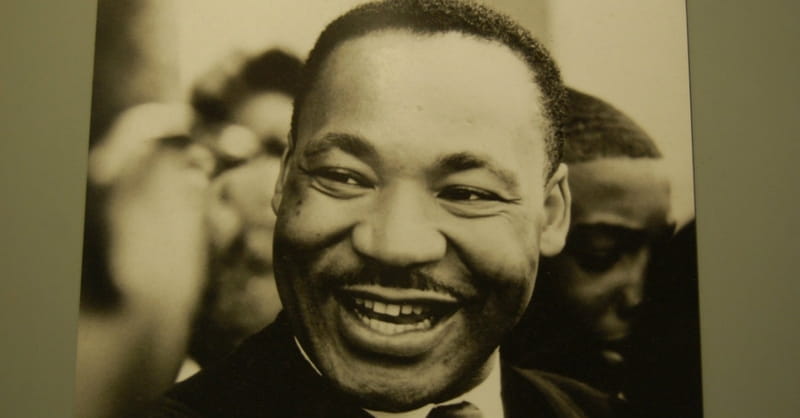 What Would Martin Luther King, Jr. Say about Abortion?

As a result, today we honor Dr. King. Yesterday, thousands of churches across the country honored the sanctity of life. What would Martin Luther King Jr. say about abortion and the cause of life?

Planned Parenthood gave Dr. King its Margaret Sanger Award in 1966. However, at that time the organization was still publishing a pamphlet that stated, "Is birth control abortion? Definitely not. An abortion kills the life of a baby after it has begun. It is dangerous to your life and health." The organization supported birth control but opposed abortion and changed its stance on the latter years after Dr. King was assassinated.

According to his niece, Dr. Alveda C. King, her uncle "was pro-life, pro-abstinence before marriage, and based his views on the unchanging Word of God." Dr. King was assassinated five years before the Supreme Court legalized abortion. Were he alive today, I wonder what he would say about the sanctity of life, in his own words.

In accepting the 1964 Nobel Peace Prize, Dr. King stated, "Civilization and violence are antithetical concepts." Would he extend his logic to violence against the unborn? As Thomas Jefferson observed, "The care of human life and happiness, and not their destruction, is the first and only object of good government."

In his "Letter from a Birmingham City Jail," Dr. King asserted that "injustice anywhere is a threat to justice everywhere." Would he include injustice against the unborn and against mothers pressured to abort their children? As NPR commentator Frederica Mathewes-Green notes, "Abortion is not a sign that women are free, but a sign that they are desperate."

In "The American Dream," Dr. King stated, "We must keep our moral and spiritual progress abreast with our scientific and technological advances." What would he say about abortion-causing drugs now available without parental consent?

Delivering the commencement address for Oberlin College, Dr. King warned: "It may well be that we will have to repent in this generation. Not merely for the vitriolic words and violent actions of bad people, but for the appalling silence and indifference of the good people who sit around and say, 'Wait on time.'" What would he say to those who know life begins at conception but do not use their influence to defend the unborn?

Dr. King's widow, in supporting the creation of Martin Luther King Jr. Day, stated: "As a nation chooses its heroes and heroines, a nation interprets its history and shapes its destiny. The commemoration of the life and work of Martin Luther King Jr. can help America realize its true destiny as the global model for democracy, economic and social justice, and as the first nonviolent society in human history."

Let us heed Dr. King's wisdom as we stand for the sanctity of all people of all races, from the moment of their conception, to the glory of God.