What Princess Leia Says about Us 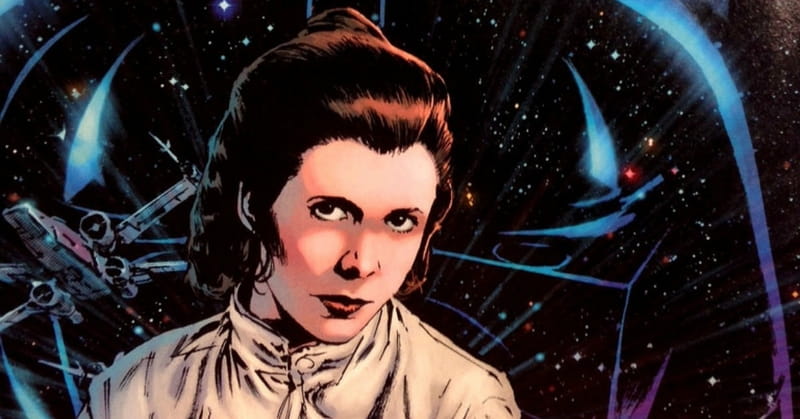 What Princess Leia Says about Us

Carrie Fisher’s death shocked the world yesterday. After she died, I spent some time learning about her life. What I found surprised me.

Fisher was an unlikely candidate for Star Wars fame. She was chosen over Meryl Streep, Glenn Close, Jane Seymour, and several other famous actresses. Star Wars was her first movie; she was only twenty when it made her an international film star.

Surprisingly, she did not consider herself a good actress and hated her costumes, hair style, and dialogue in the Star Wars movies. At one point George Lucas nearly cut her from the script. She once said that she would have turned down the role of Princess Leia if she had known it would lead to such celebrity. In her memoir, Wishful Drinking, she tells her readers, “George Lucas ruined my life.”

It’s ironic that Princess Leia was so challenging to the actress who played her, yet the character became a global icon. What does her enduring popularity say about us?

We applaud self-sufficient heroes, especially when they are women. Audiences cheered when Princess Leia shot Imperial stormtroopers, stood up to Han Solo, and helped defeat the evil Empire. Think about our most popular fictional characters—how many of them overcame enormous odds to prevail against powerful foes?

In Poetics, Aristotle discusses the cathartic effect of drama, noting that when we watch a play, we feel what the actors feel. Their pain is our suffering, their victories our triumphs. When Princess Leia strangles Jabba the Hutt, we feel liberated from whatever enemy has enslaved us.

But then the movie ends, and we step from the darkened theater into the even darker world.

Carrie Fisher knew the fleeting nature of fictional fame better than most. She was the daughter of two of Hollywood’s biggest stars in the 1950s—Debbie Reynolds and Eddie Fisher. She once told an interviewer, “I knew better than I knew anything that what happens with stardom, with fame, is it goes away, and it leaves you in a humiliated space.” She struggled with bi-polar disorder and addictions to cocaine and prescription medication. At one point she received several electroconvulsive therapy treatments.

There really is a Galactic Empire ruled by an evil emperor. The Dark Side is indeed powerful. But the Force is more than an impersonal “energy field created by all living things,” as Obi-Wan Kenobi misled Luke Skywalker. The Force is a Person who came to our rebellious planet so that we “may have life and have it abundantly” (John 10:10).

Unfortunately, for many in our culture, Jesus is no more personal than the Force. How abundant is your life in him today?

Carrie Fisher once described herself as an “enthusiastic agnostic who would be happy to be shown that there is a God.” In the last line in her last Star Wars film, she says to Rey, “May the Force be with you.” But that’s not the question. Jesus is with us “to the end of the age” (Matthew 28:20).

Here’s the question: are we with him?