What I Would Have Added to the Royal Wedding 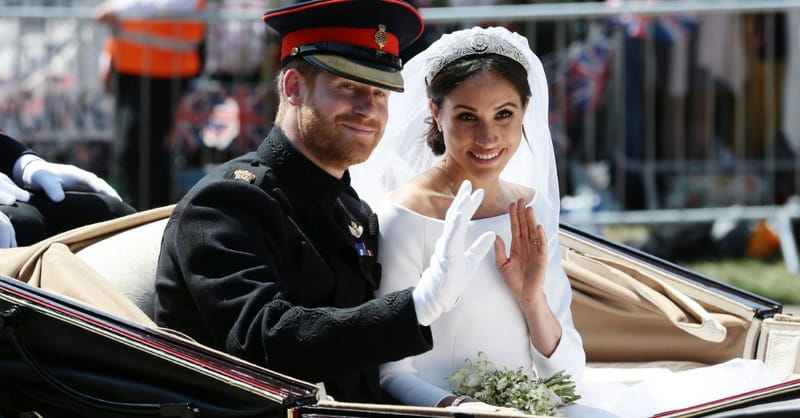 What I Would Have Added to the Royal Wedding

History was made Saturday in Great Britain. The day after another horrific shooting, this time in Santa Fe, Texas, it was good to watch good news. When Prince Harry and Meghan Markle were married before a watching world, we witnessed a fascinating mix of tradition and innovation.

There was much in the wedding to celebrate. But I would have added a vital element to the ceremony.

Seated directly opposite Queen Elizabeth II was Meghan Markle’s mother, Doria Ragland, a descendant of slaves on plantations in the American South. A black choir sang; a black cellist performed; a black minister preached. African-American women flew from America to join the procession in the streets and participate in history.

Denise Crawford, a court stenographer from Brooklyn, made my favorite observation of the day: “One of the children of slaves is marrying a royal whose forerunners sanctioned slavery; the lion is lying down with the lamb.” She added, “Today is a day that history will never forget.”

The couple’s decision to wed on a Saturday was unusual, as royal weddings usual occur on weekdays. The Queen was married on a Thursday; William and Kate were married on a Friday.

However, their choice of Windsor Castle was traditional, making them the sixteenth royal couple to celebrate their marriage at the castle since 1863. I have visited the site and can attest to its stunning architecture and remarkable history.

The castle was built in the eleventh century after the Norman invasion of England by William the Conqueror. It is the now the longest-occupied palace in Europe.

St. George’s Chapel, the site of the wedding service, was established in the fourteenth century and expanded in the following centuries. Henry VIII is buried there; Queen Elizabeth plans to be buried there as well.

The Bible commends the significance of history and tradition. It instructs the Jewish people to remember the Exodus during each year’s Passover (Exodus 12:26-27) and encourages us to learn from past events as an “example” for our faith (1 Corinthians 10:11). It was good to see a wonderful royal tradition continue.

A powerful sermon on love

American Episcopal Bishop Michael Curry delivered an impassioned sermon. He has been criticized for his support for gay marriage and commended for his work with social justice and immigration.

In his powerful message, he stated that “Jesus began the most revolutionary movement in human history. A movement grounded in the unconditional love of God for the world–and a movement mandating people to live that love, and in so doing to change not only their lives but the very life of the world itself.”

Everything he said was true. I wouldn’t change a word of his sermon. But I would add a section to it.

I would add that the way we experience this life-changing love is by repenting of our sins and making Jesus Christ our Lord and Savior. I would add that Jesus alone is the way, and the truth, and the life, and that no one comes to the Father except through him (John 14:6). I would add, as Peter testified, “There is salvation in no one else, for there is no other name under heaven given among men by which we must be saved” (Acts 4:12).

My statement is not a personal criticism of Bishop Curry. I have attended many weddings over the years where the biblical plan of salvation was not clearly presented. Each time, I have lamented that those in attendance, many of whom do not regularly attend church services, did not learn how they could experience eternal life in Christ.

Queen Elizabeth has been a strong Christian since she was young. In Sally Bedell Smith’s Elizabeth the Queen (an excellent biography I highly recommend), we learn that her mother read Bible stories to her and instructed her in the Book of Common Prayer. As a result, she “developed a deeply held Christian faith” and still kneels to pray each night.

However, unlike the Queen, many in our culture see biblical morality as irrelevant if not dangerous. Prince Harry and Meghan Markle lived together for several months before their marriage, as did William and Kate before theirs. Many of the celebrities who attended the wedding have been outspoken in their rejection of biblical sexual morality.

The answer is not to condemn people but to invite them to know and follow Jesus. When people meet him, they become a “new creation” (2 Corinthians 5:17). But only then.

The wedding that made history is now history. But we can continue to celebrate inclusiveness and learn from history. And we can make sure those we influence know how to know Jesus personally.

As C. S. Lewis noted, “We are summoned . . . to combine as creatures with our Creator, as mortals with immortal, as redeemed sinners with sinless Redeemer.” Will you honor your Redeemer by sharing your redemption today?

Photo: Prince Harry, Duke of Sussex and Meghan, Duchess of Sussex wave from the Ascot Landau Carriage during their carriage procession on Castle Hill outside Windsor Castle in Windsor, on May 19, 2018 after their wedding ceremony.