What Hawaii Volcano Survivors Can Teach the World 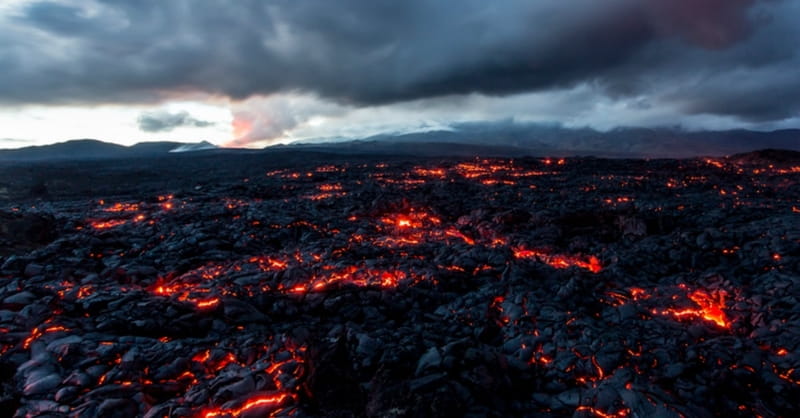 What Hawaii Volcano Survivors Can Teach the World

Hawaii’s Kilauea volcano is spewing lava more than three hundred feet into the air–higher than the Statue of Liberty. As the eruption proceeds, lava fountains could shoot even higher, reaching up to a thousand feet.

There is no indication how far the lava will spread or when it will stop. At least twenty-six homes were destroyed yesterday, forcing more than 1,700 residents to evacuate.

Those who left their homes are resolute, however.

One resident grew up in the area and has lived in her house for nine years. “The volcano and the lava–it’s always been a part of my life,” she said. “It’s devastating . . . but I’ve come to terms with it.”

Another woman told a reporter, “We’ll be fine. We’ll just rebuild. We’ll just start again.” Her daughter added, “This island is so crazy. You have death around every corner. You have flash floods, tsunamis. Now we have lava. But I love it. I wouldn’t change it for the world.”

A call to courage

Most of us cannot imagine choosing to live near the world’s most active volcano. We can shake our heads at the foolishness of such people.

Or we can learn an important lesson from their intrepid courage.

The island of Hawaii is often called the “Big Island” since it is one of a chain of islands that make up the state of Hawaii. It is one of the most remarkable places in the United States.

Its highest mountain is Mauna Kea. Measured from its base on the seafloor to its highest peak, it is the world’s tallest mountain, taller even than Mount Everest. The island is home to stupendous waterfalls, rainforests, and botanical gardens.

I was recently talking with a friend who lived for many years in the state of Hawaii. I asked him which of the islands he would visit for vacation, and he picked the Big Island immediately. It is a challenging place, but those who choose to live there believe its rewards outweigh its costs.

Ralph Waldo Emerson: “Whatever you do, you need courage. Whatever course you decide upon, there is always someone to tell you that you are wrong. There are always difficulties arising that tempt you to believe that your critics are right. To map out a course of action and follow it to an end requires some of the same courage that a soldier needs. Peace has its victories, but it takes brave men and women to win them.���

The highest goal in life

Romans 8:29 explains our Father’s purpose for his children: “To be conformed to the image of his Son, in order that he might be the firstborn among many brothers.” God’s goal for every one of us is that we exhibit the character of Jesus to the world.

This is the highest goal we can imagine. To be in any way like the sinless Son of God is an aspiration beyond any human ambition. You could seek to become the wealthiest person on earth, or the most famous, or the most popular. But none of these goals would outlive you.

To be like Jesus is to bring heaven to earth and eternity into time. To be conformed to the image of God’s Son is to make a mark on every soul you meet. To the degree that we fulfill God’s purpose for us, we choose lives that are triumphant on earth and rewarded forever.

But such a goal comes at a cost.

People who live like Jesus are empowered by prayer, beginning the morning with their Lord (Mark 1:35), withdrawing to “desolate places” to pray (Luke 5:16), and sometimes praying for extended periods (Matthew 14:23; Luke 6:12).

They love people the world rejects, from “sinners” (Mark 2:16) to lepers (Luke 5:12-13) to outcasts (John 4). They speak truth to power whatever the cost to themselves (Matthew 23). When their Father asks them for sacrificial obedience, they respond: “Not as I will, but as you will” (Matthew 26:39).

The purpose of God requires the power of God

Does being Christlike seem beyond your reach? I feel the same way. When I measure myself by Jesus, I see how far I am from where God wants me to be.

But our failings are not the end of God’s redemption.

If you can fulfill your life purpose without the supernatural power of God, your aim is too low. It takes the power of God to accomplish the purpose of God.

Frederick Buechner: “What is both good and new about the good news is the wild claim that Jesus did not simply tell us that God loves us even in our wickedness and folly and wants us to love each other the same way and to love God too, but that if we will allow it to happen, God will actually bring about this unprecedented transformation of our hearts himself.

“What is both good and new about the good news is the mad insistence that Jesus lives on among us not just as another haunting memory but as the outlandish, holy, and invisible power of God working . . . in countless hidden ways to make even slobs like us loving and whole beyond anything we could conceivably pull off by ourselves.”

Would you ask Jesus to make you more like Jesus today?