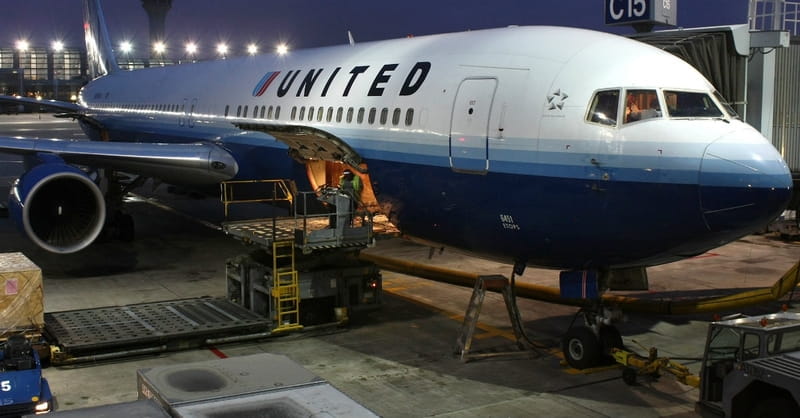 United Airlines Flight 3411 was departing Sunday from Chicago for Louisville, Kentucky. The flight was overbooked, so the airline notified passengers that it would need four people to volunteer for a later flight. None did.

The airline offered passengers $400 and a night in a hotel, but no one accepted. They increased their offer to $800 and a hotel room. Still, no one accepted. A manager then came on board to announce that a computer was going to select four passengers randomly.

A United employee first approached a couple who left the plane without incident. A third person was chosen. He told officials that he was a doctor and was needed in Louisville on Monday morning to see patients. Three security officers confronted the man as he was talking on his cell phone to his lawyer. When he refused to get up, they pulled him from his seat and dragged him from the airplane.

A passenger recorded a video of the incident. It quickly went viral.

United Airline CEO Oscar Munoz said in a statement, “I apologize for having to re-accommodate these passengers. Our team is moving with a sense of urgency to work with the authorities and conduct our own detailed review of what happened. We are also reaching out to this passenger to talk directly to him and further address and resolve this situation.”

As many on social media have noted, United had a simple solution: keep offering incentives until someone accepts. The airline could have saved itself horrible publicity and a probable lawsuit.

Here’s an interesting fact: United did what all airlines used to do. Randomly removing passengers from overbooked airplanes was airline policy until economist Julian Simon offered a solution. A 2014 article for Fortune explained his proposal: airlines should auction off the right to be bumped by offering vouchers that go up for overbooked flights.

Simon made his suggestion in the 1960s but wasn’t able to get regulators interested until the 1970s. Until that time, airlines deliberately did not fill their planes. As a result, they had to charge customers more to compensate for their empty seats.

Economist James Heins estimates that the shift to passenger compensation led to savings in the US economy of $100 billion over the last three decades. It allowed airlines to operate at a higher capacity, making flights more profitable while reducing airfares and increasing tax revenues.

Simon understood a basic fact of human nature that United seems to have overlooked: people respond to incentives. Why is this?

We could cite greed, a perennial fact of human nature. We could also point to the related enticement of getting something for nothing (or at least for less than the reward offered).

But there’s another factor here as well: we were designed to seek appropriate reward for appropriate behavior.

We expect a passenger who gives up a seat for the sake of others to be compensated. In the same way, Jesus taught that the steward who maximizes his master’s resources will be told, “Well done, good and faithful servant” (Matthew 25:21, 23). The Bible describes a variety of “crowns” as rewards in heaven.

Should we serve God merely for his reward? Obviously not. In fact, if we are serving Jesus for ourselves, we are not actually serving him at all. But should we rejoice that our Lord rewards our faithful service? Absolutely. In fact, his eternal reward far outweighs all that it costs on earth.

NOTE: I am writing Holy Week devotional articles for our website. To read today’s devotional, click here. I also invite you to join me at Dallas Baptist University for the eighth annual Easter Eve Service. We will meet on Saturday, April 15, at 6:00 PM in Pilgrim Chapel. I will share a message from God's word as we celebrate our Risen Lord together. I welcome you to bring any family and friends who may wish to join us for this special service. There will be a reception at 5:00 PM and 7:00 PM.

Please RSVP your attendance to Alyssa Furr at [email protected] or call her at 214-333-5408. To learn more, visit www.dbu.edu/easter.