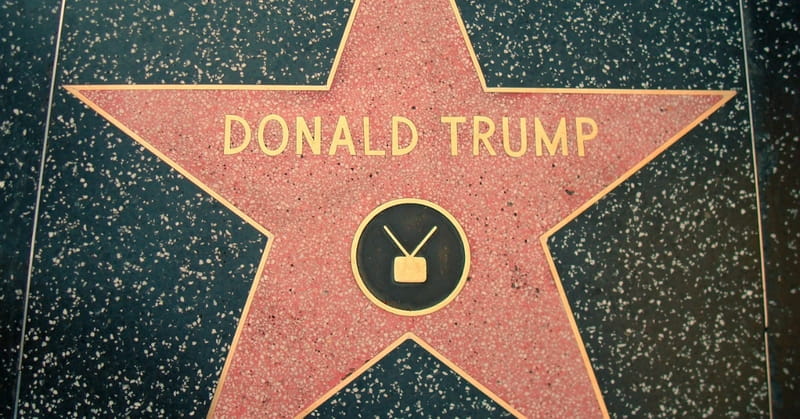 Donald Trump was given a star on the Hollywood Boulevard Walk of Fame in 2007. In recent years, his star has been defaced several times.

The latest attack came yesterday morning when a man removed a pickax from a guitar case and smashed the red marble marker bearing the president’s name. Police arrested a twenty-four-year-old man named Austin Clay, who did not reveal a motive for the alleged vandalism.

In other news, a soccer player named Jaelene Hinkle was cut from Team USA before its upcoming tournament. The story is making headlines because Hinkle, a devout Christian, declined to play on the national team last year. Her reason: the US wore rainbow-colored numbers on their jerseys to celebrate Pride Month, a position her faith and conscience could not support.

On July 18, she received a call-up to the national team. LGBTQ advocates were outraged. Then she was cut five days later. Even her critics call her the best player in the league at her position. Now many are wondering if she was cut because of her religious beliefs.

In better news, US pastor Andrew Brunson has been released from prison in Turkey. However, he is still under house arrest and faces up to thirty-five years in prison.

In Psalm 35, David describes his enemies: “Malicious witnesses rise up; they ask me of things that I do not know. They repay me evil for good; my soul is bereft” (vv. 11-12). How does he respond?

“But I, when they were sick–I wore sackcloth; I afflicted myself with fasting. I prayed with head bowed on my chest. I went about as though I grieved for my friend or my brother; as one who laments his mother, I bowed down in mourning” (vv. 13-14).

The best test of our character is how we respond to people we don’t have to treat well. This fact especially applies to those who have mistreated us, people for whom our retribution would be expected.

Grace and mercy at these times are particularly surprising and powerful.

There’s a story about Robert E. Lee that illustrates such behavior. When the general was called to testify at the trial of a man known to be his enemy, he surprised the court by saying very kind things about the defendant.

The prosecutor protested, “But don’t you know what he has said about you?”

Christians, of all people, should be especially known for such forgiveness, for four reasons.

One: We are merely giving what we have received.

We forgive others because we have been forgiven, “paying forward” the grace God has given us. We are to “be kind to one another, tenderhearted, forgiving one another, as God in Christ forgave you” (Ephesians 4:32).

Two: We know that lost people are lost.

Paul warned that non-believers “are darkened in their understanding, alienated from the life of God because of the ignorance that is in them, due to their hardness of heart” (Ephesians 4:18). Darkness rebels against light (John 3:20).

However, knowing that non-Christians are deceived does not make us better than them. A patronizing, superior spirit toward our fallen culture is both unbiblical and disastrous to our witness. When we see people acting in ungodly ways, we should always respond, “There but for the grace of God go I.” This is literally true.

Three: Satan attacks our Father by attacking his children.

The devil knows he cannot assault God. But he also knows that the best way to hurt any father is to hurt his children. Satan is “the god of this world” who has “blinded the minds of the unbelievers” (2 Corinthians 4:4). Therefore, as Jesus warned us, “In the world you will have tribulation” (John 16:33).

Four: We must love our neighbor to love our Lord.

When asked “which is the greatest commandment in the Law?” (Matthew 22:36), Jesus responded with two: “You shall love the Lord your God” (v. 37) and “You shall love your neighbor as yourself” (v. 39). But the two are conjoined twins, each requiring the other.

You cannot say that you love me if you hate my children. God measures our love for him by our love for others, especially those who do not love us. G. K. Chesterton: “The Bible tells us to love our neighbors, and also to love our enemies; probably because generally they are the same people.”

Why loving others is good for us

The people we find hard to love are the very people we most need to love–for their sake and for ours as well.

When we return grace for hostility, something happens inside us. We find ourselves less able to hate them, even if they hate us. We sense the burden of our pain beginning to lighten. We find that we can breathe in the grace of Jesus and breathe out his mercy for others.

Imagine the difference in our broken world if two billion Christians practiced such love. But every movement must begin somewhere, with someone.

Craig Denison: “Loving others always has to start with you. You can’t expect others to change before you choose to love them. The Lord doesn’t call us to wait for others to get their lives sorted out before we pursue unity. He’s asking us to choose obedience to him by loving others even when they don’t deserve it.”

With whom will you begin today?