The ‘State of the Union’ is Divided: How Should Christians Respond? 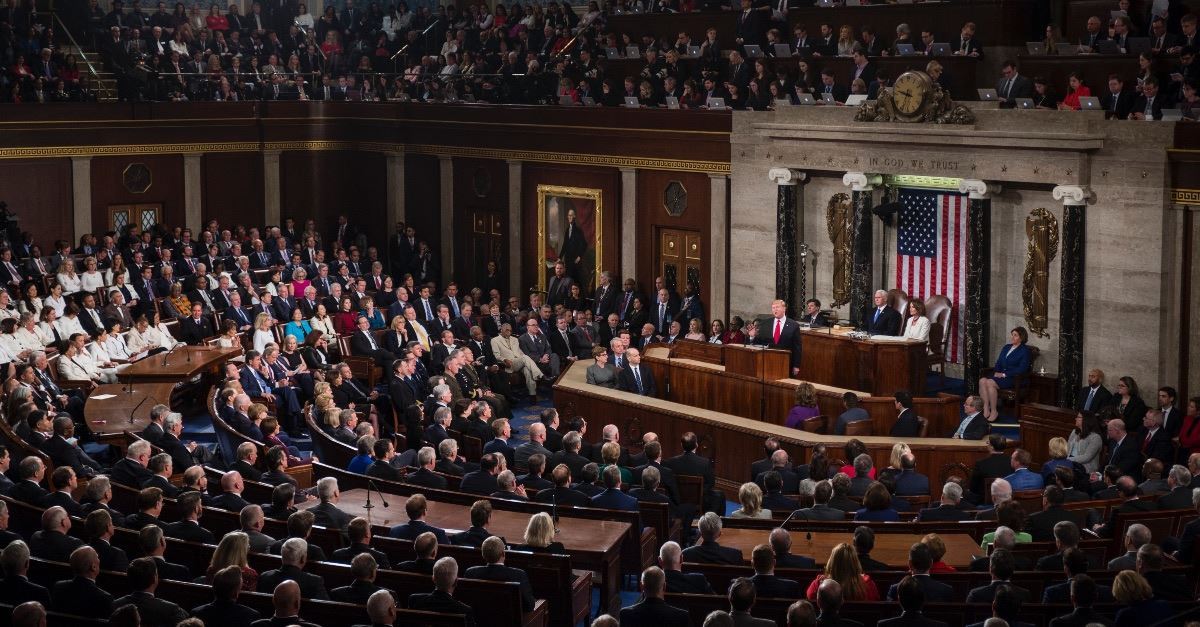 The ‘State of the Union’ is Divided: How Should Christians Respond?

President Trump delivered the 2019 State of the Union address last night before a joint session of the 116th Congress. I watched the address, then surveyed coverage of it this morning. It is as if there were two different speeches delivered.

The Blaze headlines: “An astounding number of viewers approved of Trump’s State of the Union speech–here are the results.” A Fox columnist claims that “once again, America saw that Trump on the stump is very, very good.”

By contrast, the Washington Post is carrying a column titled “More Trump fantasyland as the world fries.” CNN has an article titled “Critics laugh off Trump’s mispronunciations once again.” Van Jones claimed that the speech was “psychotically incoherent.”

None of this should surprise us.

Who is neutral about the president?

The New Yorker interviewed a Georgetown University scholar this week who called President Trump “an amateur in the White House” and claimed that he “looks hideously weak.” By contrast, White House press secretary Sarah Sanders recently called Mr. Trump “the most productive President in modern history” and claimed, “It’s indisputable that our country has never been stronger than it is today under the leadership of President Trump.”

It seems difficult to find someone who is neutral about the president. The latest poll shows that 39.9 percent of Americans approve of the job he is doing, while 55.6 percent disapprove. Only 4.5 percent are undecided.

Our divisions over the president reflect a growing partisan divide in our country. Pew Research Center asked more than five thousand people about several specific political issues and found that, on average, there was a thirty-six-point gap between Republicans and Democrats. This is up twenty-one points since Pew began tracking these questions twenty-three years earlier.

A recent survey found that 80 percent of Americans say the country is “mainly” or “totally” divided. NBC News concluded that “Americans are divided over everything except division.”

In 1992, 37 percent of states with Senate races elected a senator from a different party than the presidential candidate supported by that state. In 2016, for the first time in a century, not a single state did so.

There are many reasons for the political divisiveness of our day, from media bias to increasing diversity to polarizing leaders to cultural “bubbles,” in which we live near people like us and listen only to news sources with which we agree.

But these issues, while real, reflect underlying divisions that have become foundational to our culture and are likely to persist for years to come.

For followers of Jesus, these are spiritual issues that transcend political acrimony and presidential approval ratings. How do we speak redemptively to such a divisive day?

Paul’s message to the Areopagus in Acts 17 illustrates the difference. He quotes their poets’ affirmation that “in [God] we live and move and have our being” and “we are indeed his offspring” (v. 28). Their belief that God exists and created us is an “A” doctrine Christians share with most of humanity.

The apostle then moves to their need for repentance and faith in the one whom God confirmed by “raising him from the dead” (v. 31). This is a “B” doctrine. For Greek philosophers steeped in the Platonic bifurcation between soul (good) and body (evil), it is unsurprising that “when they heard of the resurrection of the dead, some mocked” (v. 32a).

However, “others said, ‘We will hear you again about this'” (v. 32b). And “some men joined him and believed, among whom also were Dionysius the Areopagite and a woman named Damaris and others with them” (v. 34). “Dionysius the Areopagite” is believed by Greek Orthodox historians to have become the bishop of Athens and one of their most significant theologians.

Of course, there are times when the Holy Spirit will call us to speak truth to power in confrontational ways. For instance, Peter began his defense before the Sanhedrin by stating, “The God of our fathers raised Jesus, whom you killed by hanging him on a tree” (Acts 5:30). But Keller’s point finds consistent biblical illustration, as when Jesus began his conversation with the woman at the well by asking for water, then led her to living water (John 4).

“When you live in the light of eternity”

In responding to the divisive issues of our day, this A-to-B strategy may prove helpful. What common ground can you find with someone with whom you disagree? What common cause can you advance together? How can you earn the right to speak hard truth in grace?

We’ll discuss practical ways to build such relationships in tomorrow’s Daily Article. For today, let’s decide that we want to.

Unlike the president, our message will not be heard by millions. But the eternal souls we touch are worth the risk of sharing God’s truth with clarity and compassion. Rick Warren: “When you live in the light of eternity, your values change.”

Will you “live in the light of eternity” today?